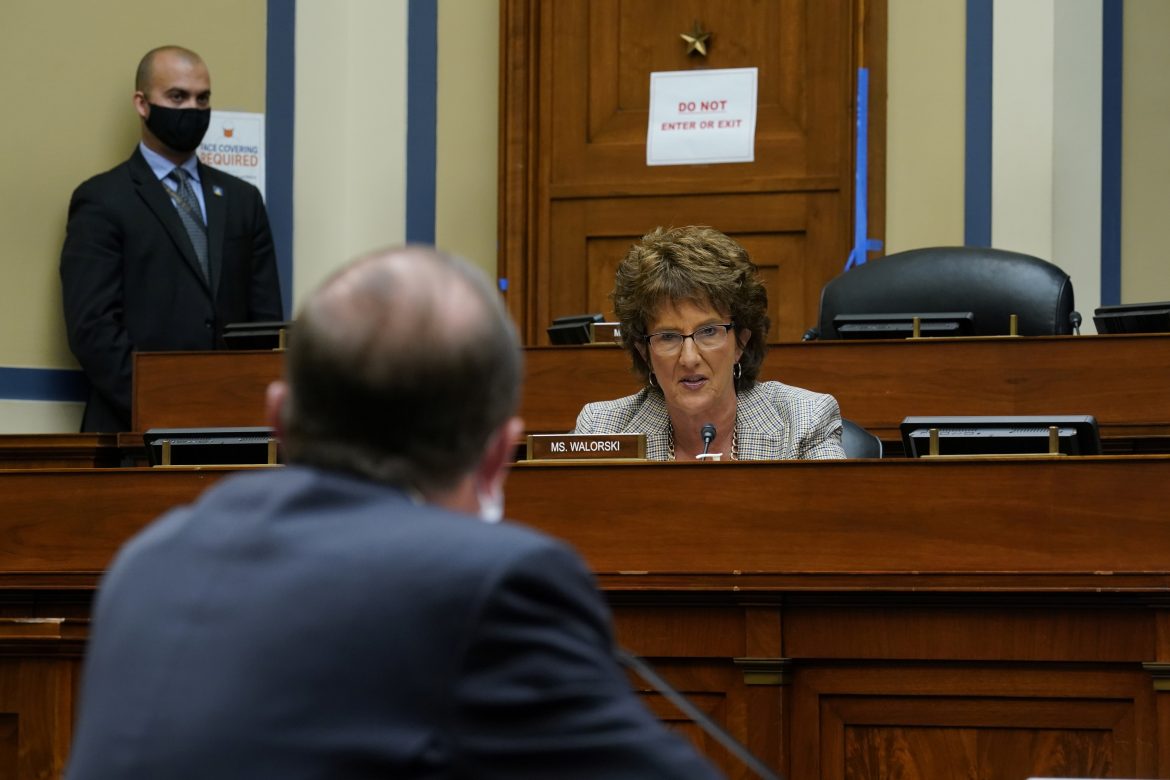 Congresswoman Jackie Walorski, a Republican and practicing Christian who had represented Indiana’s 2nd District since 2013, died alongside two of her staffers and a fourth motorist after a violent crash Wednesday in rural Indiana.

The Elkhart County Sheriff’s Office confirmed on its Facebook account that a car driven by 56-year-old Edith Schmucker of Indiana drifted left of center and collided head-on with an SUV in which Walorski, Zachery Potts, and Emma Thomson were traveling.

Schmucker was pronounced dead at the scene. Walorski (58), Potts (27), and Thompson (28) died as a result of their injuries.

“Dean Swihart, Jackie’s husband, was just informed by the Elkhart County Sheriff’s office that Jackie was killed in a car accident this afternoon,” a tweet on the Congresswoman’s account reads. “She has returned home to be with her Lord and Savior, Jesus Christ. Please keep her family in your thoughts and prayers.”

Dean Swihart, Jackie’s husband, was just informed by the Elkhart County Sheriff’s office that Jackie was killed in a car accident this afternoon. She has returned home to be with her Lord and Savior, Jesus Christ. Please keep her family in your thoughts and prayers.

In a statement, Walorski’s office said of Potts and Thomson, “In addition to the devastating loss of Congresswoman Walorski, it is with a broken heart that I announce the passing of two dedicated members of her staff, Zach Potts and Emma Thomson. They were the epitome of public servants who cared deeply about the work they performed on behalf of the constituents of Indiana’s Second Congressional District.”

“Jackie will be remembered as a fighter with a huge heart that always went the extra mile and I’ll treasure the times we walked a few of those together,” Holcomb tweeted in part of a larger thread. He added, “Every waking moment for Jackie was energetically devoted to improving the lives of all Hoosiers, the epitome of a good and faithful servant. She, and the example she set, will be missed every day forward.”

“This news is absolutely devastating. Jackie was a dear friend, trusted advisor, and the embodiment of integrity who achieved the admiration and respect of all her colleagues in the House,” McCarthy wrote. “She always put others first.”

Speaker of the House Nancy Pelosi (D-Calif.) was similarly kind in her reaction.

“Today, the United States House of Representatives sadly mourns the sudden and tragic passing of Congresswoman Jackie Walorski,” Pelosi said in a statement. “A lifelong Hoosier, Congresswoman Walorski lived a life of service: whether caring for impoverished children in Romania, representing her community in the Indiana Statehouse or serving nearly a decade in the House.  She passionately brought the voices of her north Indiana constituents to the Congress, and she was admired by colleagues on both sides of the aisle for her personal kindness.”

At the congressional level, Walorski had served on the House Ways and Means Committee, Committee on Armed Services, Committee on Veteran’s Affairs, and Committee on the Budget, among several subcommittees. Just last year, she became the ranking member of the House Ethics Committee.

President Joe Biden applauded Walorski for having been a service-minded representative who, while committed to her beliefs, was willing to work with Democrats on bipartisan issues.

“We may have represented different parties and disagreed on many issues, but she was respected by members of both parties for her work on the House Ways and Means Committee on which she served,” Biden said in a statement. “She also served as co-chair of the House Hunger Caucus, and my team and I appreciated her partnership as we plan for a historic White House Conference on Hunger, Nutrition, and Health this fall that will be marked by her deep care for the needs of rural America.

“We send our deepest condolences to her husband, Dean, to the families of her staff members, Zachery Potts and Emma Thomson, who lost their lives in public service, and to the people of Indiana’s Second District who lost a representative who was one of their own.”

Even a cursory glance reveals that Walorski was, in practice, a devout Christian.

A native of South Bend, Indiana, Walorski earned her BA in communication and public administration at Taylor University, an evangelical Christian school in Upland, Indiana, where she enrolled after beginning her college career at Liberty University.

After spending four years working as a broadcast journalist, Walorski served for two years as the director of a chapter of the Humane Society, then transitioned into a career as a fundraiser and worked at different times for two institutions of higher education and a chamber of commerce.

From 2000-2004, she worked as a Christian missionary in Romania, where a nonprofit organization she founded provided medical care to children. Walorski entered politics after her return from Romania.

The investigation into the crash, which is being handled by the Elkhart County Sheriff’s Office and Coroner’s Office, is ongoing.