Indonesian quake rattles residents but only one hurt and minor damage 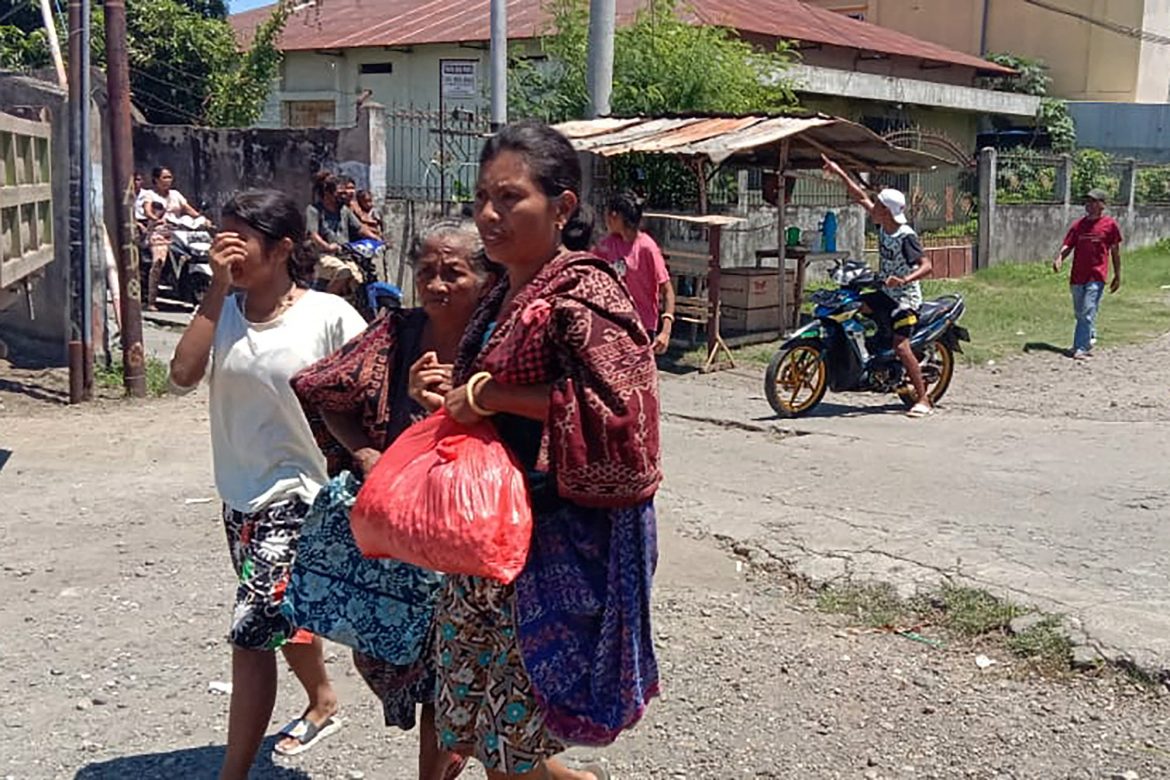 A powerful 7.4-magnitude earthquake struck eastern Indonesia on Tuesday triggering a tsunami warning and sending residents fleeing from their homes but causing only minor damage and injuring one person, authorities said.

The tsunami warning was lifted about two hours after the quake struck at 0320 GMT in the Flores Sea, about 112 km (70 miles) northwest of the town of Larantuka, in the eastern part of Flores island.

“Everyone ran out into the street,” Agustinus Florianus, a resident of Maumere town on Flores, told Reuters. Maumere was badly damaged by a quake of a similar magnitude in 1992.

The U.S. Geological Survey said the quake, had a magnitude of 7.3. It struck at the shallow depth of 12 km. 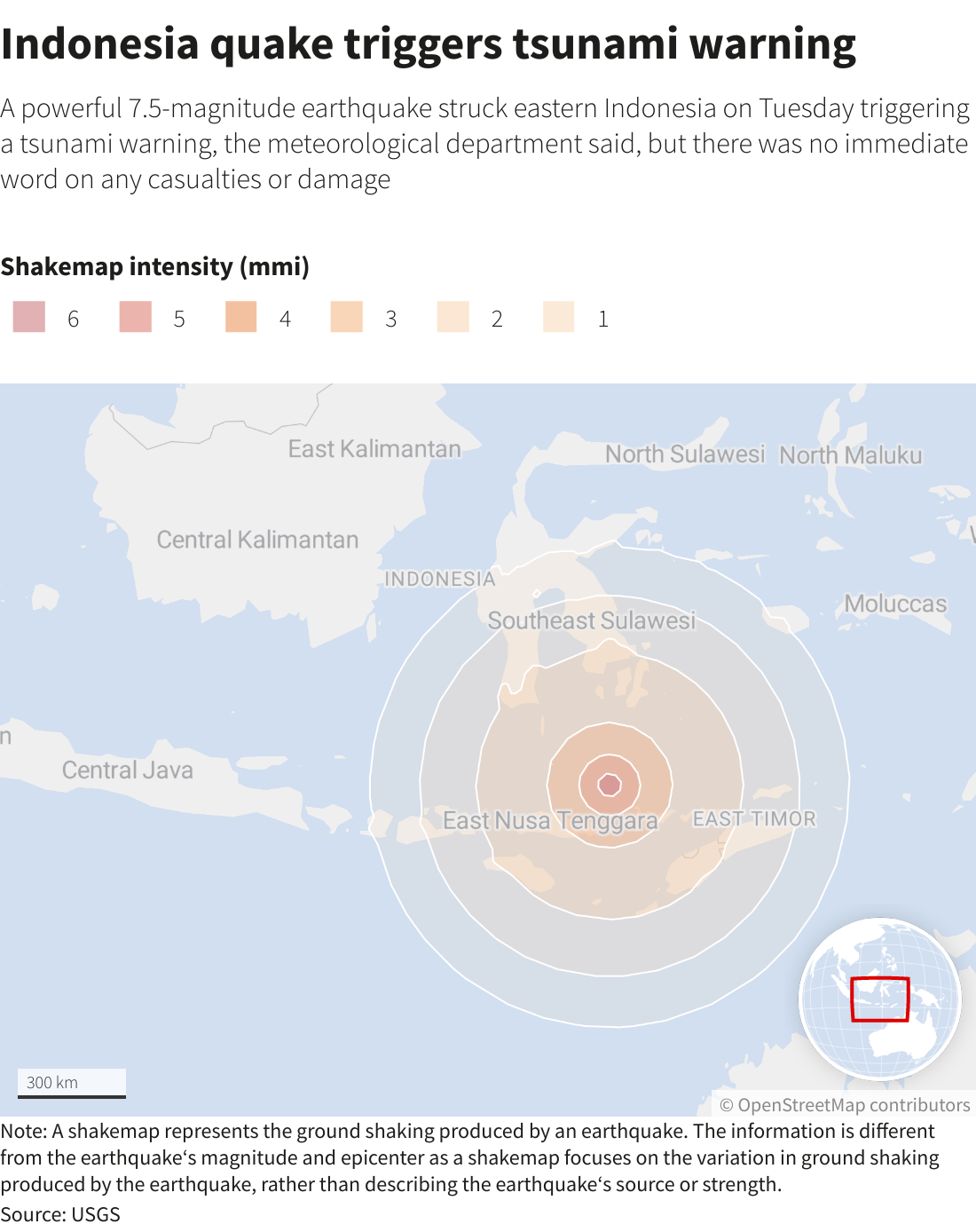 “It felt like a wave, up and down,” Zacharias Gentana Keranz, a resident of Larantuka told Reuters.

The disaster mitigation agency said one person was injured in Manggarai, on Flores, and a school building and several homes were damaged on Selayar island, in South Sulawesi.

The quake, from an active fault in the Flores Sea, was followed by at least 15 aftershocks with the biggest registering magnitude 5.6, the meteorological agency said.

But the quake caused no significant increase in sea levels.

Indonesian earthquakes have triggered many deadly tsunamis, most notably in 2004 when a 9.1 magnitude quake off Sumatra island in the north produced tsunami waves that killed more than 230,000 people in Indonesia, Sri Lanka, India, Thailand and nine other countries.

The U.S-based Pacific Tsunami Warning Center had earlier warned that based on preliminary earthquake parameters, hazardous tsunami waves were possible for coasts located within 1,000 km (621.37 miles) of the earthquake’s epicentre.

Indonesia straddles the “Pacific Ring of Fire”, an area of high seismic activity that rests atop multiple tectonic plates.