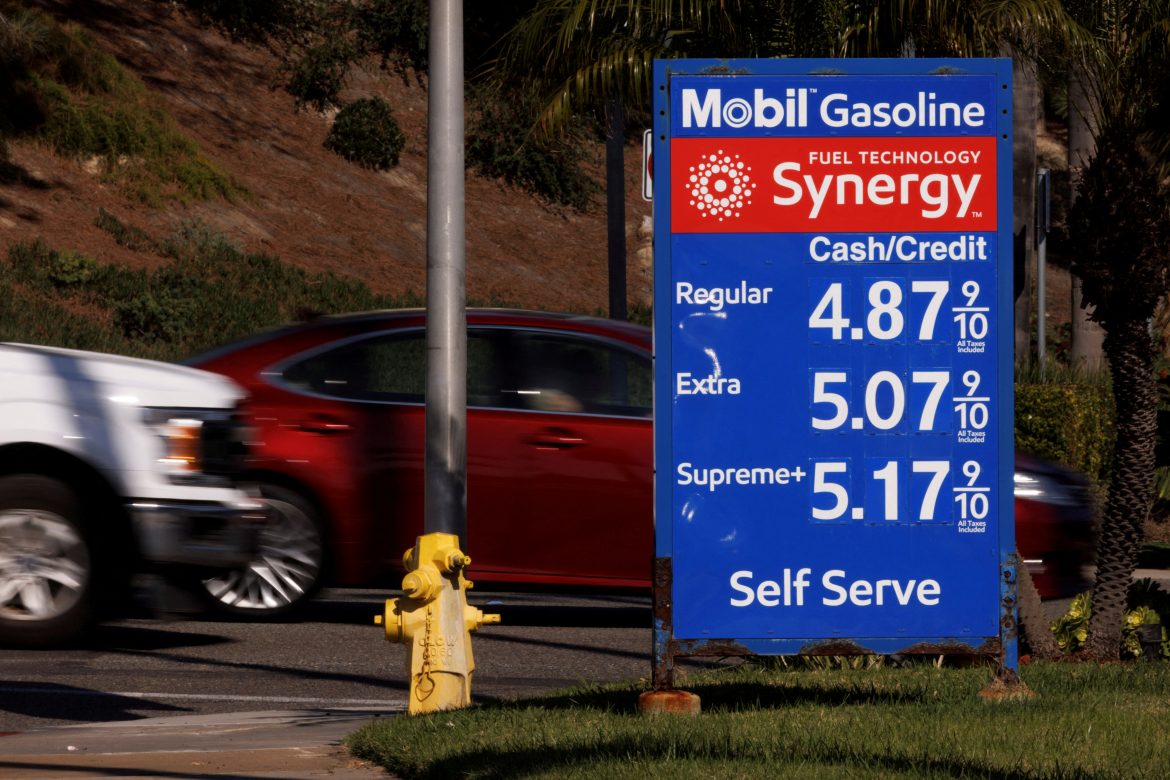 Not since 1982, in the second year of the Reagan administration, has inflation hit Americans as hard as it is hitting them now, but President Joe Biden and his allies insist things are improving.

In its most recent release, the United States Bureau of Labor Statistics indicated a 0.5% overall increase in the Consumer Price Index in the month of December, and a 7% total increase for all of 2021.

The CPI, which gauges the average cost of goods and services consumers purchase and serves as a popular gauge of the real effect of inflation, indicated that the cost of vehicles and energy fell, but groceries, shelter, and other essentials continued to rise.

“Today’s report—which shows a meaningful reduction in headline inflation over last month, with gas prices and food prices falling—demonstrates that we are making progress in slowing the rate of price increases,” Biden said in a statement. “At the same time, this report underscores that we still have more work to do, with price increases still too high and squeezing family budgets.

“Inflation is a global challenge, appearing in virtually every developed nation as it emerges from the pandemic economic slump. America is fortunate that we have one of the fastest growing economies—thanks in part to the American Rescue Plan—which enables us to address price increases and maintain strong, sustainable economic growth. That is my goal and I am focused on reaching it every day.”

Prior to this week, Federal Reserve Chair Jerome Powell had shared President Biden’s optimism. However, during his confirmation hearing before the U.S. Senate Committee on Banking, Housing, and Urban Affairs, he referred to inflation as a “severe threat” to economic recovery.

Sen. Ted Cruz (R-Texas) was more pessimistic in his assessment, tweeting, “Inflation is up 7% from a year ago, that’s the highest rate in 40 years. This is nothing short of a Biden inflation disaster that will hurt Americans.”

Many Democratic strategists are predicting that inflation could prove disastrous to their party’s election prospects.

The Washington Post and Yahoo!News released articles within the last 24 hours highlighting the bleak outlook and quote experts who fear the president appears to have lost focus on or failed to prioritize a key issue.

The president’s advisors and staffers have spent considerable time over the past two days trying to place a positive spin on a report that further damages Biden’s economic credibility.  The administration’s hope, it appears, is that Americans will accept as a victory the fact that December’s CPI increased at a rate slightly lower than it had in previous months.

“It’s really important to get under the hood of these monthly inflation reports,” Jared Bernstein, Biden’s economic advisor, told CNN. “And if you look at the change from November to December, inflation is up half a percent. That’s considerably down from October and November, when inflation was up, .8 and .9%, respectively.”

If the Biden administration seems desperate to overcome the inflation issue, it’s because Americans have a long history of voting with their wallets.

Stock markets and unemployment rates can rise or fall and impact a comparatively small number of people. However, when feeding one’s family starts to cost more, everyone feels the direct sting; and it becomes difficult for a president, particularly one who ran on promises of improving the lives of American workers, to explain his way out of a reality in which consumers get less in return for every dollar spent.

DHS unable to account for over 50,000 illegal immigrants released in 2021