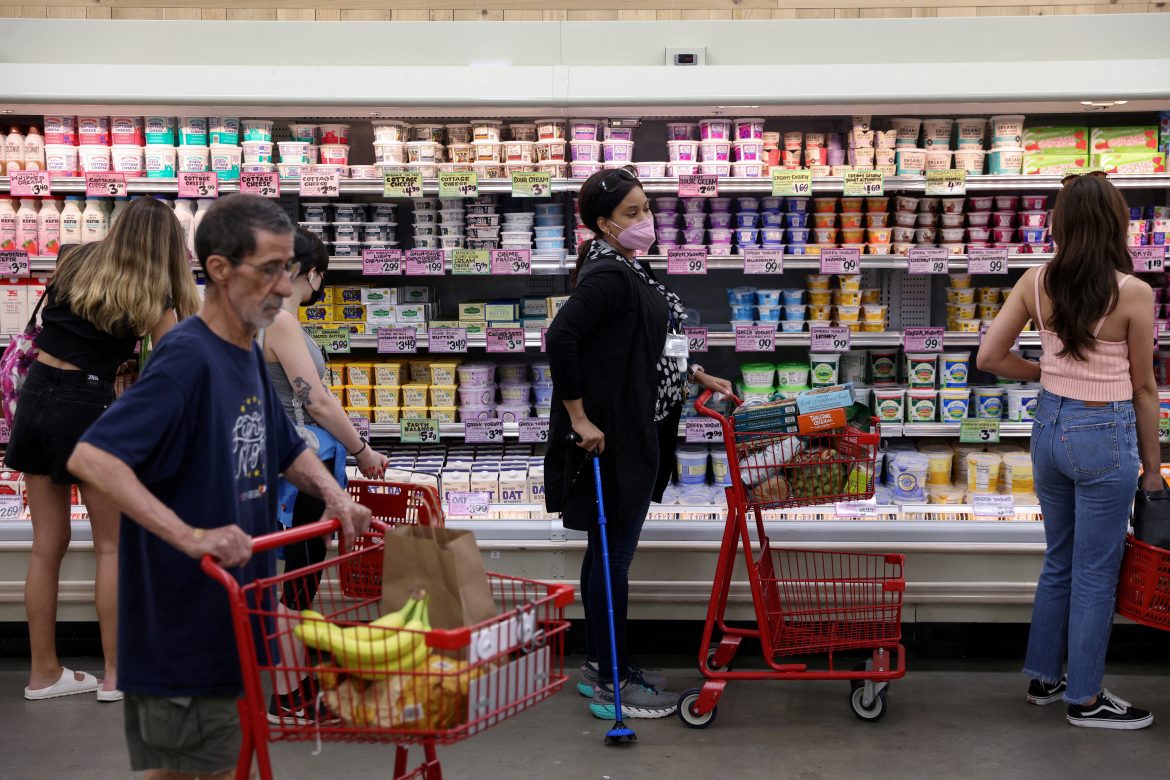 Times are getting tougher for American consumers, as prices continue to rise across the board, despite the rate of inflation cooling off in July for the first time in months.

Prices are near the highest level we’ve seen in 40 years.

The consumer price index (CPI) shows what we were paying for things a year ago. Despite a decrease in the monthly rate, the latest numbers are still very high, going up 8.5% in July. That number is down from 9.1% in June, according to the Bureau of Labor Statistics.

Economists polled by Reuters forecast a 0.2% rise in the monthly CPI In July.

“This is not yet the meaningful decline in inflation the [Federal Reserve] is looking for. But it’s a start and we expect to see broader signs of easing price pressure over the next few months,” said Paul Ashworth, chief U.S. economist at Capital Economics.

President Joe Biden claims declining gas prices are helping lessen the blistering rise in inflation, even though the cost of food and shelter increased over the last month. Polls show that the high inflation rates are helping drive Biden’s approval ratings down.

In response to the recent inflation numbers, Arizona Republican Congressman David Schweikert tweeted that the “Biden administration is bragging about inflation hitting 8.5%. Any American who buys groceries and gas can see right through this.”

Make no mistake-inflation remains near record highs. Plowing ahead with another reckless tax and spending spree is no answer to Americans’ economic pain.

It’s not only Republicans pointing out the serious economic issues under the Biden administration, though.

Larry Summers is the former Secretary of Treasury under former President Bill Clinton and economic adviser to Barack Obama. He said in a recent interview that he is “more worried” about inflation following July’s jobs report.

“There’s nothing in this report to suggest that we’re getting inflation under control, rather the opposite,” Summers said.

The U.S. House is set this Friday to approve the so-called Inflation Reduction Act that many economists say will only have a small impact, if any at all, on inflation over the next several years. The bill will, however, double the size of the Internal Revenue Service (IRS) and raise taxes on nearly all Americans.

Inflation is a tax on ALL Americans. In July:

Other House Republicans, including Congressman Mike Johnson, are questioning spending by Democrats.

“With inflation at a 40-year high, House Democrats are still planning to vote this week for $740 billion in higher taxes and government spending. Their disdain for the middle class is on full display,” Johnson tweeted.

“The sign of slowing in the rate of inflation offers hope the Fed’s rate increases won’t need to go as far as previously thought,” Owens said.

Americans aren’t the only ones feeling the pain of a broken economy. Prices have jumped in the U.K., Europe, and in less developed nations such as Argentina.