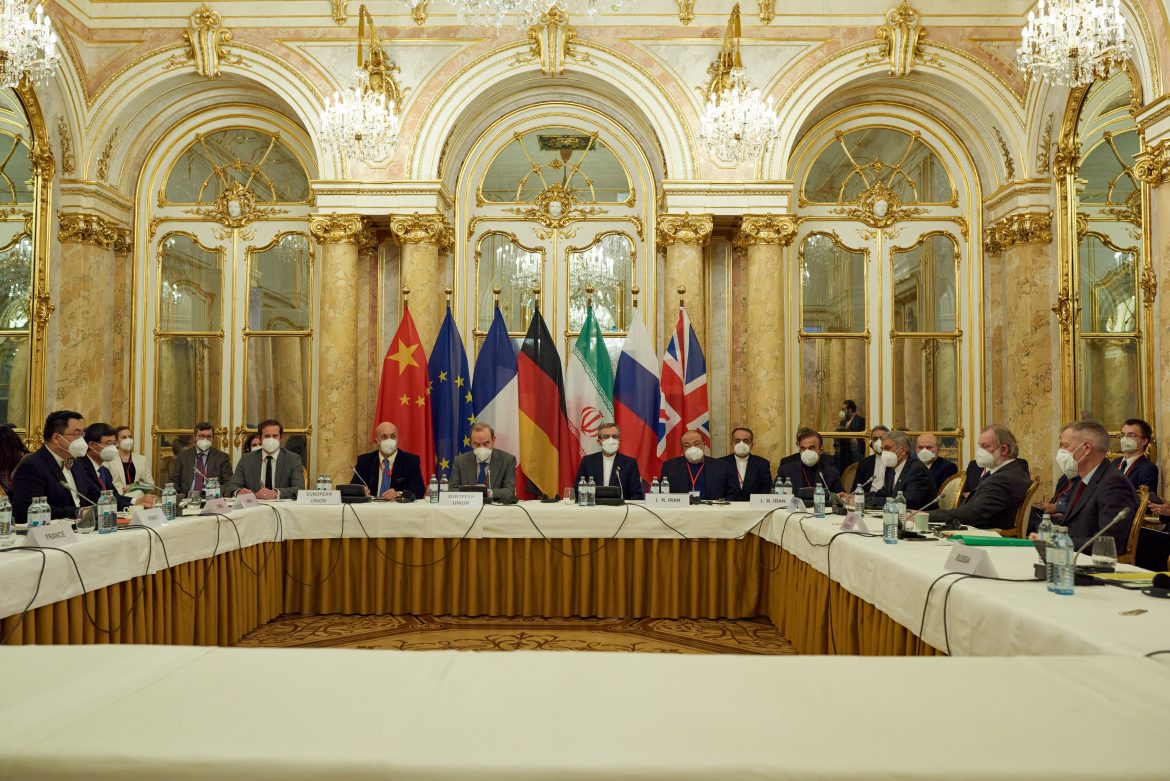 Just one day after the return of U.S-Iran nuclear talks, leaders in Tehran indicated that all previous diplomatic agreements are fair game for alteration.

The Associated Press reports that Iran’s top nuclear negotiator told an Iranian state television program that everything being discussed, or that had been agreed to at earlier junctures, was a “draft”.

While it is unclear what this means in terms of a final agreement, the signal is that the Biden administration’s plan to reinstitute the Joint Comprehensive Plan of Action – a 2015 nuclear agreement between Iran and a collective consisting of the United States, France, China, Germany, Russia, and the United Kingdom – might involve substantial diplomatic maneuvering.

Iran’s Tuesday revelation might simply be a part of the process, as Tehran could be using the threat of not reentering the JCPOA as a means to get more concessions.

Robert Malley, the United States’ special envoy to Iran, predicted such a move several days ago. According to a Saturday report by Reuters, Malley said, “If Iran thinks it can use this time to build more leverage and then come back and say they want something better, it simply won’t work. We and our partners won’t go for it.”

Under the JCPOA, from which then-President Donald Trump removed the U.S. in 2018, Iran agreed to limit its uranium-enrichment program in exchange for a relaxation of economic sanctions from the world powers.

In the years since Trump killed the deal, Iran has returned to actively and openly working ever-more-powerful uranium stores while the U.S. has reapplied heavy sanctions.

Malley, who is heading the U.S. negotiation team and has recently called the early signs from Iran “not particularly encouraging,” did not rule out using more pressure.

Reuters quotes Malley as having said:

If that’s Iran’s approach, which is to try to use the negotiations as cover for an accelerated nuclear program, and as I say, drag its feet at the nuclear table, we will have to respond in a way that is not our preference. Nobody should be surprised if at that point there is increased pressure on Iran. We hope not to get that there, but if we are, then pressure will have to increase to send a message to Iran that the choice it is making is the wrong one. That it has a different path available to it, but it’s not a path open indefinitely because Iran’s nuclear program is putting the very essence of the deal negotiated at risk.

Jalina Porter, principal deputy spokesperson for the Department of State, said Monday that the U.S. had “made clear that Iran’s continued nuclear escalations are unconstructive. They’re also inconsistent with what’s stated with the goal of returning to a mutual compliance with the JCPOA. It won’t provide Iran any negotiation – any negotiating leverage as we return to the talks.”

At the highest levels of the Federal Government, the hope remains that diplomacy will prevail.

In her Monday briefing, Press Secretary Jen Psaki said, “first and foremost, unquestionably, our best approach here is through diplomacy.  That is the preferable approach.”

Psaki later added, “our objective has not changed.  It remains a mutual return to full compliance with the JCPOA.  This is the best available option to restrict Iran’s nuclear program and provide a platform to address Iran’s destabilizing conduct.”

While the U.S. tone has been tepid, if not pessimistic, other signatories have indicated a deal can be brokered. A negotiator from the European Union told the AP Tuesday that he felt encouraged by the early talks.

However, within hours of Iran’s announcement, the AP also reported that the United Kingdom’s intelligence agency, MI6, had listed Iran as one of the UK’s “big four” security issues.

Additionally, Israel has continued to strongly oppose a return to the nuclear deal, saying that any deal will move Iran closer to nuclear capabilities. The Jerusalem Post reports that Israel is already eyeing a “plan B” if circumstances necessitate it.