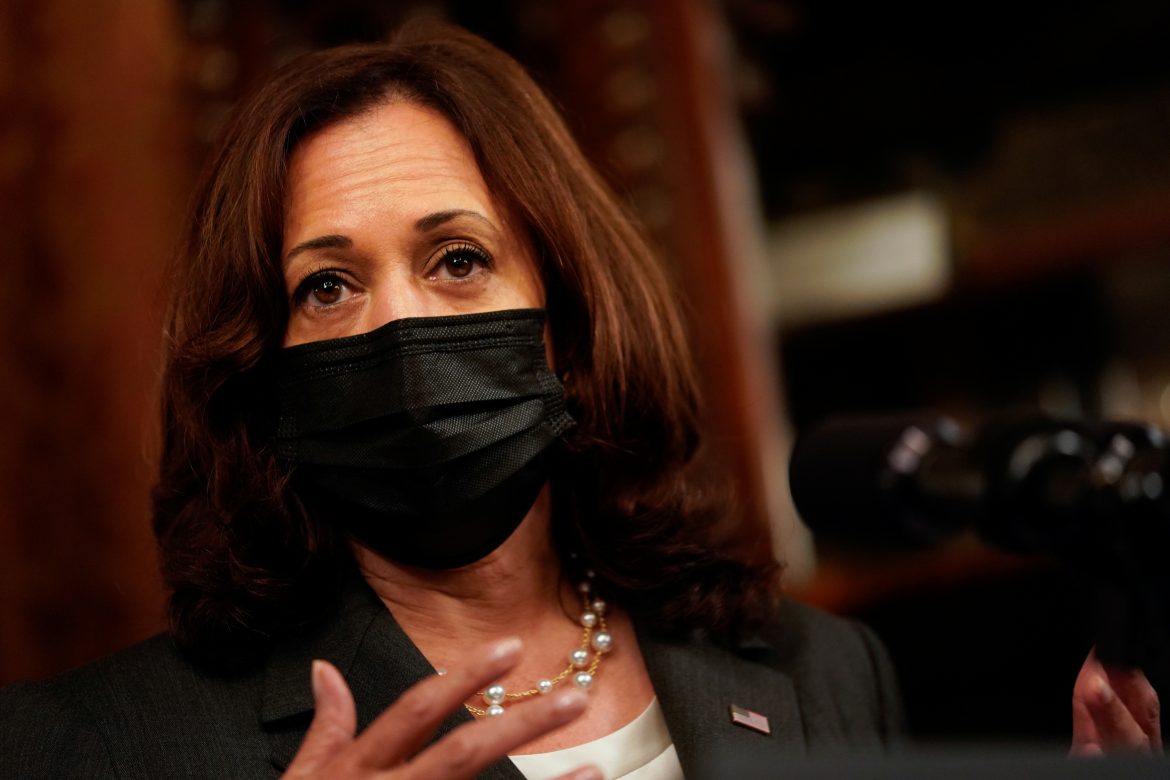 An Iran State-affiliated media outlet praised Kamala Harris for voicing support of a George Mason University student who accused the U.S. of funding what she calls Israel’s “ethnic genocide” against Palestinians.

Press-TV, which is owned by the Islamic Republic of Iran Broadcasting, tweeted a clip of the exchange between the Vice President and a female student at Virginia’s George Mason University on Wednesday, where Harris was speaking on voting rights. Press-TV has previously been cited by the Anti-Defamation League for disseminating anti-Semitic conspiracy theories.

During the exchange, the student makes reference to U.S. monies provided to Israel and Saudi Arabia, saying, “just a few days ago there were funds allocated to continue backing Israel, which hurts my heart because it’s ethnic genocide and displacement of people, the same that happened in America, and I’m sure you’re aware of this.” She also accuses the U.S. of diverting money away from housing and health care costs for Americans “to inflaming Israel and backing Saudi Arabia and whatnot,” referring to the ongoing conflict between Israel and Gaza terror groups.

Harris, who can be seen nodding affirmatively during the comments, said she was “glad” the student voiced her concerns, adding, “And again, this is about the fact that your voice, your perspective, your experience, your truth, should not be suppressed and it must be heard, right? And one of the things we’re fighting for in a democracy, right?”

“Americans are struggling because of a lack of health care, public health care, lack of affordable housing and all this money ends up going to Israel..” the student said at an event on VOTING RIGHTS! pic.twitter.com/n2lTSU4qp3

Her response drew intense criticism on social media. “Kamala Harris doesn’t have time to go the border, but she apparently has plenty of time to encourage anti-Israel, anti-Semitic falsehoods,”  tweeted Republican Senator Josh Hawley of Missouri on Tuesday.

The Times of Israel released an article detailing the exchange under the headline: “Kamala Harris doesn’t reject student’s ‘ethnic genocide’ claim against Israel.”

Halie Soifer, who heads the Jewish Democratic Council of America, tweeted her support for the Vice President, saying, “I can personally attest to her strong & unwavering commitment to Israel’s security,” adding, “The VP’s exchange w/the student wasn’t about detailing her policy on Israel. It was about not silencing those who don’t share her view.” Soifer previously served as national security advisor to Harris when she was in the Senate.

A Twitter user fired back, “THE truth is not the same as YOUR truth. Stopping an antisemitic libel isn’t suppression. Instead of fighting antisemitism, she gave a nod to it. That action held meaning. Abhorrent response after not speaking out against antisemitism loudly since she took office.”

The U.S.’s long standing friendship with Israel, America’s strongest ally in the Middle East, has come under attack by the growing radical left-wing faction of the Democratic party in recent years, particularly among the six members of the “Squad.”

Most recently, Rashida Tlaib accused Israel of “war crimes” and referred to Israeli leadership as an “apartheid regime” during heated debate on the House floor over U.S. backing of the Iron Dome missile defense system bill.

“The Democratic Party has [come] under the extraordinary, bizarre influence of a group of anti-Semites who also hate the State of Israel,” said Rep. Joe Wilson Wilson (R-S.C.) in response to Tlaib’s remarks. Following the bill’s passage by an overwhelming majority (420-9) squad member Rep. Andrea Ocasio-Cortez (D-N.Y.) could be seen crying on the House floor.