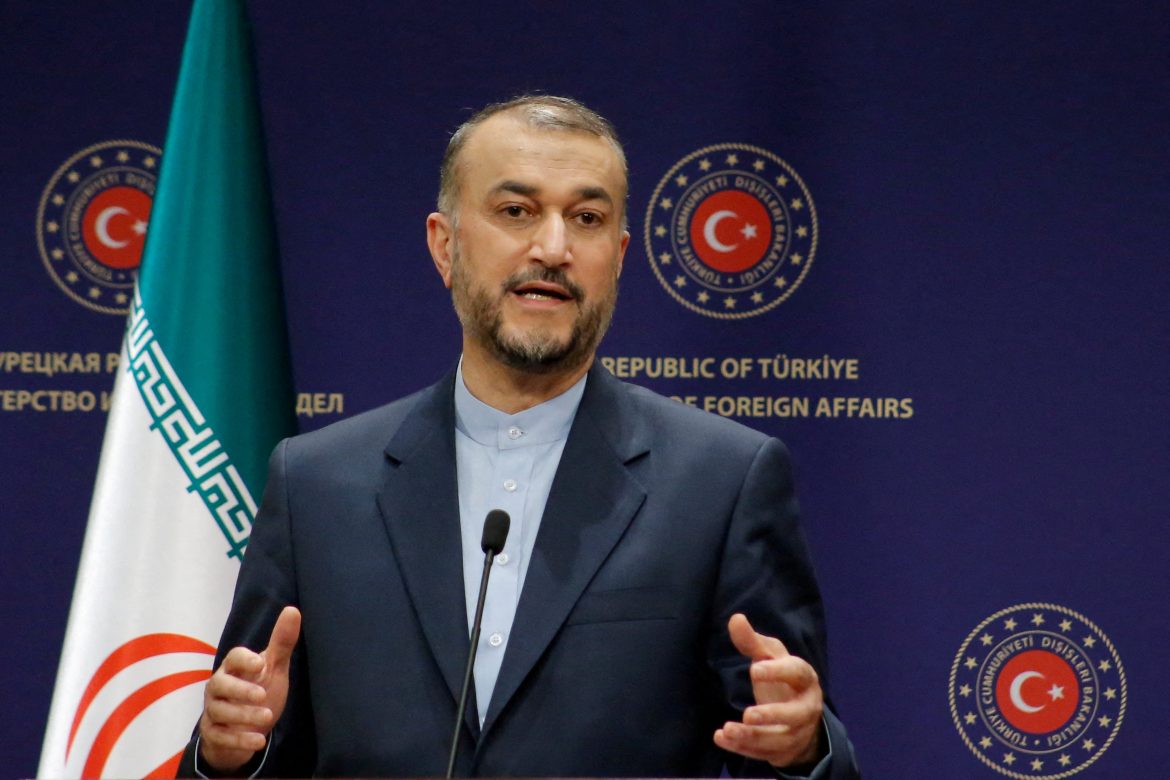 The paramilitary arm of the reigning Iranian regime made the threat on the IRCG’s official Telegram channels over the weekend in a video titled “When Will Iran’s Sleeping Nuclear Warheads Awaken?”

The IRCG bragged that the regime can quickly adapt its civilian nuclear program into a wartime footing “and build an atom bomb if the Natanz facilities are attacked.”

FISM previously reported that Iran has been working on advanced uranium centrifuges at new underground sites being built near its Natanz nuclear plant.

The IRGC-linked Bismichi Media Telegram channel noted that, while the Natanz facility located in Iran’s Isfahan province may be vulnerable to attacks from the U.S. and Israel, other nearby facilities built deep within the mountains of Iran can be swiftly transitioned to develop nuclear warheads.

The threats follow a joint pledge entered into between the U.S. and Israel last month to deny Iran nuclear weapons. President Biden at the time said he would be willing to use force as a “last resort” to prevent Iran from doing so.

Tensions between the U.S. and Iran have mounted amid stalled, third-party talks to revive a 2015 nuclear agreement entered into by the Obama Administration. The Joint Comprehensive Plan of Action eased decades-long sanctions on Iran over its development of nuclear weapons and engagement in terrorist activities on the condition that it restricts its nuclear enrichment programs to civilian use.

President Trump revoked the agreement in 2018, citing numerous violations by the regime.

Iranian Foreign Minister Hossein Amirabdollahian said Monday that “Any illogical and unreasonable action related to the creation of new obstacles in the process of economic and commercial activities of the Islamic Republic of Iran is actually creating a new obstacle in the process of returning all parties to an agreement, and we will definitely take actions in accordance with every action of the American government,” Reuters reported.

“We adjust ourselves,” Amirabdollahian added.

White House Middle East coordinator Brett McGurk said last week that reviving the nuclear deal with Iran at this point is “highly unlikely,” according to a Washington Examiner report.

National security experts have suggested that if Iran succeeds in obtaining a nuclear arsenal, American allies in the Middle East would likely be targeted. Iran’s Supreme Leader Ayatollah Ali Khamenei and Iranian President Raisi have both made clear that the Islamic republic will not hesitate to attack the U.S. or other Western powers over any actions deemed to be a threat against the regime.