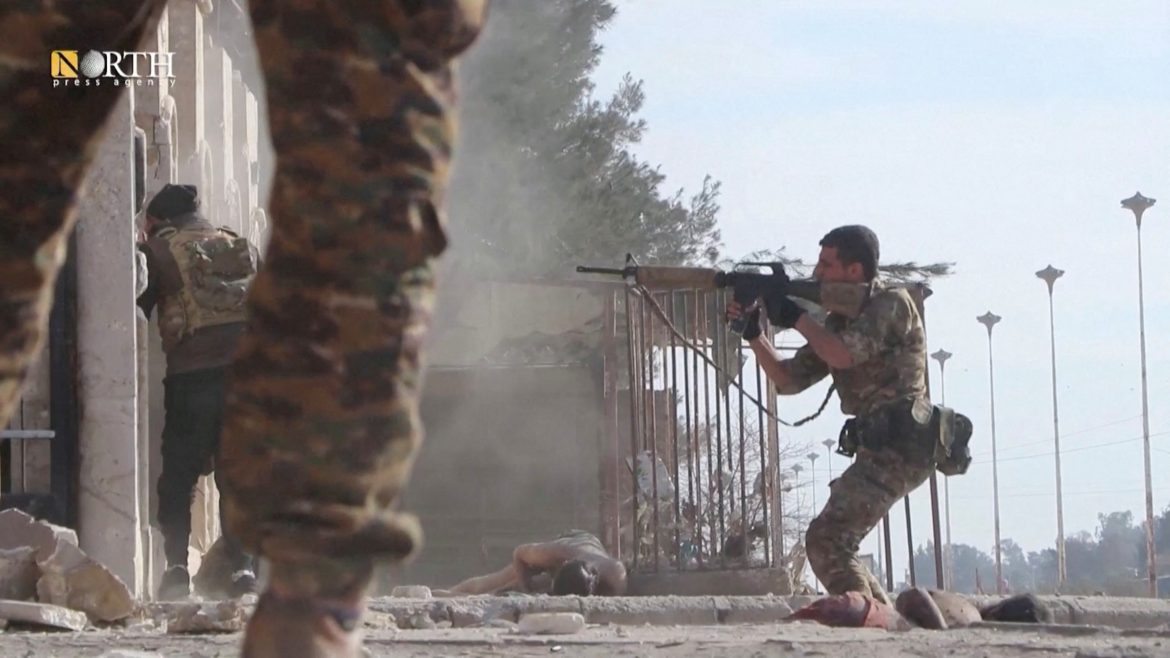 More than 100 ISIS fighters attacked Gweiran Prison in northeastern Syria late Thursday as they tried to free almost 3,500 ISIS detainees. The ISIS prisoners were being held by the Syrian Democratic Forces (SDF).

The Kurdish-led SDF, according to CNN, is “the dominant military force in the region and a key US partner in the fight against ISIS.” The battle, though weakening, is now in its fifth day and at least 84 ISIS fighters and 45 Kurdish fighters have been killed in the violence.

The attack on the prison began on Thursday when a car bomb exploded just outside the Syrian prison. With the chaos of the explosion, ISIS fighters were able to access the area and strike down the SDF soldiers guarding the prison. As ISIS fighters penetrated the building, inmates began burning blankets and plastic inside the prison in an attempt to add to the chaos and help the ISIS fighters outside.

CBS cites an anonymous SDF official as calling the attack, “well-coordinated between ISIS attackers and detainees inside the jail.” The same source called the attack, “ISIS’ biggest activity since its “caliphate” fell three years ago.”

ISIS, in a statement on Friday, said it was launching a “large-scale” attack to liberate the entire prison. The SDF, however, made a statement on Friday that they had “fended off the attack with the support of airstrikes from the US-led coalition in Iraq and Syria fighting ISIS.”

Pentagon Press Secretary John Kirby told reporters, “We have provided some airstrikes to support SDF as they deal with this particular prison break.” He also confirmed that there were no U.S. troops on the ground during the skirmish.

An article on the Defense News website went on to say, “The airstrikes were in response to the ISIS group unleashing its biggest attack in Syria since the fall of its “caliphate” three years ago. More than 100 militants assaulted the main prison holding suspected extremists, sparking a battle with U.S.-backed Kurdish fighters that continued 24 hours later and left dozens dead on Friday.”

ISIS reported taking over the prison for a short time and said that many prisoners had escaped during the attack. CNN reports that 89 inmates escaped but have since been recaptured. As of now, SDF forces have taken back most of the prison and control much of the neighborhoods in the area. According to the BBC, “some jihadists have yet to surrender,” but it seems like this attack has been largely unsuccessful.

The fear of a larger ISIS threat and a resurgence of the terrorist group, on the other hand, seems more and more likely. At the same time of the attack on the prison on Friday, ISIS also attacked a military base in Iraq, killing one officer and 10 soldiers on the base.

As of now, there are between 11,000 and 12,000 ISIS fighters being held in Syrian prisons and detention camps run by the SDF. While this was not the first prison break attempt, it was the largest and most coordinated, and the SDF is asking for reinforcements to protect other prisons in the area.