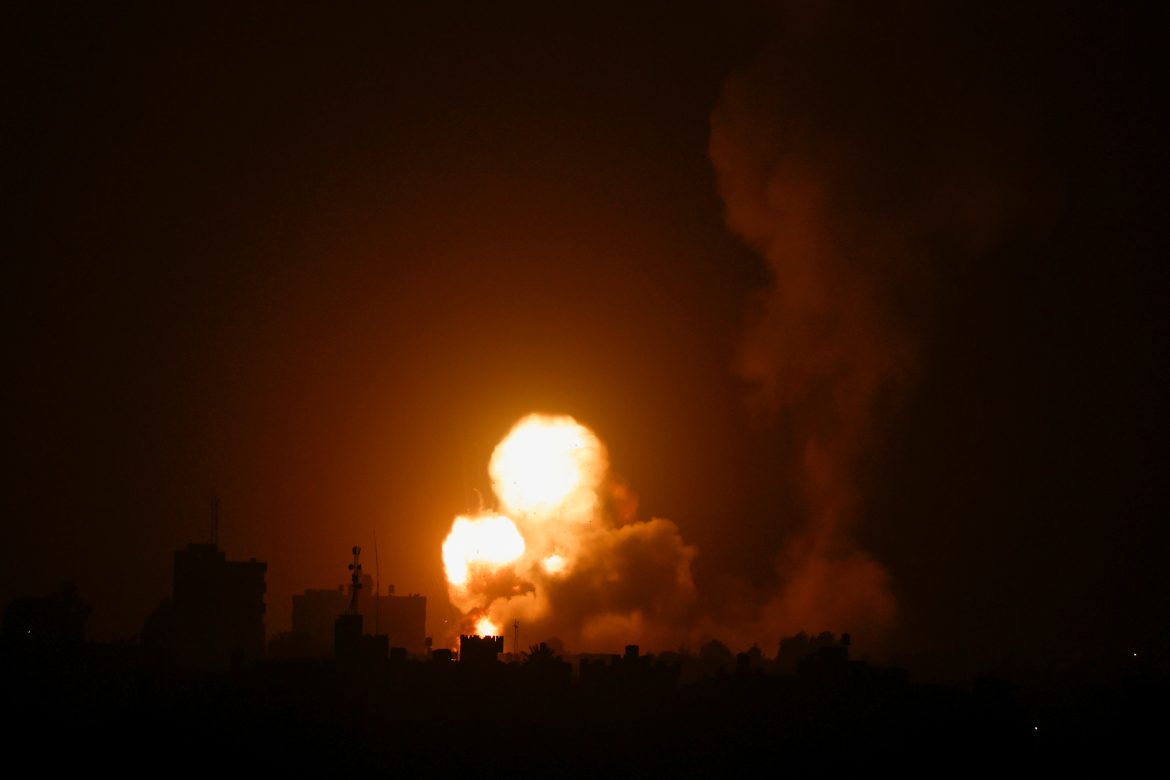 Israel shot down a rocket fired from the Gaza Strip on Monday, the Israeli military said, the first such attack in months as tensions over a flashpoint Jerusalem shrine drew angry pro-Palestinian rhetoric from Jordan and U.S. mediation efforts.

No Gaza faction claimed responsibility for the launch, which followed warnings by the dominant Hamas Islamists of reprisals for Israeli defense efforts around the Temple Mount.

Within hours, Israeli air strikes hit camps used by Hamas and another Gaza faction, Palestinian sources said. The military said one target was an arms manufacturing site. No one was hurt.

Since Friday, the Temple Mount has seen confrontations between Palestinian stone-throwers and Israeli riot police recalling violence that helped fan a Gaza war one year ago.

Palestinians accuse Israel of encroaching on Al Aqsa during the Muslim holy month of Ramadan. Israel says Palestinian protesters seek to disrupt Muslim prayer for political ends and to prevent visits by Jews, who are now celebrating Passover.

The tensions complicate Israel’s security ties with Jordan, which is the custodian of Al Aqsa and has a Palestinian majority.

Escalating the rhetoric, Jordanian Prime Minister Bisher al-Khasawneh told parliament: “I must laud … those throwing their stones at all of those Zionists who desecrate Al Aqsa mosque with the protection of the Israeli occupation government.”

Several passengers were injured when Israeli buses they were traveling on to Jerusalem’s Old City were stoned by Palestinians on Sunday, police said, adding that Al Aqsa protesters have been stockpiling rocks for attacks on Jewish visitors and police.

At least 152 Palestinians and eight police were injured around Al Aqsa during Friday’s confrontations, medics said.

“I view with gravity the statements blaming Israel for the violence that we are being subjected to. Some are encouraging stone-throwing,” Israeli Prime Minister Naftali Bennett said in a video statement issued after al-Khasawneh’s televised remarks.

“This serves as a prize for the inciters, chiefmost Hamas, who are trying to ignite violence here in Jerusalem,” he said.

In Washington, the State Department said U.S. officials engaged in phone calls with Israelis, Palestinians, and Arab representatives over the weekend in an effort to prevent an escalation of the Jerusalem tensions.

Theology of Finances: The Foundation of Stewardship