Israel searches for Palestinians suspected of killing 3 in attack 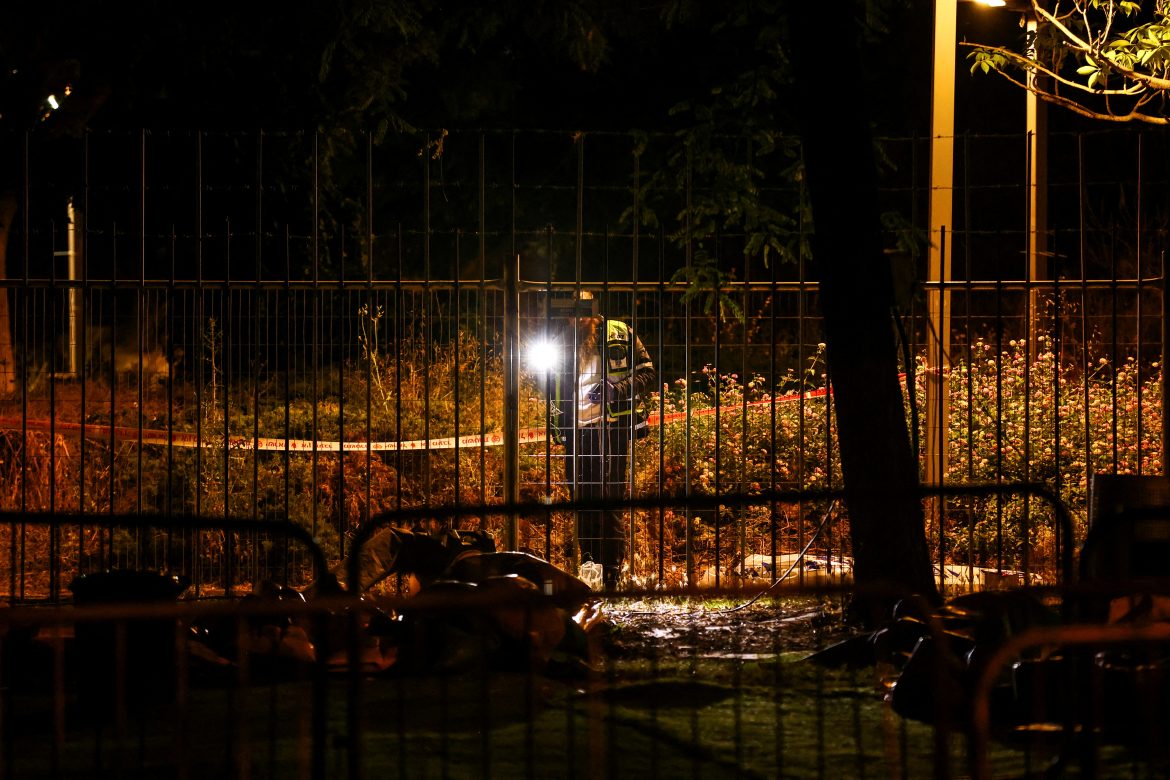 The attack on Thursday night, Israel‘s Independence Day, is the latest in a recent upsurge of Israeli-Palestinian violence that has raised fears of a slide back to wider conflict.

“We will get our hands on the terrorists and their supportive environment, and they will pay the price,” Israeli Prime Minister Naftali Bennett said after the attack in the city of Elad, about 15 km (9 miles) from Tel Aviv.

Police identified the assailants as two Palestinians from the Jenin area of the Israeli-occupied West Bank and said they likely fled the scene in a car. Police set up roadblocks, deployed a helicopter and requested the public’s help in finding the suspects.

Israeli Defense Minister Benny Gantz extended a closure on the West Bank and Gaza, imposed ahead of the national holiday to prevent Palestinians from entering Israel, until Sunday.

U.S Secretary of State Antony Blinken in a statement on Thursday condemned the “horrific attack targeting innocent men and women.”

Palestinian President Mahmoud Abbas also condemned the attack and said, “The killing of Palestinian and Israeli civilians will only lead to more deterioration,” the Palestinian news agency WAFA reported.

Since March, Palestinians and members of Israel‘s Arab minority have killed 18 people, including three police officers and a security guard, in attacks in Israel and the West Bank that have mostly targeted civilians.

Israel has responded with arrest raids in Palestinian towns and villages which have often sparked clashes and brought the number of Palestinians killed by Israeli forces since the beginning of the year to at least 40.

The casualties include armed members of militant groups, lone assailants and bystanders.

Hamas, the Islamist Palestinian group that controls Gaza, praised the Elad stabbing but did not claim responsibility. It said the attack was a response to Israeli actions at Al-Aqsa Mosque compound in Jerusalem.

Over the past month, Palestinians and Israeli police have repeatedly clashed at the compound, one of the most sensitive sites in the Israeli-Palestinian conflict.

Palestinians and Jordan, the custodian of the site that is the third holiest in Islam, accuse Israel of not doing enough to enforce a long-standing ban on non-Muslim prayer there, which Israel denies. The compound is Judaism’s holiest site and the vestige of two ancient Jewish temples.

Israel captured the West Bank, Gaza and East Jerusalem in a 1967 Middle East War. Palestinians seek these territories for a future state.