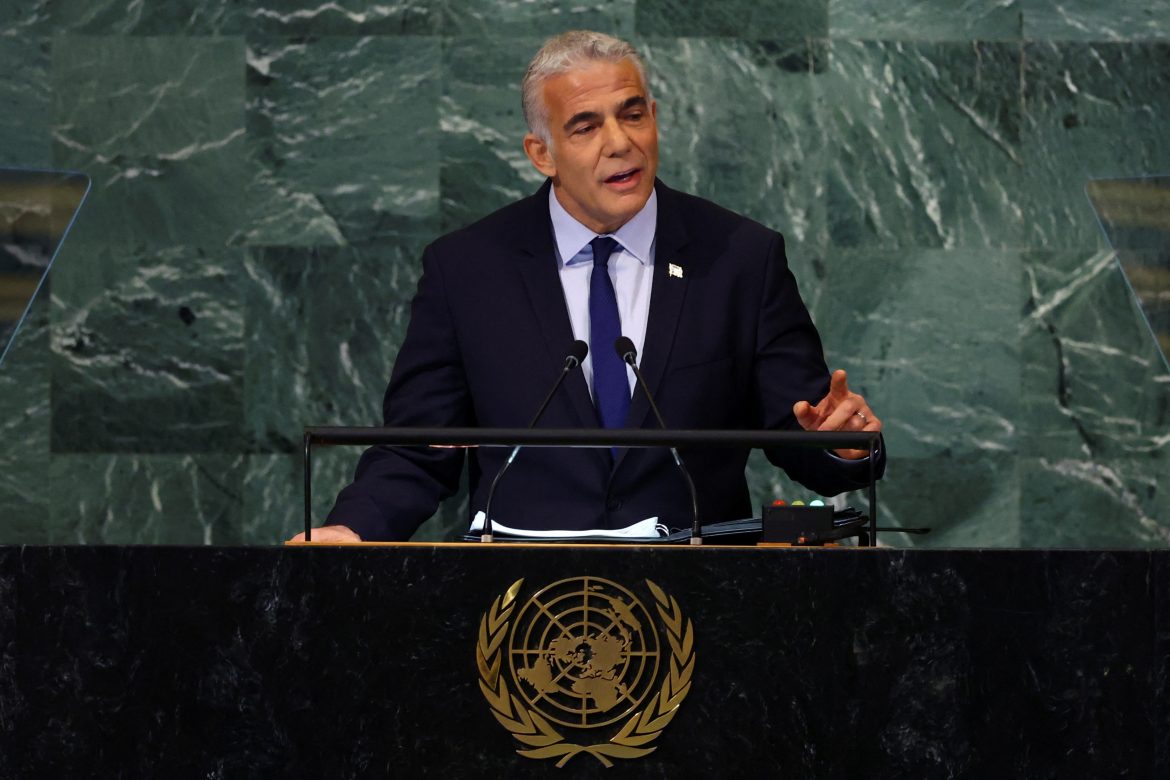 Israeli Prime Minister Yair Lapid called on Thursday for a two-state solution to decades of Israeli-Palestinian conflict and reasserted that Israel would do “whatever it takes” to stop Iran from developing a nuclear bomb.

His mention of a two-state solution, the first by an Israeli leader in years at the United Nations General Assembly, echoed U.S. President Joe Biden’s support in Israel in August for the long-dormant proposal.

“An agreement with the Palestinians, based on two states for two peoples, is the right thing for Israel‘s security, for Israel‘s economy, and for the future of our children,” Lapid said.

He added any agreement would be conditioned on a peaceful Palestinian state that would not threaten Israel.

Lapid spoke less than six weeks before a Nov. 1 election that could return to power the right-wing former Prime Minister Benjamin Netanyahu, a longstanding opponent of the two-state solution.

In his speech, Lapid again denounced Iran and voiced Israel‘s determination to prevent its longtime foe from gaining a nuclear weapon.

“The only way to prevent Iran from getting a nuclear weapon is to put a credible military threat on the table,” he said. “We have capabilities and we are not afraid to use them.”

Widely believed to have the Middle East’s only nuclear weapons, Israel regards Iran as an existential threat. Tehran denies trying to develop a nuclear weapon.

Efforts to reach a two-state Israeli-Palestinian deal have long been stalled.

“Whoever wants a two-state solution must implement it on the ground,” he said, by respecting previously reached agreements, stopping settlement expansion, and recognizing East Jerusalem as the capital of a future Palestinian state.

Lapid praised efforts by Middle Eastern countries to normalize relations and cooperate with Israel. He urged Muslim countries, from Indonesia to Saudi Arabia, to make peace with it.