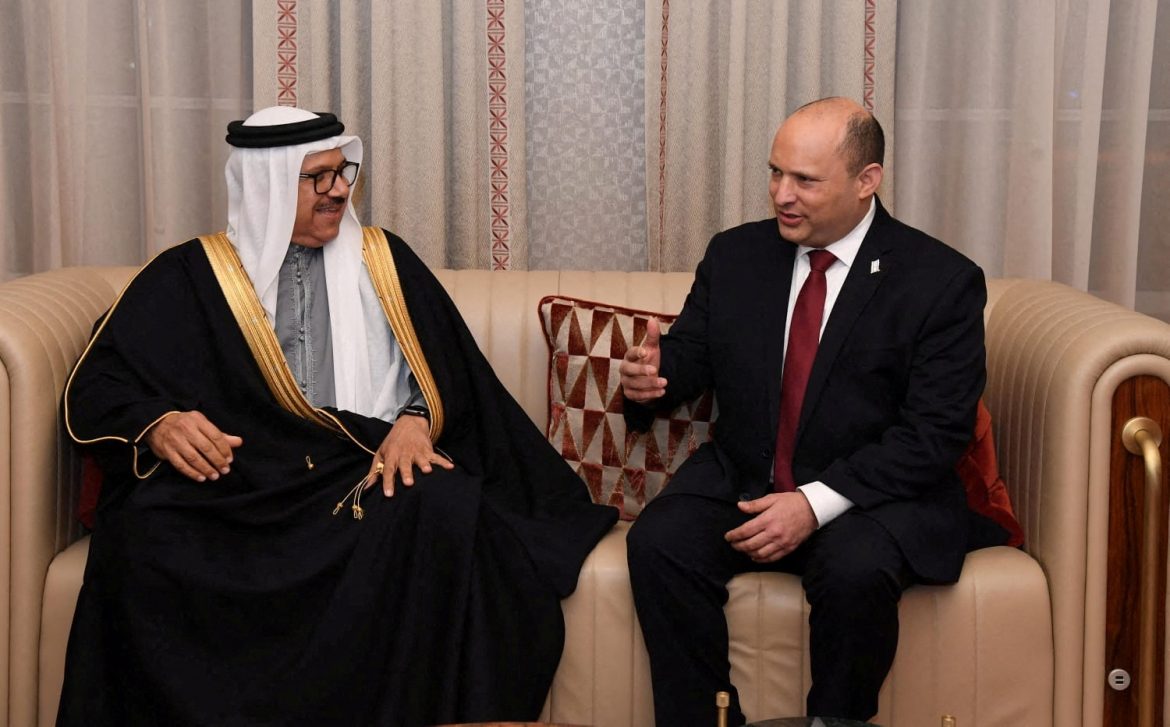 Israeli Prime Minister Naftali Bennett arrived in Bahrain’s capital Manama on Monday in the highest-level visit since the countries established relations under a 2020 U.S.-sponsored deal based in part on shared worries about Iran.

“The leaders will discuss additional ways to strengthen bilateral ties … especially the advancement of diplomatic and economic issues, with an emphasis on technology and innovation,” it said in a statement.

The two-day trip to Bahrain, home to the U.S. Navy’s Gulf headquarters, comes amid heightened tensions after missile attacks on the neighboring United Arab Emirates by Yemen’s Iran-aligned Houthis. Israel also normalized ties with the UAE in 2020.

Speaking to reporters before take-off, Bennett said he hoped the visit would be a “message of goodwill … and a shared stance against common threats”.

Israel has stepped up cooperation with the Gulf states. Manama hosted Israel‘s defense minister on Feb. 2 and has said an Israeli military officer will be posted in Bahrain as part of an international coalition.

The outreach by Bahrain’s Sunni Muslim monarch has been criticized by an opposition led by the Shi’ite majority. The country has seen protests in solidarity with the Palestinians.

Israel has offered to cooperate with its new Gulf partners on air defense but has not specified whether this might include selling the short-range rocket interceptor Iron Dome.

Such sales in the past have been subjected to questions of whether the systems would be secure and not be shared with Israel‘s enemies. There has also been concern it would pose a commercial challenge to U.S. defense exports.

But a U.S. official saw no problem in Washington were Israel to go ahead with Iron Dome sales in the Gulf.

“There’s a lot of interest in Iron Dome” in the region, said the official, who could not be identified by name.