Jeers and cheers as Cheney gets the boot in Wyoming 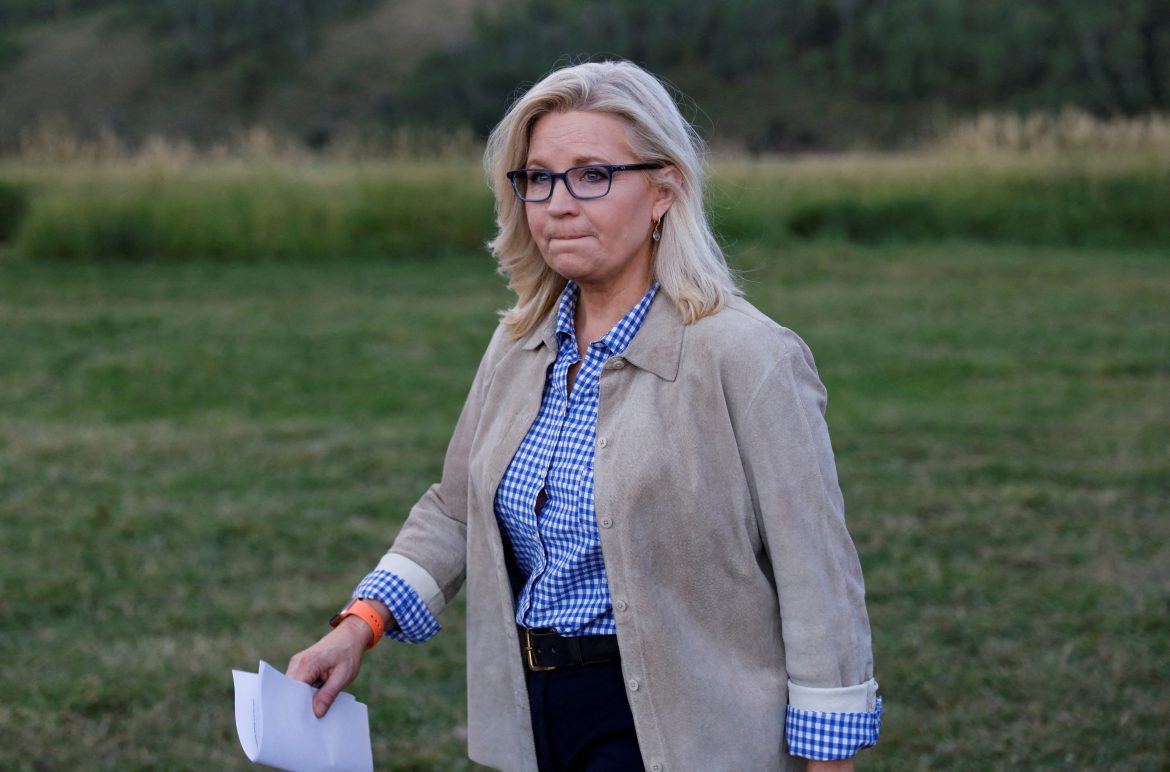 The Republican congresswoman lost her bid for a fourth term in a punishing defeat by challenger Harriet Hagemen in what many view as a repudiation of Cheney’s relentless campaign to take down former President Donald Trump.

Hagemen, a lawyer endorsed by Trump in the race, easily landed the GOP nomination with 66.3% of reported votes to Cheney’s 28.9%, a difference of more than 63,000 votes in a state with a voting-age population of less than 447,000.

The staggering defeat reflects Cheney’s rapid descent from favored heiress to a powerful political dynasty, as the daughter of former Vice President Dick Cheney, to a loathed pariah among Trump’s loyal band of supporters over her withering criticisms of the 45th president.

Cheney is one of 10 Republicans who voted to impeach Trump and is a key figure in the Jan. 6 Select Panel investigation into Trump’s alleged role in the 2021 Capitol breach.

Trump cheered his nemesis’ loss as “a wonderful result for America.”

Trump took to social media to congratulate Hageman on her victory, calling Cheney’s brutal loss “a wonderful result for America, and a complete rebuke of the Unselect Committee of political hacks and thugs” on his Truth Social account.

The former president referred to Cheney as “a fool who played right into the hands of those who want to destroy our country,” adding, “now she can disappear into the depths of political oblivion where, I’m sure, she will be much happier than she is right now.”

Cheney vowed to keep going after Trump in her concession speech while hinting that her future in politics isn’t over.

“Our nation is barreling again toward crisis, lawlessness, and violence,” Cheney said. “No American should support election deniers.”

The congresswoman declared that it was her integrity that cost her the election.  She said that she would have easily won Tuesday’s election if she had been willing to go along with Trump’s “ongoing efforts to unravel our democratic system and attack the foundations of our republic,” adding, “That was a path I could not and would not take.”

At one point, Cheney drew a comparison of her fight to bring about Trump’s political downfall to Abraham Lincoln’s preservation of the Union at the close of the Civil War in a statement that appeared to also hint at her future political aspirations.

“The great and original champion of our party, Abraham Lincoln, was defeated in elections for the Senate and the House before he won the most important election of all,” Cheney began. “Lincoln ultimately prevailed, he saved our Union and he defined our obligation as Americans for all of history. Speaking at Gettysburg of the great task remaining before us, Lincoln said, ‘That we here highly resolve that these dead shall not have died in vain. That this nation under God shall have a new birth of freedom and a government of the people, by the people and for the people shall not perish from this earth.’”

Liz Cheney compared herself to Abraham Lincoln last night in her concession speech.

Hageman referred to her victory as proof that Cheney was out of step with the state.

“By our vote today, Wyoming has put the elites on notice: We are no longer going to tolerate representatives who don’t represent us,” Hageman said in prepared remarks declaring victory.

“Wyoming has spoken on behalf of everyone who is concerned that the game is becoming more and more rigged against them. And what Wyoming has shown today is that while it may not be easy, we can dislodge entrenched politicians who believe they have risen above the people they are supposed to represent and serve.”

New York GOP Rep. Elise Stefanik, who took over as chair of the House Republican Conference after Cheney was booted from the position, called her defeat a “massive victory” in a statement shared on social media.

Congratulations to @HagemanforWY on her MASSIVE primary victory to restore the PEOPLE of Wyoming’s voice.

I was proud to join President Trump and Leader Kevin McCarthy in endorsing Harriet!

Rep. Claudia Tenney (R-N.Y.) took to Twitter to call Cheney out over her post-election remarks.

“Breathtakingly arrogant speech by loser Liz Cheney,” the congresswoman wrote. “Orchestrating show trials contrary to safeguards guaranteed by the Bill of Rights is not Lincolnesque. On the contrary, Cheney’s actions mirror precisely the authoritarianism our founders fought valiantly against.”