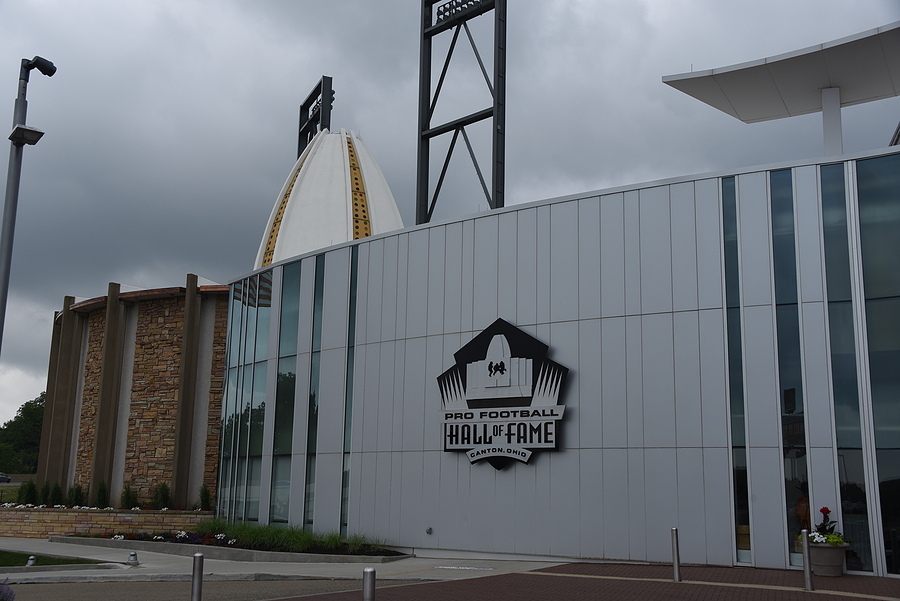 Football officially returned Thursday night amid a tumultuous week in the NFL filled with off-field drama.

With most starters sitting out the first preseason game for both teams, the coaching debuts of McDaniels and Jacksonville’s Doug Pederson received much of the attention.

McDaniels grew up in the Pro Football Hall of Fame town and played quarterback and kicker at Canton McKinley High School for his dad, Thom McDaniels.

“It was a unique opportunity, I’m very grateful that I had it,” McDaniels said. “It’s the first time I’ve been in this Hall of Fame Game in 22 years so to have the opportunity to do that with him here, and my family, and plenty of people that helped me along the way — I think it was a special night for them. And you never know if you’ll get this opportunity again. I really savored it, it was a good opportunity for all of us, and I think we all enjoyed it.”

The game marked McDaniels’ public debut in his second stint as head coach and first for Las Vegas. He was 11-17 with Denver in 2009-10. McDaniels earned six Super Bowl rings as an assistant coach under Bill Belichick in a variety of roles, mainly offensive coordinator and quarterback coach for Tom Brady.

He joined a Raiders team that was 10-7 last year and lost an AFC wild-card game to the Cincinnati Bengals 26-19.

McDaniels derives much of his coaching philosophy from his father, who is considered a legendary high school coach in Ohio following a 26-year career.

“Most of the way I try to do things relative to my demeanor, personality, how I try to talk to the team, handle them, comes directly from him,” Josh McDaniels said. “I started seeing that when I was four, five years old. He would handle adversity with poise and grace. When he won, he did that the right way, and he was here for a long time doing it. I got to sit here for 15, 16 years on the sideline beside him when he was coaching the game, calling the game, trying to make adjustments, and dealing with winning and losing and all the things that come along with football. I probably learned more watching that experience than I have in any school classroom or any grade level that I took because you learn so much about life and how to be a teammate. He was a great teacher.”

Jaguars quarterback Trevor Lawrence also sat out the game. Jacksonville rookie Travon Walker, the No. 1 overall pick in the draft, got a sack.

Pederson also begins his second stint as head coach. He sat out 2021 after five seasons in Philadelphia where he led the Eagles to the franchise’s first Super Bowl title after the 2017 season.

Pederson replaced Urban Meyer, a three-time national champion in the NCAA who lasted only 11 months in Jacksonville. He is now tasked with changing the culture and resurrecting a franchise that has had only one winning season in the last 14 years.

“You want a place where everybody enjoys coming to work and they enjoy the environment, the people, understanding we’re going to put in the hard work,” Pederson said.  “You can’t substitute for hard work and preparation as you strive for a championship and these guys have bought in. It’s fun to go to work there and see these guys excited. It’s a young football team. They know what they need to do. They’re eager. They want to win. They want to flip it around and I feel we are on the right track.”