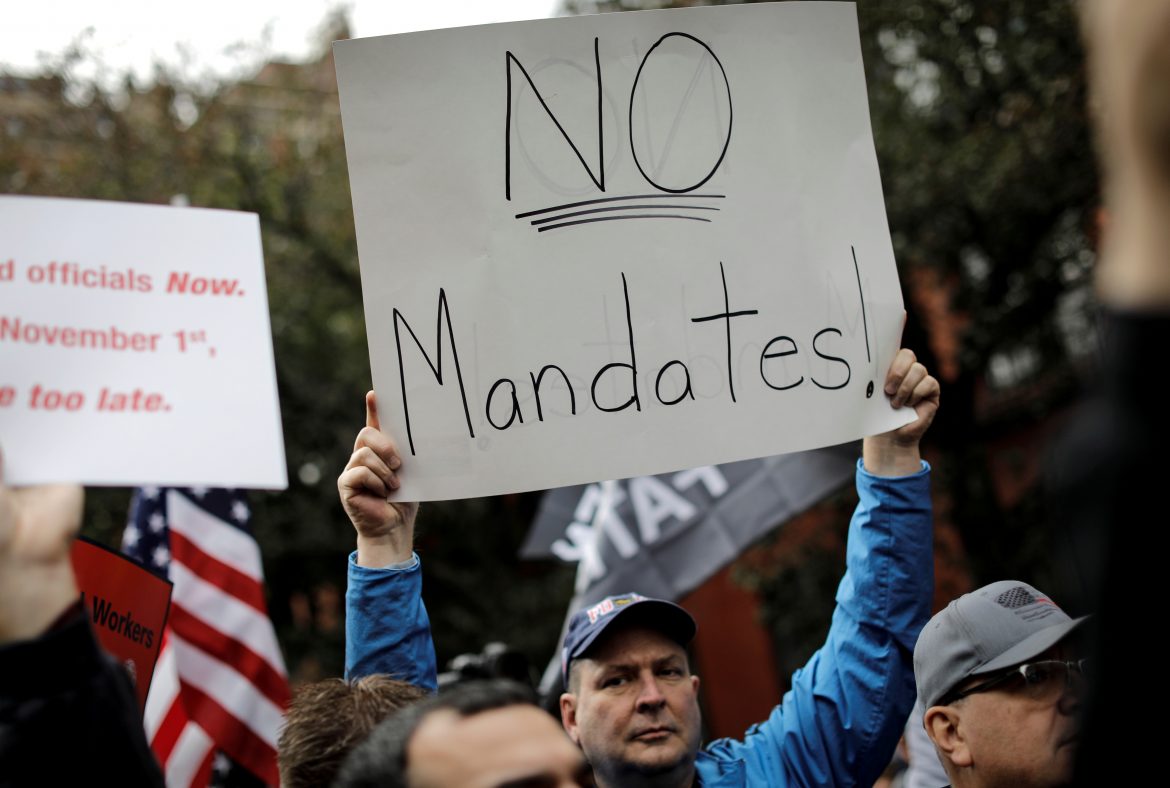 Vaccine-hesitant healthcare workers in states that sued the federal government over one of President Joe Biden’s vaccine mandates were granted a reprieve Monday.

A federal judge in Missouri has temporarily prevented federal agencies from enforcing a mandate that would have required vaccinations for all healthcare workers at hospitals that receive federal aid.

This ruling was only valid in Alaska, Arkansas, Iowa, Kansas, Missouri, Nebraska, New Hampshire, North Dakota, South Dakota and Wyoming, which are the 10 states whose attorney general entered into a lawsuit in early November.

In his ruling, U.S. District Judge Matthew Schelp wrote, “The scale falls clearly in favor of healthcare facilities operating with some unvaccinated employees, staff, trainees, students, volunteers and contractors, rather than the swift, irremediable impact of requiring healthcare facilities to choose between two undesirable choices — providing substandard care or providing no healthcare at all.”

The news was lauded as a major victory by the plaintiffs.

“Millions of Americans are welcoming the federal court’s decision to pause an unconstitutional action by the Biden Administration that is really the definition of federal overreach,” Alaska Gov. Mike Dunleavy said in a release. “My administration will continue to fight for the right of all Alaskans to make their own choices about medical care without unnecessary intrusion from the government.”

Missouri Attorney General Eric Schmitt, whose state is listed first among the plaintiffs, said in a release, “This is a huge victory for healthcare workers in Missouri and across the country, including rural hospitals who were facing near certain collapse due to this mandate.”

This injunction, while concurrently welcome news to healthcare workers who wish to avoid vaccination and vexing to those who see full vaccination as necessary to end the pandemic, is not permanent and the federal government will almost certainly appeal.

“We’re obviously going to abide by the law and fight any efforts in court or otherwise to prevent local authorities, officials, leaders in the healthcare industry and other industries from protecting their workforces,” White House Press Secretary Jen Psaki said in her Monday briefing.

The plaintiffs indicated they felt the injunction will eventually be made permanent.

“While we do anticipate the federal government will seek immediate review by the Eighth Circuit, we are confident that the analysis by the trial court will be confirmed,” Nebraska Attorney General Doug Peterson said in a release.

Even as the appeals process plays out, Psaki said the White House would continue to urge private businesses to institute vaccine mandates.

“Individual companies and healthcare leaders and others can put in place requirements in order to protect their workforce,” Psaki said. She later added, “It provides efficiency, it provides security — health security for these workforces, and something we’ve seen be quite effective across the country.”

Monday’s ruling is the latest in a series of setbacks for vaccine mandates. OSHA has already suspended its vaccine mandate program following a ruling in a different federal case.

In Florida, numerous state-level laws have been passed to prevent government or private entities from enacting mask or vaccine mandates.