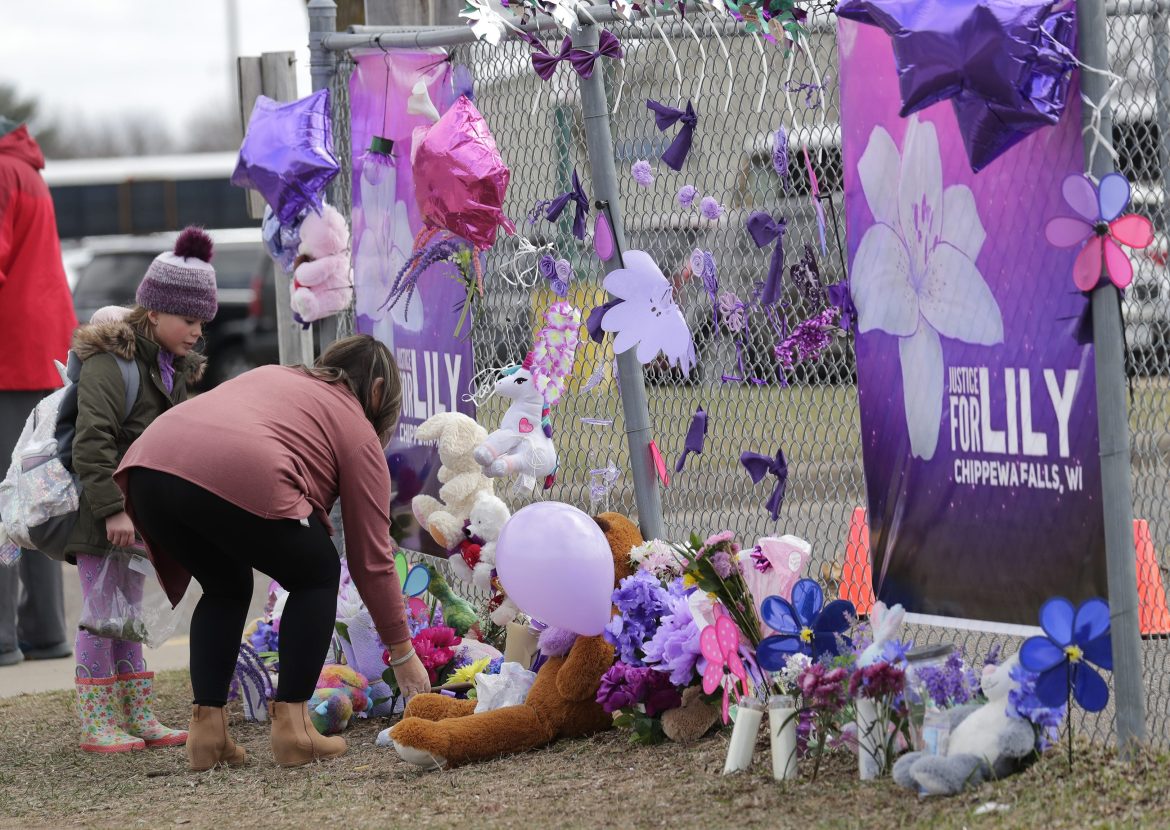 A juvenile suspect was arrested early Tuesday evening in Chippewa Falls, Wisconsin in connection to the death of 10-year-old Illiana “Lily” Peters.

Chippewa Falls Police Chief Matt Kelm said that the boy arrested was known to the victim and was not a stranger. CBS Minnesota reported that a warrant was executed at a residence owned by Lily’s aunt right before the arrest was made, but the boy’s identity, age, and how he knew the victim has yet to be released.

After Lily’s death was ruled a homicide, police warned that there could still be an active danger to the community. On Tuesday there were increased patrols around local schools and a warning for the people of Chippewa Falls to “maintain a state of vigilance” as authorities hunted for a killer. Later on Tuesday, Chief Kelm said, “The suspect was not a stranger. The suspect was known to the victim. We do not believe there is any danger to the community at this time.”

The announcement of the arrest came just one day after Lily’s body was found in the woods. On Sunday night at about 9:00 p.m., Lily’s father called the police when she did not arrive home from visiting her aunt. Later that night, police were searching the area for Lily and instead found her bicycle.

Lily’s body was found at 9:15 a.m. on Monday morning by a walking trail close to both Lily’s home and her aunt’s residence. According to Fox News, the authorities quickly deemed Lily’s death a homicide. Surrounding police departments, sheriff’s offices, state investigators, and the FBI quickly rallied around Chippewa Falls and offered their help and support. With the help of surrounding law enforcement and the support of the community resulting in more than 150 tips, the suspect was in custody just one day later.

Chippewa Falls is a city of just over 14,000 people and the whole town has come together in support of Lily’s family. Residents have hung purple ribbons around town with messages of support, businesses have begun selling badges and stickers to raise support for the family, and a GoFundMe page has been set up as well.

Michael Houle, Senior Pastor of Valley Vineyard Church where some of Lily’s family are members, said that he “has opened the church’s doors to the community as a safe space to grieve.” Houle told CNN, “We live in a very generous town. Our community is coming together to meet the needs of family, community members, schools, and first responders. This is just the start and will be an ongoing process over the next weeks.”

Lily’s death has deeply impacted the community of Chippewa Falls. Teri Ouimette, Director of a nonprofit focused on improving the quality of life in the town, told Fox News that “children are often spotted playing outside on streets throughout the community” and we can only hope that this tragedy will not change that.

The investigation into Peters’ death is ongoing. Anyone with more information on this case is asked to call 1-800-263-5906.