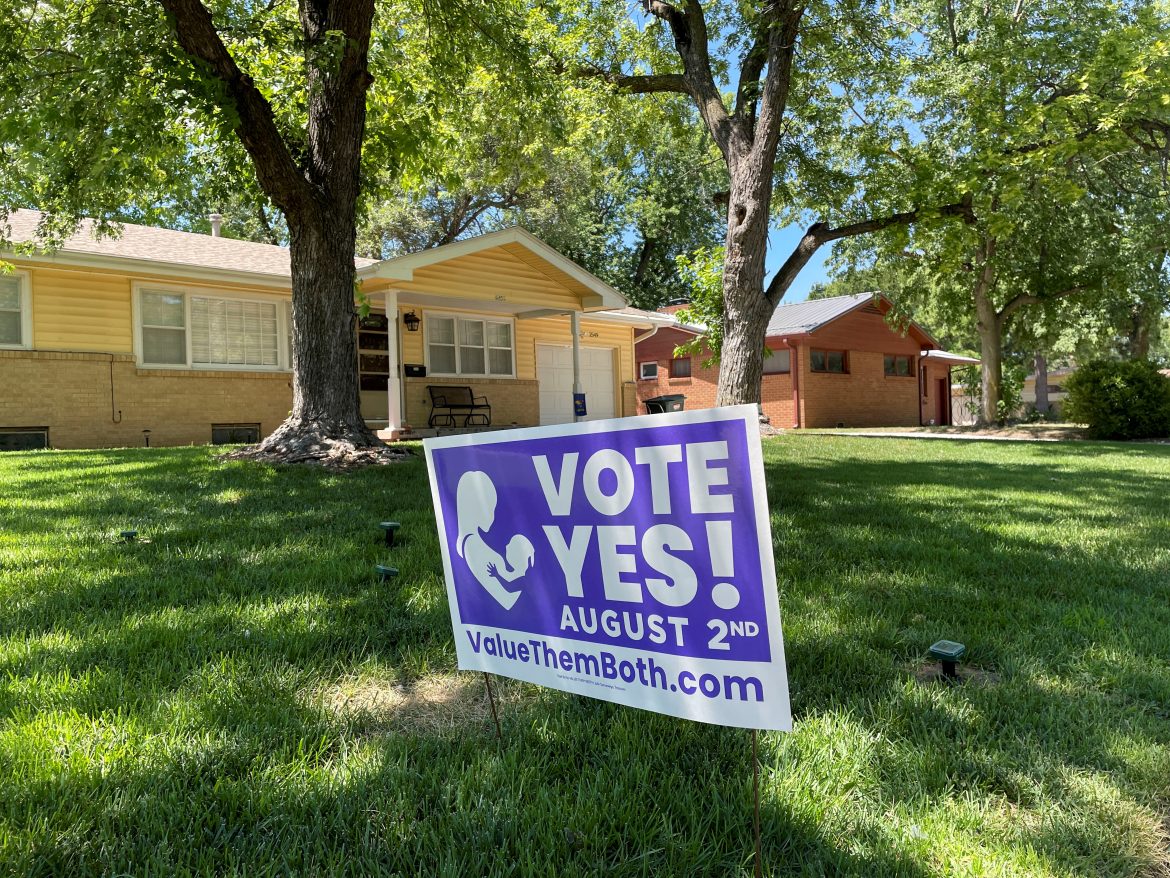 Kansas voters have only nine more days to go before they cast their ballots on abortion rights at a state level. A recent poll shows that a slim majority of voters favor the “Value Them Both” amendment that would allow regulation of abortion while striking down a “recently discovered” constitutional right to abortion.

On Aug. 2, the amendment will appear on statewide ballots with the explanation that it “would reserve to the people of Kansas, through their elected state legislators, the right to pass laws to regulate abortion because there is no Kansas constitutional right to abortion or to require the government funding of abortion.”

The Kansas election has been heralded as the first electoral test of abortion rights since the Supreme Court of the United States released its Dobbs v. Jackson decision last month. This decision means that the battle between pro-life and pro-choice now rages at individual state levels.

An approved amendment would affirm that Kansans value “both women and children.” It would not require taxpayer-funded abortions and would allow the state to further regulate abortion as voters see fit through elected representatives. It does not ban abortions but would open the door for legislation that does so.

A recent Coefficient state-wide poll reveals that voters themselves are leaning towards approving Value Them Both. In the poll, 49% said they agreed with the Supreme Court’s decision to overturn Roe v. Wade compared to 46% who disagreed.

Meanwhile, 47% of respondents said they planned to vote “yes” on Aug. 2. This is a 4-point lead over those who plan to vote “no.” 10% remain undecided.

However, the issue is not as simple as voting on new wording to insert into the state’s fundamental principles. In voting “yes” to the amendment, voters would also be issuing a reprimand to their state’s Supreme Court justices who discovered a right to abortion within the Sunflower State’s constitution back in 2019.

The opinion resulted from two abortion doctors who challenged a 2015 Kansas law that banned dilation and evacuation (D&E) operations from being used unless it was for the life of the mother, other health reason, or for an already deceased fetus. D&Es are frequently used for second-trimester elective abortions.

The state Supreme Court justices found that a woman’s right to make decisions about her body and pregnancy were “substantive rights” based on the natural rights for “life, liberty, and the pursuit of happiness.”

Some experts feel the fate of the amendment remains with the young population, who may or may not turn out to vote. Wichita State University political science professor Neil Allen said to Reuters, “I think this amendment will win or lose based upon the level of turnout of younger Kansans who don’t necessarily like the Democratic Party but want to defend abortion rights.”

According to the Coefficient poll, the 18-34 age range is the most likely to vote no, 75% to 24%. 89% of the respondents in this age group also signaled that voting was made more important to them because of the Value Them Both amendment.

However, there is also a wide range of views on when, if at all, abortion should be legal according to Kansans. One-third of voters feel that no restrictions should be in place. However, 24% feel that it should never occur unless in the case of rape, incest, or health. 9% of Kansans would see a total abortion ban, while 7% would see it prohibited after fetal cardiac activity, usually detected around the 6th week of pregnancy.

The amendment would give voters a chance to codify their beliefs into law, no matter where they fall in that spectrum.

Current Kansas laws allow for abortion up to 22 weeks of pregnancy but require a 24-hour waiting period and parental consent for minors.