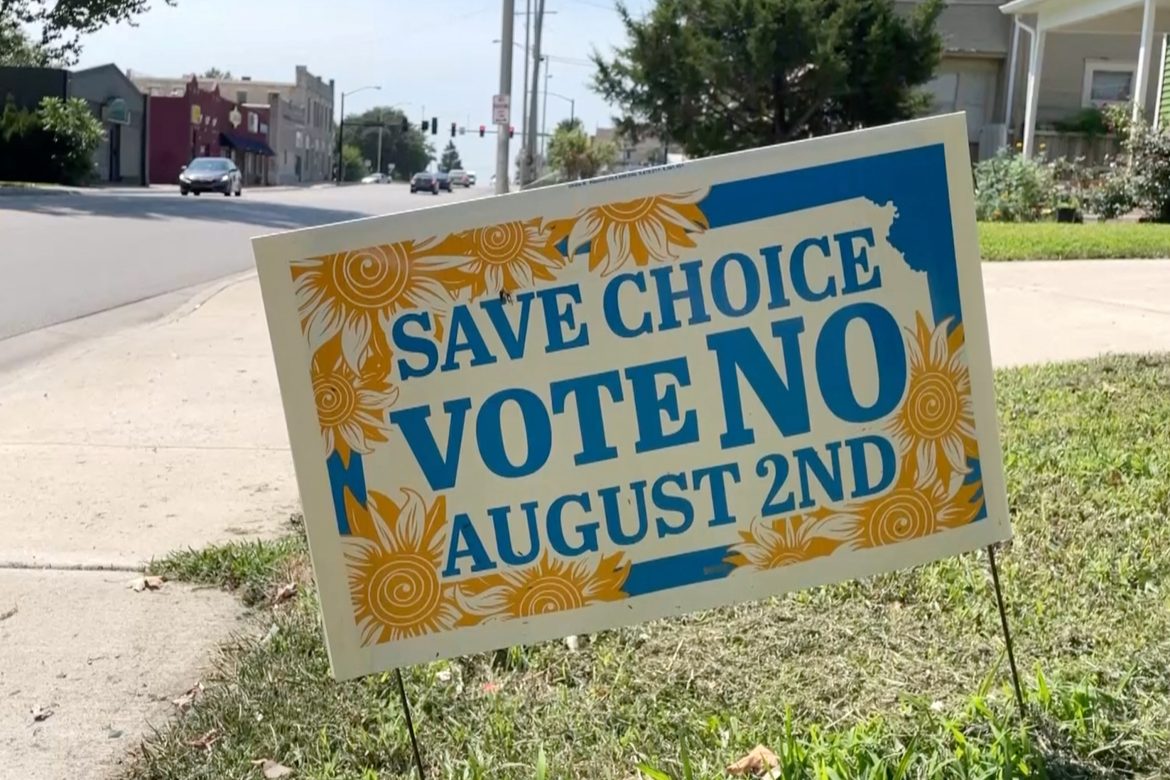 Kansas voters on Tuesday overwhelmingly rejected a proposition to amend the state’s constitution which would have allowed lawmakers to ban or restrict abortions. The decision marks the first time Americans were allowed to voice their opinion on abortion at the ballot box since Roe v. Wade was first decided in 1973.

In 2019 the state’s Supreme Court ruled that abortion is a protected right under the state constitution. Currently, abortions are legal in Kansas up to the 22nd week of pregnancy.

If passed, the “Value Them Both” amendment would have added the following to the state’s constitution:

§ 22. Regulation of abortion. Because Kansans value both women and children, the constitution of the state of Kansas does not require government funding of abortion and does not create or secure a right to abortion. To the extent permitted by the constitution of the United States, the people, through their elected state representatives and state senators, may pass laws regarding abortion, including, but not limited to, laws that account for circumstances of pregnancy resulting from rape or incest, or circumstances of necessity to save the life of the mother.

“A vote for the Value Them Both Amendment would affirm there is no Kansas constitutional right to abortion or to require the government funding of abortion, and would reserve to the people of Kansas, through their elected state legislators, the right to pass laws to regulate abortion,” the ballot summary read.

President Joe Biden interpreted the vote as a referendum on the Supreme Court’s decision to overturn Roe.

“The Supreme Court’s extreme decision to overturn Roe v. Wade put women’s health and lives at risk. Tonight, the American people had something to say about it,” Biden said in a statement. “Voters in Kansas turned out in record numbers to reject extreme efforts to amend the state constitution to take away a woman’s right to choose and open the door for a state-wide ban.”

Lila Rose, pro-life activist and founder of LiveAction, called the results “a tragic setback for Kansas,” but said it “will do nothing to stop the pro-life movement’s momentum to pass unprecedented legal protections for preborn children across the nation.”

Tonight’s results are a tragic setback for Kansas, but will do nothing to stop the pro-life movement’s momentum to pass unprecedented legal protections for preborn children across the nation. For justice and for life, we fight on.

The amendment’s large margin of defeat is somewhat surprising, as a Co/efficient poll from last month showed 47% of Kansans intended to vote “yes” for the measure, compared to 43% who said they would vote “no.” Just 10% said they were undecided.