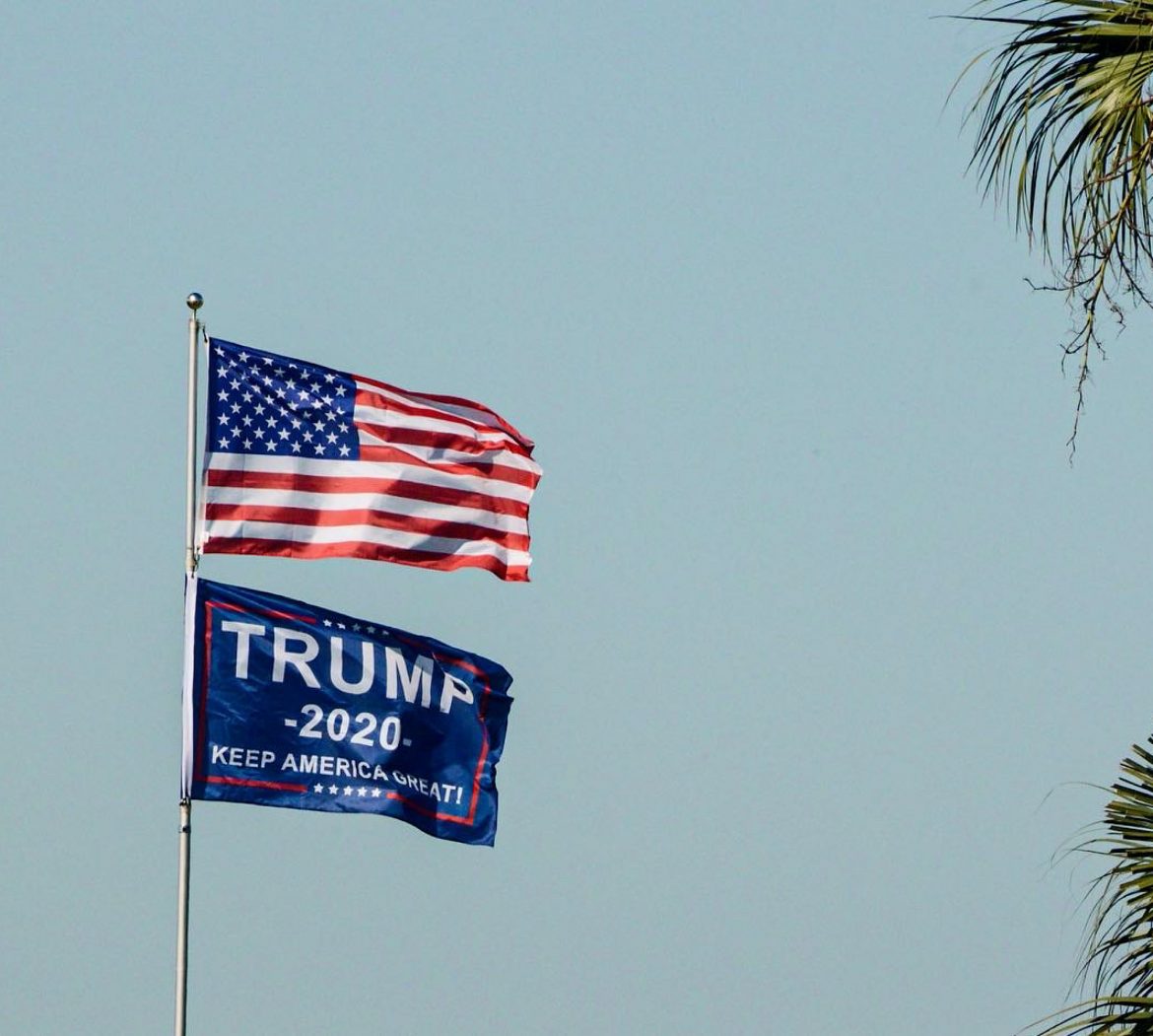 A known sex offender on the run for shooting a local sheriff’s deputy met his end when he broke into a home that photos from on-the-scene reporting show had a Trump 2020 flag hanging off the porch.

According to the Dixie County, Florida Sheriff’s Office, deputies responded to a fellow officer from a neighboring county who was shot while conducting a traffic stop. The officer was shot by the suspect, Gregory Miedema, and had to be taken to a nearby hospital.

Please Share!
A Florida Blue Alert has been issued for Georgy Ryan Miedema, last seen in Perry, Florida. If located, DO NOT APPROACH. If you have any information on the whereabouts of this person, please contact the Taylor County Sheriff's Office at 850-584-2429 or 911. pic.twitter.com/PIu0n78JwY

The hunt for Miedema was on, and multiple agencies searched extensively through the night, until the next morning when they responded to a residence near Tennille, Florida, after a homeowner reportedly shot an intruder.

“Upon arrival deputies made contact with the homeowner who stated he had exchanged gunfire with the armed suspect after he entered their home. The suspect was deceased when deputies arrived at the residence,” the DCF Sheriff’s office said in their Facebook update. The department stated that the deceased’s car had “several firearms strategically placed in what appeared to be an ambush setup.”

Crime scene tape outside the Dixie County home where the suspect at the center of last night's Blue Alert was shot and killed by the homeowner. The homeowner was also injured, but is expected to be released from the hospital soon. Photo from Dixie County Sheriff's Office. @WCTV https://t.co/Ih3Sh2hNXF pic.twitter.com/TyPlFQKDJC

WCTV reported that the special agent in charge confirmed that the homeowner was protecting himself at the time that Miedema was shot.

A journalist’s photo of the crime scene showed the homeowner’s porch area that prominently featured the Trump 2020 flag.

The officer who Miedema shot is Deputy Troy Andersen, who is in stable condition. “Everything is going in a good direction,” Padgett said. “Troy is a valued employee of the Taylor County Sheriff’s Office.”

WCTV was reportedly able to confirm Gregory is a registered sex offender in the state of Florida, and records indicate that he was convicted of intercourse with a minor in 2011 as well as possession of child pornography.

CPAC: Trump leans on his hits while dissing Biden-era negatives

CPAC: Mike Pompeo says he and Trump ‘told people around the world you cannot tread on us’