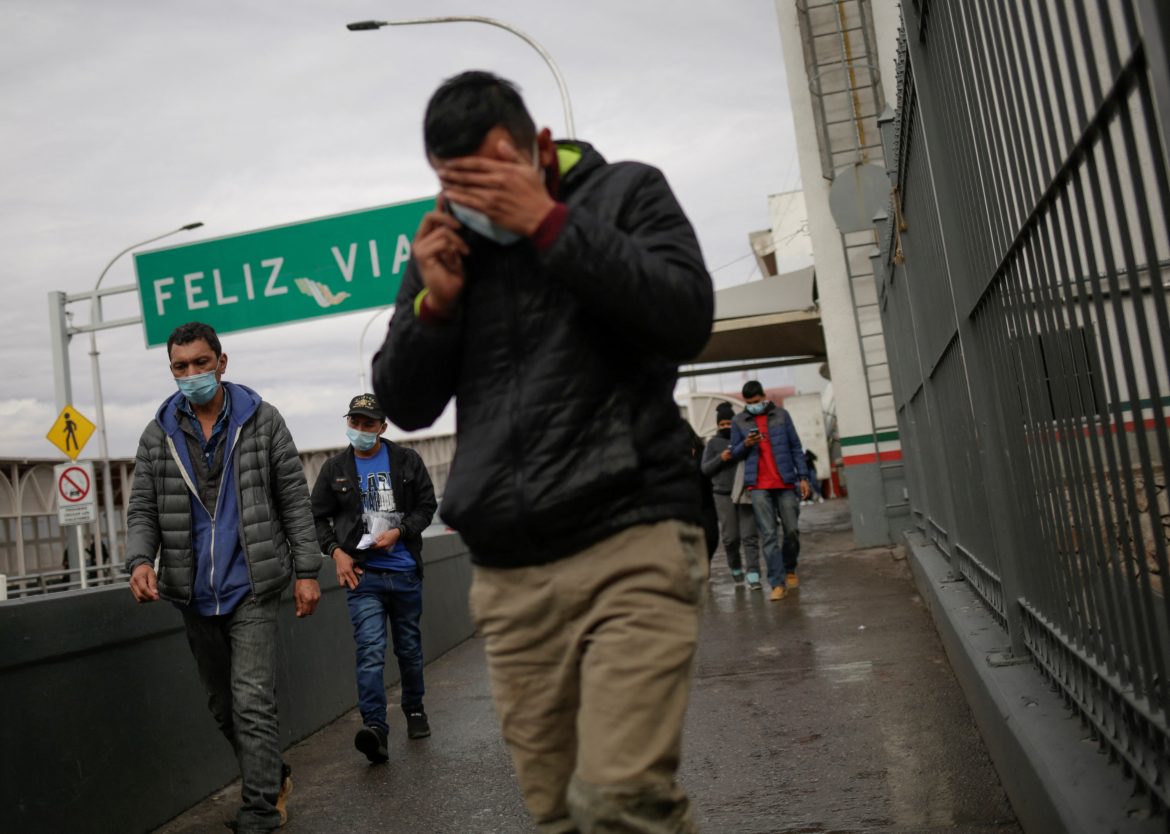 Video footage has emerged showing single adult illegal immigrants being taxied off to a nearby airport in Texas to reportedly be transferred elsewhere, according to an exclusive report from Fox News.

The report says that dozens of these men were shuttled by way of “federally contracted buses” to an obscured parking garage in Brownsville, Texas. This location is supposedly a “Border Patrol drop-off” point. The men went inside and emerged later to be taken to the nearby Harlingen Airport.

Some of the migrants reportedly said, “that they had crossed illegally that morning, paying approximately $2,000 per person to cartel smugglers.” Apparently, “they were flying to destinations including Miami, Houston and Atlanta.”

Bill Melugin, the national correspondent for Fox News, shared this video on his Twitter feed.

There are black tarps set up around the parking garage to obstruct the public’s view. In a statement, the city of Brownsville confirmed to me that they use this spot to work with the federal government to facilitate travel for the migrants released from federal custody. @FoxNews pic.twitter.com/c7kgs4rgyL

He later shared another video of adult men awaiting transportation saying they have not been “Title 42’d.”

BREAKING: The federal government continues to mass release single adult male migrants at a parking garage in Brownsville. We’ve seen 4 of these groups in last 2 hours. Some have ankle monitors on. All being released to bus stations or the airport. Not Title 42’d. @FoxNews pic.twitter.com/mnneUNHFC1

Title 42 refers to a border policy implemented during the Trump presidency which allowed for the expulsion of certain illegal immigrants without a hearing due to a current health risk, which originally was the initial spread of COVID-19. This policy is still used today under the Biden administration, despite pressure to have it repealed.

The city of Brownsville reportedly told Fox News in a statement that they were using some federal FEMA funds through its Office of Emergency Management to shuffle the men “to their final destination by allowing them to use services to contact their families, NGOs, or a taxicab.” The city also confirmed the obscured area was a waypoint where the migrant men are given travel information.

This information comes as Customs and Border Protection released data for the month of December which showed that there were a total of 178,840 encounters at the southwest land border. This is the highest number of encounters in this area since April 2021.

Republicans have been pointing to the border as a crisis soon after Biden took office, often saying his lax policies are causing the influx of record illegal immigrant encounters seen in 2021. This report only adds more fuel to that fire.

Texas Senator Ted Cruz responded to these videos on Twitter saying, “The Biden-Harris Administration is rolling out the red carpet for illegal aliens.”

White House Press Secretary Jen Psaki was asked about this report during a briefing on Tuesday, but did not have a definitive answer to the question.

REPORTER: "Why is it that large numbers of single adult men are being released into the United States just hours after being apprehended at the southern border?"

PSAKI: "I'm not sure of the specifics of what you're referring to." pic.twitter.com/JiF2LOWNTu