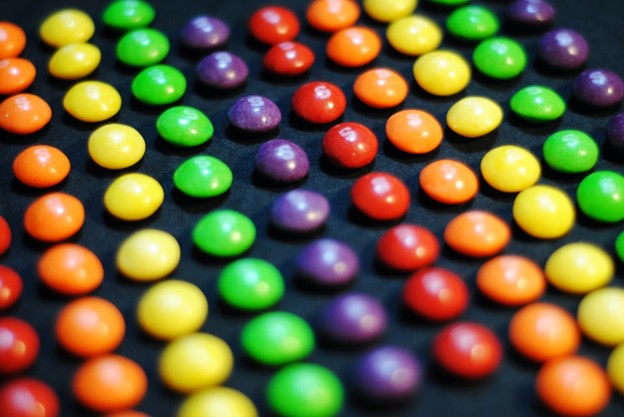 You’ve probably heard the popular candy’s slogan, “taste the rainbow,” but you may not have heard that you are also eating potentially toxic chemicals.

Jenile Thames filed a suit in Oakland, California on Thursday claiming that she opened a package of Skittles that still contained titanium dioxide despite promises from its parent company to remove the chemical. The suit accuses Mars Inc. of failing to package the product in a way that would allow consumers to see information about the ingredients in the candy. The suit also claims that due to the toxin Skittles “are unfit for human consumption.”

In 2016, Mars Inc. promised to stop using artificial colors within a five-year span which would include changes to more than 50 brands, including M&M’s, Skittles, and Starburst, according to the lawsuit.

Titanium dioxide is a chemical that is commonly found in paints, plastic, ink, adhesive, and roofing materials. It is also a popular ingredient found in sunscreen, cosmetics, candy, gum, chocolate, and coffee creamer.

When manufacturers process the chemical to remove impurities, it results in white color. This makes it ideal as a coloring in its synthetic form for its whitening effects because it is easily absorbed and odorless.

Research has found that the nanoparticles that make titanium dioxide useful in some products are actually indigestible, however, which negatively affects the body and causes a variety of ailments. Some of these ailments include chromosomal damage, inflammation, cell injury and death, and DNA damage. These known health risks have led other countries to ban the use of the chemical food additive.

France announced a ban which took effect in January of 2020 and the European Union (EU) announced that it will begin phasing out the chemical between February and August of 2022 before a complete ban. The EU also denied “the authorization of titanium dioxide as a feed additive for all animal species.”

In 2021 the European Food Safety Authority (EFSA) announced that it is not possible to rule out genotoxicity (the ability to alter DNA) from titanium dioxide and it “can no longer be considered as safe when used as a food additive.”

This means that the FDA allows manufacturers to label their products with the terms “artificially colored,” “artificial color added,” or “color added,” unless regulations require that the common or usual name be labeled specifically. The FDA also allows manufacturers to perform and submit their own data proving the safety of products containing titanium dioxide as a food additive.

There has been no independent assessment carried out by the FDA.

Thames’ attorneys are seeking a class-action status that will cover all U.S.-based customers of Skittles, according to the Insider.

“A reasonable consumer would expect that [Skittles] can be safely purchased and consumed as marketed and sold,” the complaint states. “However, the products are not safe.”

MLB draft has a family feel