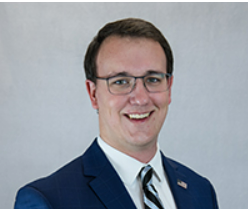 Parents within the Scottsdale Unified School District are calling for the resignation of a school board president whom they say kept secret “dossiers” on them.

According to a reporter from the Scottsdale Independent who broke the story, a Google drive containing personal information and background checks on 47 parents was uncovered when SUSD Governing Board President Jann-Michael Greenburg inadvertently shared a link to the drive in an email he sent to another parent. Information found on the drive include: images of parents’ children and homes, court records relating to property transfers and divorce decrees, personal financial documents, professional certifications, and mortgage statements.

Amanda Wray, one of the affected parents, expressed shock and disbelief upon discovering the extent of personal information Greenburg allegedly collected about her, including her property records and photos of her children. “It was absolutely terrifying to see the dedication of someone stalking you and your children,” she said. “He’s sharing our information outside of the district. Does he know everything about me and my kids? Does he know my child’s emergency contact at school? Does he know my kids’ allergies? He has no legitimate purpose to be collecting and sharing this information.”

Wray believes the dossiers were generated to target parents involved in an earlier petition for Greenburg’s resignation over the district’s strict COVID-19 policies. “We’re not anti-mask, we’re not anti-vaccines. They’ve painted us that way because it fits their inflammatory narrative. We’re all for parent choice and really, transparency,” she said.

Wray’s image appears on the drive along with boxed text that reads, in part: “Ms. Wray advocates for reducing access to Covi-19 [sic.] vaccines to the underserved communities within the SUSD school district.” The text goes on to mock her advocacy efforts on behalf of other concerned parents, saying she “believes she is called by God to offer her dubious financial planning services to families seeking to enroll their children in private religious schools,” followed by details about a second mortgage and vacation home owned by Wray.

The Social Security numbers and mortgage information of several parents appear on the drive, as well as memes in which images of their faces are “superimposed” into disturbing photos, including one depicting a lynching. Wray referenced an unnamed parent whose image was used in the lynching meme, saying, “I can tell you, she’s distraught by this and it’s disgusting.”

We were with @AmandaWray in spirit! Keep it up, Amanda! https://t.co/Mmtiix0xbQ

The drive also contains images of a man believed to be Greenburg’s father, Mark Greenburg, following cars on his motorcycle while appearing to write down license plate numbers. The drive purportedly originated from Mark Greenburg’s account.

Jann-Michael Greenburg denied having any knowledge of the alleged doxxing, despite the link’s presence in the email sent from his account.

“I categorically deny having anything to do with any of this. If you are going to claim in a story right now, that I had anything to do with this, I would argue that crosses the line,” he said. “We are going to have forensic IT staff look into this and figure out what that is. You can file with law enforcement, I am not sure even why we are looking at these photos.”

The SUSD, over which Greenburg presides, sent a letter to parents in the district Wednesday in which its members point out that court and other legal documents found on the drive are publicly accessible and state that no investigation would be forthcoming. “While the existence of the site and its public record contents may raise concern, such activities are not within the purview of the Scottsdale Unified School District to control and are unrelated to the district’s task of providing future-focused, world-class learning opportunities to our 22,000 Pre-K-12 students,” the letter reads.

According to a Fox News report, the school board reversed its stance on Friday announcing plans to hire an “independent forensic investigator” to determine whether school resources were used to collect data on concerned parents.

Jann-Michael Greenburg has filed to run for reelection in November 2022.

Over 100k spam emails sent from FBI during weekend hack