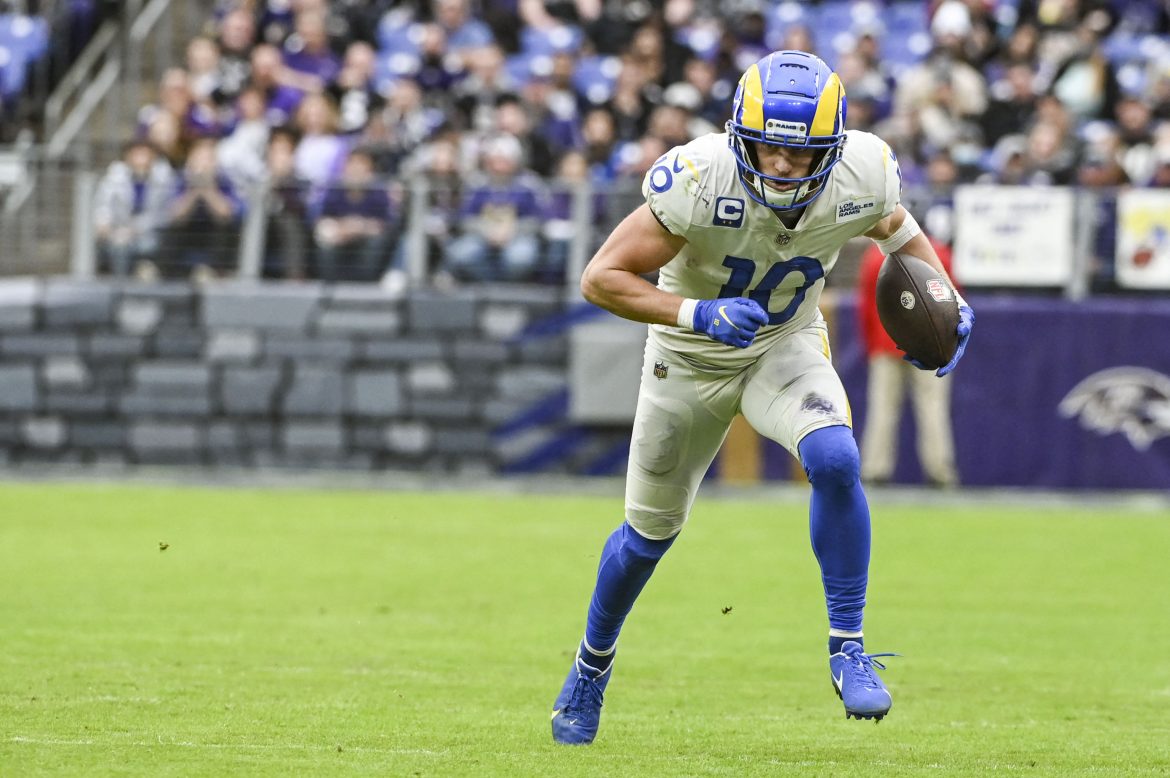 As Christians, it is always encouraging to see a professional athlete at the top of his craft who recognizes that he is nothing without God. Christians have this example in Cooper Kupp, star wide receiver for the Los Angeles Rams.

Kupp has performed at an incredible level this year. He is currently one of the top candidates for the NFL’s Most Valuable Player (MVP) award, given every year to the best all-around player in the league.

In the regular season, Kupp led all NFL receivers with 1,947 yards and 16 touchdowns. He was a vital part of the Rams’ push to the NFC Western Division title and has continued his stellar play in the postseason. His team is now one win away from the Super Bowl, hosting the 49ers on Sunday in the NFC Championship Game.

Through it all, Kupp has remained steady. He is a humble player with humble roots; a kid from relative obscurity at Eastern Washington University who has now emerged as an MVP candidate. More than that, Kupp is an outspoken Christian who relies on his faith in God to drive him.

The website His Huddle ran a story on Kupp last week highlighting his confidence in the commands of God, specifically in his role as a husband and father. In a world where many men have abandoned the biblical call to authentic manhood, Kupp has embraced it:

God speaks freely and openly in the Bible of the role that a man of God plays as a husband and a father. He does not mince words when He speaks of the importance of loving your wife as Christ loved the church. And that is a love that is one of service and sacrifice.

Kupp has been married to his wife Anna since 2015 and has two children – Cooper Jr., born in 2018, and Cypress, born last year.

After the Ram’s thrilling 30-27 win over the Tampa Buccaneers last week, Kupp spoke to the press wearing a hat that said, “Do it to get a crown that will last forever.” These words are sourced from 1 Corinthians 9:25, where Paul encourages believers to strive for the heavenly prize in Christ that will never fade or wear away.

On Sunday, Kupp will compete for the chance to achieve the highest honor in football. But in Christ, he has more than any championship, record, or million-dollar contract could ever give – salvation from sin and purpose in life.

Excellent article Seth about an excellent player and man of God. Your writing is stellar!!