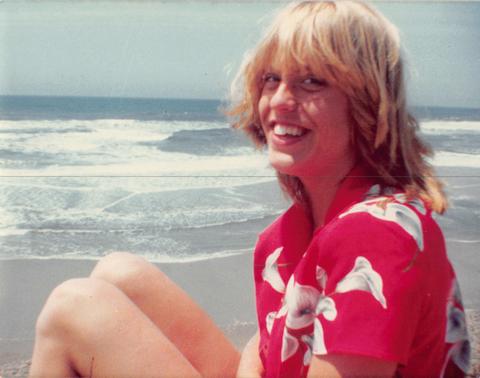 On the night of September 3rd, 1982, 15-year-old Karen Ann Stitt was raped and murdered while on her way home. After 40 years, law enforcement was finally able to make an arrest.

Gary Ramirez,75, was arrested at his Maui home on August 2 and charged in connection with the heinous crimes.

On September 2, 1982, Karen took a bus from her home in Palo Alto, Calif. to visit her boyfriend in Sunnyvale. It was the last night she was seen alive.

According to the public arrest warrant in the case, Karen and her boyfriend met up that evening at a 7-Eleven convenience store, purchased drinks, and walked around the neighborhood. Around midnight, Karen and her boyfriend made their way back to the bus stop so that she could return home. As reported by the Los Angeles Times, Karen’s boyfriend, fearing he would be late for his curfew, couldn’t wait with her and departed from Karen as they approached the bus stop.

Karen’s body was found the next morning, stabbed 59 times, and left near a cinderblock wall about 100 yards from the bus stop. Stitt’s boyfriend was initially suspected but was cleared of all charges. For decades, Karen’s case remained unsolved.

Due to advancements in forensic science, investigators were able to link Gary Ramirez to the crime scene. According to the arrest warrant for Ramirez, in 2021 Detective Matthew Hutchison received a tip that led him to investigate Gary Ramirez. Detective Hutchison obtained a DNA sample from a child fathered by Gary Ramirez and, as Law & Crime reports, there was “very strong statistical support” linking Gary Ramirez’s DNA to the DNA found at the crime scene and on the body of Karen Stitt.

The case of Karen Stitt is one of the thousands of similar cases that go unsolved each year. There is currently a backlog of untested DNA and rape kits that numbers in the tens of thousands.

According to a 2019 report from the U.S. Government Accountability Office, “about 169,000 backlogged requests for DNA analysis” were racked up by the end of 2017. That number is exceedingly high given the revolting nature of the crimes in question.

Federal funding provided to state and local governments provides much-needed help to law enforcement in their quest for justice. In 2019, the Trump administration renewed a law that was set to expire which, according to ABC News, would “[provide] funding to help states eliminate backlogs in rape kit testing…[and] help deal with the more than 100,000 rape kits across the country that remain untested.”

The law, called the Debbie Smith Reauthorization Act of 2019, was named for a victim who was raped in 1989, but evidence in her case was not tested for five years.

Mariska Hargitay, Hollywood actress and founder of End the Backlog.org, stated that “the backlog is one of the clearest and most shocking demonstrations of how we regard these crimes in our society. Testing rape kits sends a fundamental and crucial message to victims of sexual violence: You matter. What happened to you matters.”

The criminal case against Gary Ramirez is ongoing.

Egyptian church fire kills at least 41, most of them children