Manchin, Biden make ‘some’ progress, but at impasse on deal 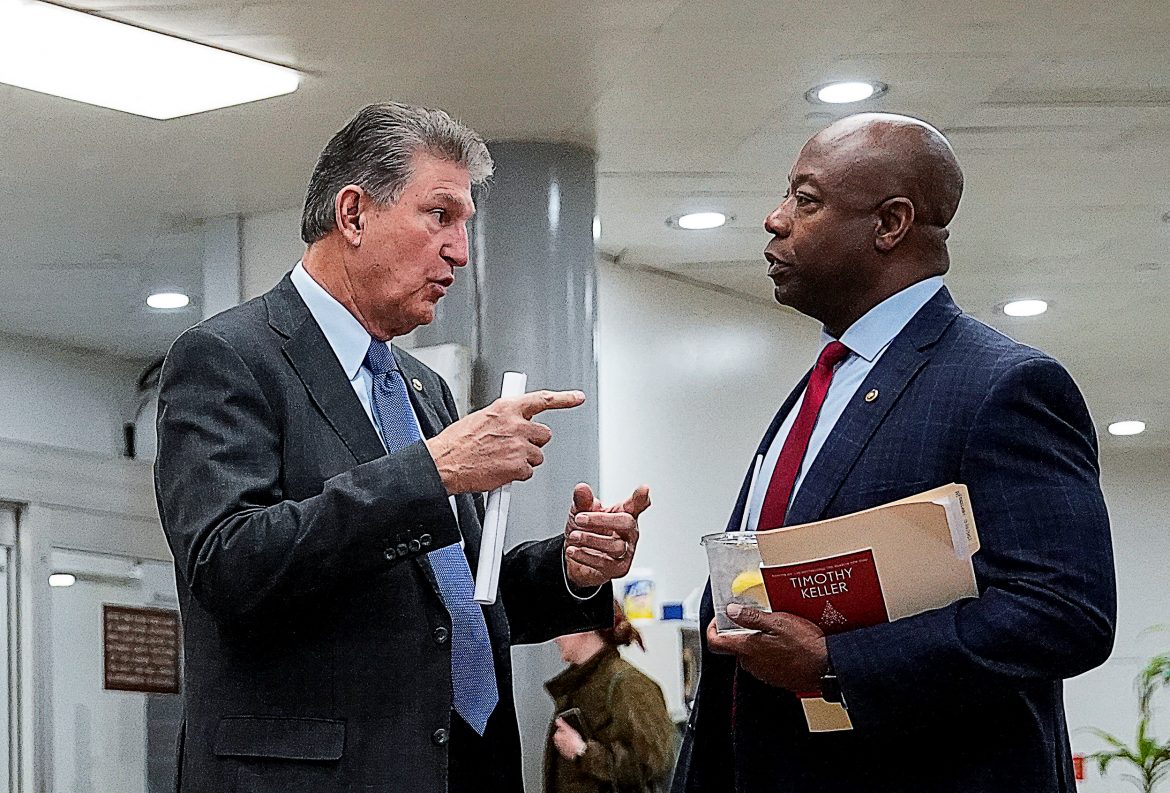 Negotiations between President Joe Biden and moderate Senate Democrat Joe Manchin of West Virginia made little headway Wednesday, and any hopes the administration had of passing Build Back Better before Christmas seem to have evaporated.

Manchin – who represents the key vote if the president’s sweeping, if ever shrinking, social spending bill is to pass at all – confirmed through a spokesman that he’d had a productive conversation with the president.

President Biden echoed the sentiment but, when asked by a reporter if any progress had been made in negotiations, responded simply, “some.”

The major sticking points for Manchin have long been the cost of the bill, about $1.75 trillion at present, and the threat such spending could pose to the economy. Additionally, the senator has expressed worry that many measures currently listed as temporary will become permanent, thereby drastically escalating the bill’s true cost.

Additionally, Manchin has withheld his vote because the bill is not yet fully written.

At present, the two men seem to be at odds over extending the Child Tax Credit, which was set to expire Wednesday. President Biden wants to add the credit into the bill while, according to a report from CNN, Manchin wants to “zero it out.”

During a press gaggle aboard Air Force One Wednesday, Principal Deputy Press Secretary Karine Jean-Pierre called Republicans “reprehensible” for not supporting the Child Tax Credit. When pressed by a reporter if Manchin should also be considered reprehensible, Jean-Pierre took a friendlier stance.

“Look, Senator Joe Manchin is a friend of the President, and we’ve had very good conversations,” Jean-Pierre said. “The President has had two great conversations with him this week that have been productive … I’m not going to say more, because even Manchin said this person-to-person conversation should be kept that way.”

Manchin had a rare moment of emotion Wednesday. He lashed out at a journalist, identified by The Hill as a writer for the Huffington Post, who questioned Manchin about his stance on the Child Tax Credit.

“Guys, I’m not negotiating with any of you all,” Manchin said. “You can ask all the questions you want. Guys, let me go. This is bull—-. You’re bull—-.” He then walked away grumbling.

The senator also bemoaned what he called “bad rumors” started by members of the media and said he supports the Child Tax Credit.

Wednesday’s developments have caused many on the Left to concede that the bill will not be done before Christmas.

Rep. James Clyburn (D-S.C.), the third-ranking House Democrat, told Politico that the bill would not pass “in the time frame that some people would like to see.” Sen. Lindsey Graham (R-S.C.) told Fox News’ Sean Hannity the bill was “dead forever.”

President Biden, who expressed optimism early on Wednesday, indicated later in the day he was willing to wait, telling a reporter during a different press gaggle that he viewed a pending congressional voting rights bill as the most important act to pass.

The voting rights bill, which needs a 60-vote supermajority to overcome a Republican filibuster, faces an even steeper climb than Build Back Better.

Versions of the voting rights bill have passed the House three times since 2019 but have stalled in the Senate each time because of staunch opposition from Republicans and, in 2019 and 2020, Manchin’s unwillingness to vote to weaken filibuster rules.