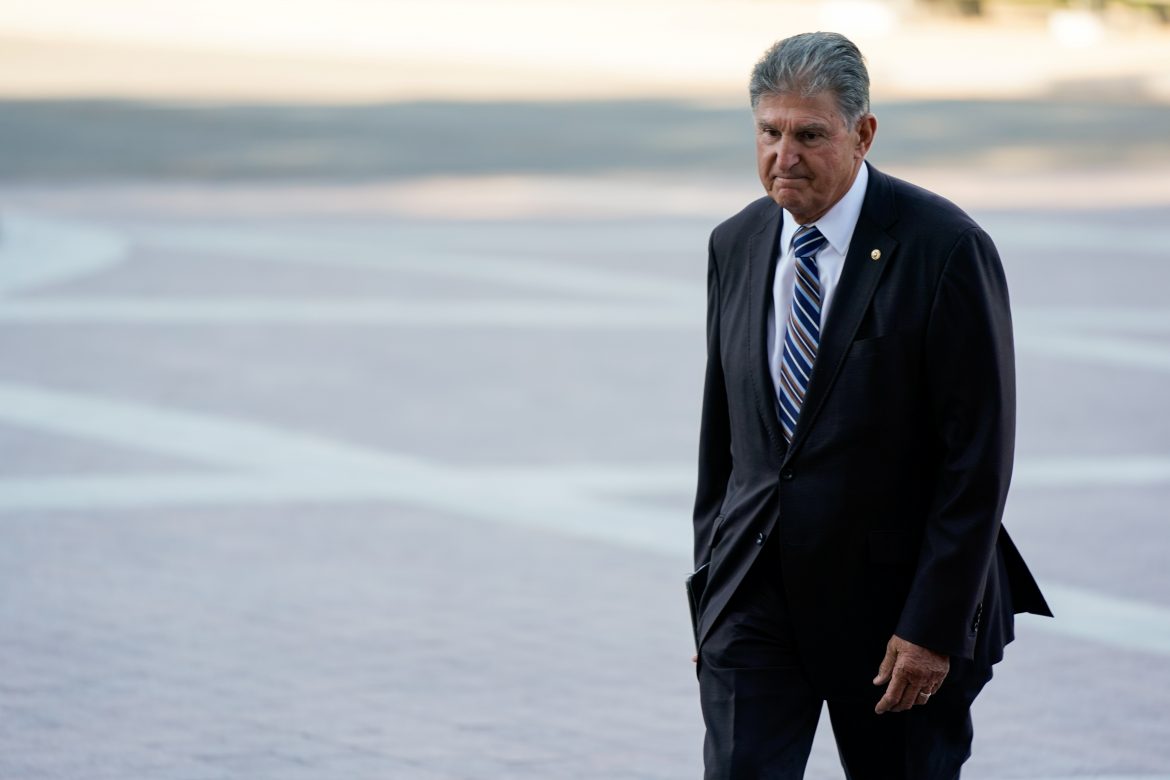 In his most recent move, Manchin told conservative magazine The National Review that a final reconciliation bill must include the Hyde Amendment, or the bill would be “dead on arrival”.

The Hyde Amendment, which was introduced by Republican Rep. Henry Hyde in 1976, prohibits federal programs from funding abortions.

Manchin, who is pro-life, can derail any spending bill in the Senate with just his vote. All 50 Republican Senators are expected to vote no on whatever bill is presented, meaning all 50 Democrats in the Senate must vote yes to gain a tie-breaking vote from Vice President Kamala Harris.

The senator has been maneuvering in public and private meetings to use his no vote to gain numerous concessions.

On Wednesday, he announced he would not support a spending bill with a price tag higher than $1.5 trillion, calling the Democrats’ proposed $3.5 trillion bill “fiscal insanity”.

“Since the beginning of this reconciliation debate,” Manchin wrote in a statement, “I have been consistent in my belief that any expansion of social programs must be targeted to those in need, not expanded beyond what is fiscally possible.”

In response to The Hill’s coverage of Manchin’s newest requirement, Ocasio-Cortez tweeted, “Ever notice how ‘deficit hawks’ vote for record-high defense spending, yet claim bills that help people & challenge lobbyists are ‘too much?’” She then compared the cost of the defense bill to the cost of the Build Back Better bill.

Ocasio-Cortez is one of a contingent of progressive Democrats who say they will not support any bill that does not include the entirety of President Biden’s “Build Back Better” plan.

“By allowing one bill to advance without the Build Back Better Act alongside it,” Rep. Pramila Jayapal (D-Wash.) tweeted, “we leave behind childcare, paid leave, health care, climate action, education, and a roadmap to citizenship. We’re not going to leave working people, families, and our communities behind.”

While Democrats have bickered, Republicans have shown no signs of wavering.

On Thursday, in remarks on the Senate floor about the passage of a bill that prevented a government shutdown, Senate Minority Leader Mitch McConnell (R-Ky.) indicated that more moderate policies would prevail.

“The Democratic majority has begun to realize that the way forward on basic governing duties matches the road map that Republicans have been laying out for months,” McConnell said.

The end game might become a matter of simple mathematics. According to their site, the Progressive Caucus has 95 members in the House and a single senator, Vermont’s Bernie Sanders; although, last week, the group announced 11 Senators had pledged to only vote for a bill, or collection of bills, that funded the entirety of the “Build Back Better” plan.

If Republicans and the Democrats who do not belong to the Progressive Caucus reach even a modestly popular agreement – the appropriations bill that kept the government open passed 65-35 –  there wouldn’t be enough progressives in either house to prevent a bill from proceeding to the president’s desk.