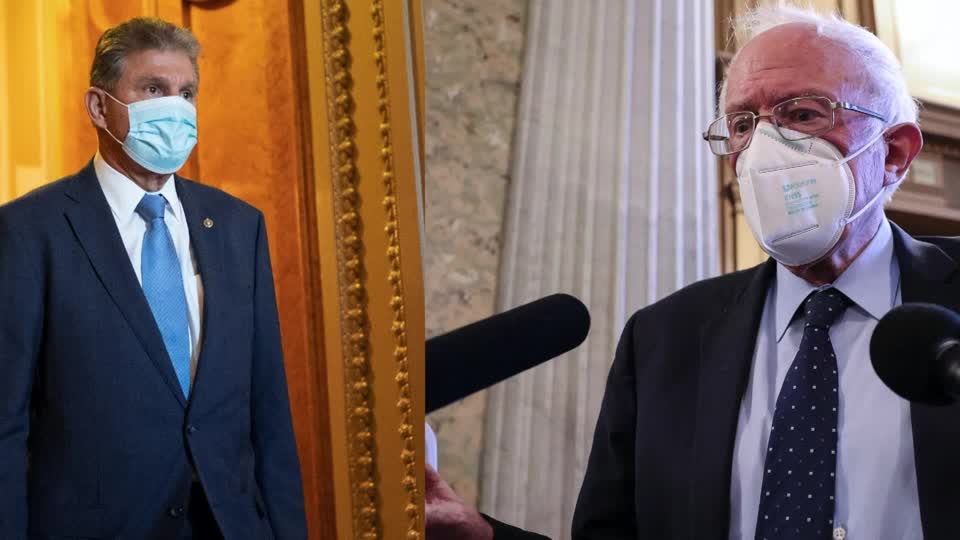 In a move reminiscent of a bygone era, late last week Sen. Bernie Sanders of Vermont took his frustrations with centrist Sen. Joe Manchin to the opinion page of a newspaper in Manchin’s home state.

Writing Friday in the Charleston Gazette-Mail, the daily newspaper of West Virginia’s capital city, Sanders criticized Manchin for breaking rank with his fellow Democrats, linked Manchin to the interests of what Sanders portrayed as greedy companies and billionaires, and lauded the $3.5 trillion “Build Back Better” bill.

“This reconciliation bill is being opposed by every Republican in Congress as well as the drug companies, the insurance companies, the fossil fuel industry and the billionaire class,” Sanders wrote. “They want to maintain the status quo in which the very rich get richer while ordinary Americans continue to struggle to make ends meet.

“I believe that now is the time, finally, for Congress to stand up for working families and have the courage to take on the big money interests and wealthy campaign contributors who have so much power over the economic and political life of our country.”

“This isn’t the first time an out-of-stater has tried to tell West Virginians what is best for them despite having no relationship to our state,” Manchin wrote. “Millions of jobs are open, supply chains are strained and unavoidable inflation taxes are draining workers’ hard-earned wages as the price of gasoline and groceries continues to climb. Senator Sanders’ answer is to throw more money on an  already overheated economy while 52 other Senators have grave concerns about this approach.”

Manchin was referring to all 50 Republicans in the Senate, Arizona Democratic Sen. Kyrsten Sinema, and himself, all of whom have expressed hesitance over or outright rejected the Democrats’ bill.

Manchin and Sinema have urged Democrats to shrink the cost of the bill to at least $2 trillion, but progressives are dug in on the higher amount as a glut of funds are needed to pay for such measures as free preschool and community college, enhanced childcare benefits, investment in electric vehicles, and additional rules and programs aimed at improving the environment.

In his statement Manchin wrote, “Congress should proceed with caution on any additional spending and I will not vote for a reckless expansion of government programs. No op-ed from a self-declared Independent socialist is going to change that.”

Friday in Connecticut, in a lengthy, anecdote-filled speech in favor of his initiative, President Joe Biden twice mentioned that he did not believe his $3.5. trillion goal would be reached.

As the price tag of the spending bill lowers, the problem of passage won’t necessarily be solved.

The president will still have to find a sweet spot that is agreeable to Manchin, Sinema, and at least 10 Republicans, the number needed to overcome a filibuster; and this is assuming no Democrat withdraws his or her support.

Sanders – a registered independent who caucuses with the Democrats and who is the only Senator who is a member of the Congressional Progressive Caucus – has long championed higher taxes for the wealthy and widely expanded social programs.

However, in the Senate the numbers are unlikely to materialize for the farther-left elements of the Democratic Party to mount a counter-offensive and delay or defeat a bill backed by Biden, endorsed by Manchin and Sinema, and supported by even a modest collection of Republicans.

After Senate approval, the bill would then need to be approved by the House, where there is a sizable contingent of progressives who have vowed to see the larger amount through to fruition.

Even with elevated numbers in the lower chamber, 94 voting Progressive Caucus members, it would be unlikely progressives in the House could rally the support necessary to overcome a coalition of the other Democrats and Republicans.