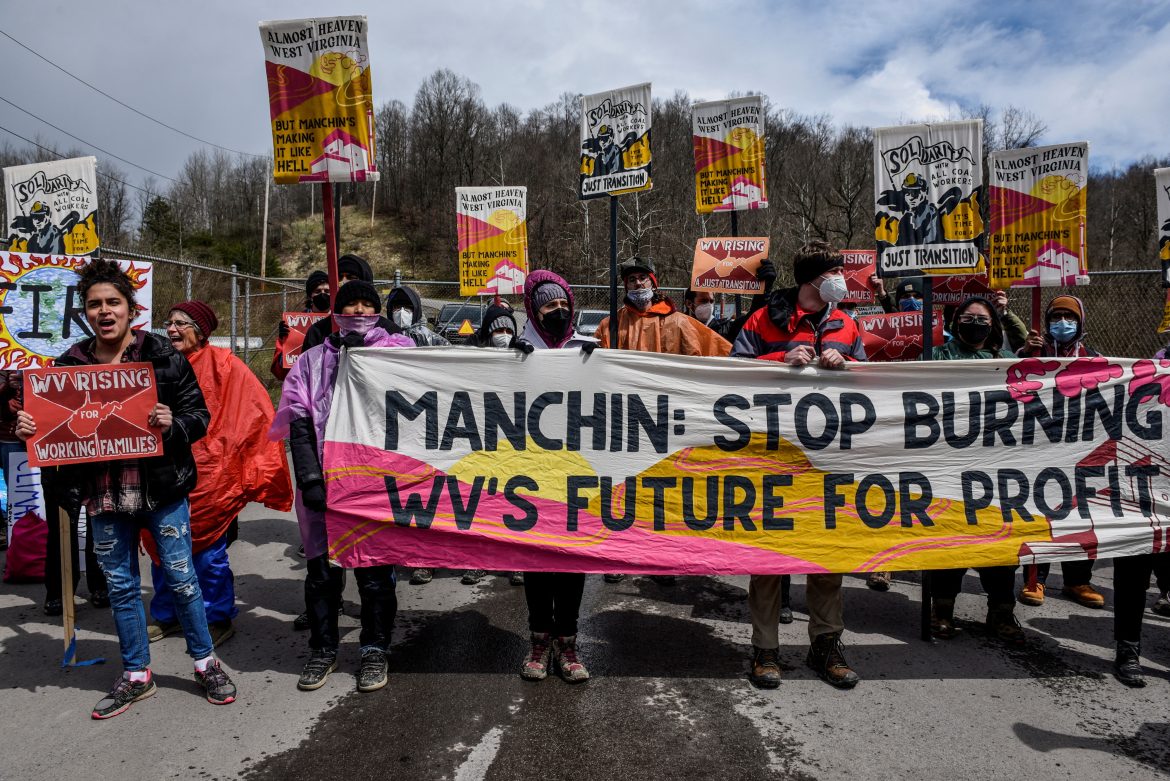 Sen. Joe Manchin of West Virginia, the Democrat who since the beginning of the Biden Administration had gained enormous popularity among conservatives in his solid-red state, has experienced a drop in popularity that was as profound as it was sudden.

According to polling by YouGov America, a British-based research firm, Manchin’s favorability rating plummeted by 29 points. The timing of this drop coincides with Manchin’s compromise with Senate Majority Leader Chuck Schumer (D-N.Y.) and, by extension, President Joe Biden on the Inflation Reduction Act.

The poll indicates that, as of Aug. 9, 51% of registered voters have an unfavorable opinion of Manchin with only 21% viewing him favorably.  A month ago, Manchin was viewed unfavorably by 34% of respondents and favorably by 35%.

If he is aware of or concerned about the YouGov results, Manchin has not let on. Friday, following the House’s passing of the Inflation Reduction Act, he was in a mood to celebrate.

“Today the U.S. House of Representatives passed the Inflation Reduction Act, which will increase domestic energy production, lower energy and healthcare costs, and pay down our national debt without raising costs for working Americans,” Manchin said in a statement.

He added, “This bill is the result of months of negotiations, and I’m proud of our work to get it across the finish line. The Inflation Reduction Act will lower the inflation taxes that are hurting West Virginians and Americans by investing in American energy production that will lower gas and home energy prices. The bill also ensures everyone is paying their fair share so we can get our financial house in order while protecting working Americans and small businesses. I look forward to President Biden quickly signing this legislation into law and following it up with comprehensive permitting reform that Congress will pass next month.”

Manchin also has ceased to follow one of his favorite economic prognostication organizations.

As previously reported by FISM, the Penn Wharton Budget Model, a source Manchin is known to track, predicts the Inflation Reduction Act will do little to bring down inflation. The Wall Street Journal editorial board, Republicans, and American voters broadly share Penn Wharton’s pessimism.

The only saving grace Manchin might have is that he is ultimately answerable only to West Virginians; but, as reported by The Hill, the reaction in West Virginia has been a mix of anger and dejection following the senator’s shift toward solar and wind spending, which is to the direct detriment of the coal industry to which the state’s economy is indelibly linked.

According to The Hill, Cecil Roberts, head of the United Mine Workers of America and a Manchin supporter, has called the act “absolute bull.”

America’s State Coal Associations penned an open letter in which it indicated Manchin had damaged his standing with that organization.

“This legislation is so egregious, it leaves those of us that call Senator Manchin a friend, shocked and disheartened,” the letter reads. “Senator Manchin has seemingly fought against numerous climate measures advanced over the past year by the national democratic establishment insisting that America’s Coal assets be protected and allowed to continue to operate as carbon reduction strategies are developed and proven to be effective within reasonable cost and performance parameters.

“The current Schumer-Manchin draft agreement on climate and energy frankly leaves us questioning the motivation and sincerity of Manchin’s previous stance and his repeated chant: we must ‘Innovate not eliminate.’ The current Schumer-Manchin draft agreement will quickly diminish our coal producing operations and all but obviate any need to innovate coal assets.”

Every vote is expected to be necessary when Manchin seeks a third term in 2024. He already lives in a conservative state that continues to trend a darker red. Donald Trump captured 68% of the vote in both 2016 and 2020 after Mitt Romney carried 62% in 2012 and John McCain 55% in 2008.

It’s not yet clear who, but a viable Republican challenger is certain to emerge in the coming years, which means Manchin will likely face a tough road back to the Senate having won reelection in 2018 while carrying less than 50% of the vote.

Manchin seems to be banking that two coal- and West Virginia-centric items in the act – subsidies to build renewable energy projects on former coal fields and the permanent extension of the so-called black lung fund, a tax that provides health benefits to coal miners – will engender lasting favorable attitudes in his constituents.

Manchin has turned his back on the state of West Virginia and a majority of the citizens of this state. He sacrificed the state for his own selfish political interests. He indicates that he votes from his conscience and that is surely evident that the will of the people that he represents was never in consideration. In my opinion Manchin will pay dearly if he decides to run. He has turn in to a disgrace to the state he supposedly loves. He needs to retire immediately.