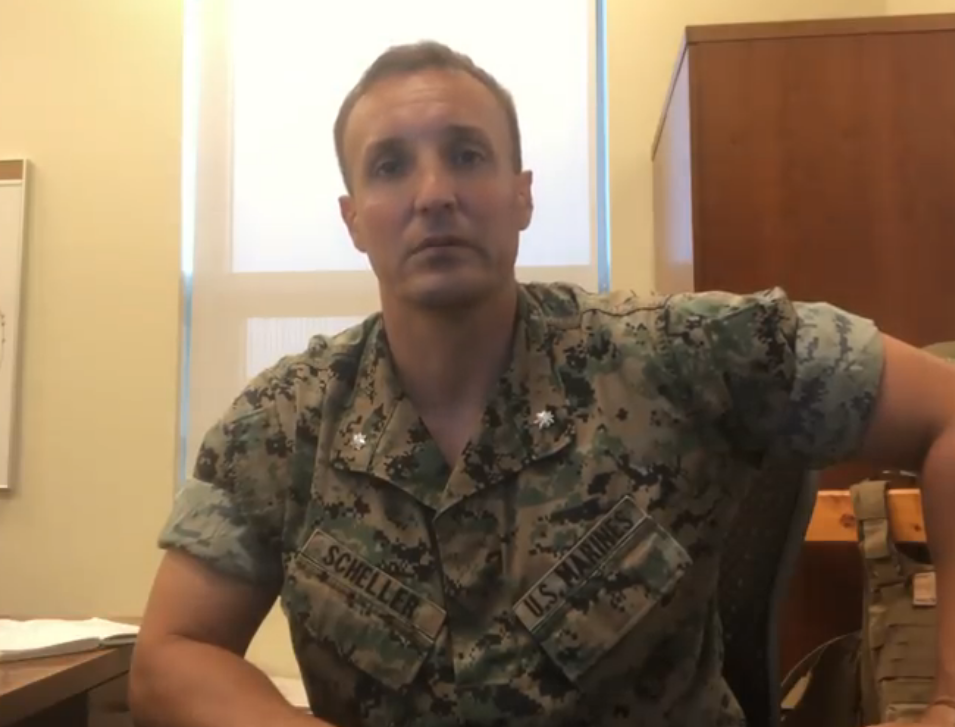 A marine who criticized senior military officials over the disastrous U.S. withdrawal from Afghanistan has been placed in pretrial confinement at Camp Lejeune, N.C.

According to a Training and Education Command spokesperson, Lt. Col. Stuart Schellar is being held pending an Article 32 hearing, the military’s version of a grand jury proceeding.

In an emailed statement to the Marine Times, Capt. Sam Stephenson said that, while Scheller has not been formally charged at this time, “the general nature of the offenses” to be addressed in the hearing are “contempt toward officials, willfully disobeying a superior commissioned officer, failure to obey lawful general orders and conduct unbecoming an officer and a gentleman.”

Scheller garnered national attention for posting a video on social media in which he blasted the Biden administration for the botched Afghanistan withdrawal. The video was posted as a direct response to the Aug. 26 suicide bombing near the Hamid Karzai International Airport that left 13 U.S. troops and between 72 and 170 Afghans dead. In the recording he expresses “growing discontent and contempt at the foreign policy level” and demands accountability for senior leaders. Shortly after posting the video Scheller was relieved of his command, at which time he resigned, ending 17 years of honorable service and forfeiting a $2 million pension.

Scheller appeared to be aware that his arrest was imminent in comments he posted to Facebook and LinkedIn Saturday, stating that he was “hereby ordered to refrain from posting any and all material, in any form without exception, to any social media,” referring to a gag order placed on him at the time of his resignation. Scheller also expressed, “I believe in love. I believe in America. I believe in strength. I believe in honesty. I believe I am ready to go to jail based on these beliefs.”

According to Stephenson, details of the proceedings, such as time, date, and location, have not yet been determined, though he said Scheller “will be afforded all due process.”

“This is wrong and it will not stand,” said Scheller’s attorney, Tony Buzbee, on Tucker Carlson Tonight. “When somebody tried to speak out and say, ‘Look, we could have done a lot better.’ We owed these marines and sailors and army personnel better than that.”

Scheller’s father, Stuart Scheller, Sr., said he believed it was “no coincidence” that his son was imprisoned the day before yesterday’s Senate hearing in an interview on The Ingraham Angle.” Our son called for accountability. Throughout the hearing today I don’t feel like they accepted accountability,” he said, referring to the testimony of top generals.

“People see this for what it is,” said Buzbee. “They see this from the top brass trying to shirk responsibility and when somebody in the chain of command speaks up, they’re silenced – we can do better than that.”

Travesty of justice on the part of the military. Shame on them.