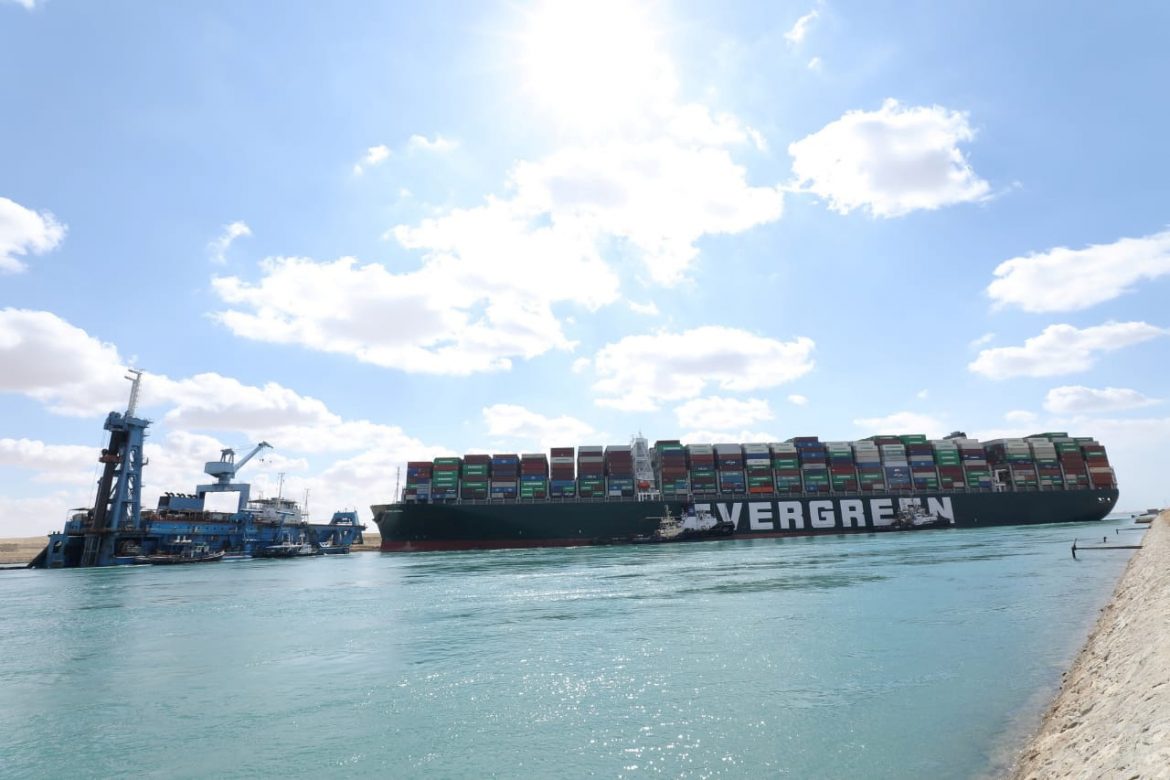 One of the world’s largest cargo ships remains lodged in the middle of the Suez Canal on Friday, which has in turn created a log jam at a crucial link for the world’s supply chain.

The Ever Given, a ship nearly as long as the Empire State building and large enough to hold 20,000 shipping containers, became stuck on Tuesday. This has created a log jam of hundreds of ships at the Egyptian canal that sees nearly $9 billion a day in goods pass through. It is estimated that $400 million dollars in trade is being suspended for each hour that the ship remains stuck.

Egyptian officials are working diligently to dislodge the ship which is stuck perpendicularly, touching each bank of the narrow waterway. There are contradicting timetables of when the ship will be freed, with one of the contractors working on the project saying it could take weeks, while the Egyptian president is saying they will be able to clear up the situation sometime within the next 48-72 hours.

New @Maxar WorldView-2 satellite imagery taken this morning gives a closeup look of the Ever Given, and the dredging operations underway to get the ship floating again in the Suez Canal:https://t.co/lIsmRAjzRO pic.twitter.com/7aPW3hCQDp

This situation will have ripple effects world-wide. The world’s supply chain has already been overwhelmed by the pandemic, and this will be another major factor disrupting the flow of goods. The Suez Canal is an integral connection between Europe and Asia, seeing a tenth of the world’s supply chain and 5-10 percent of oil travel through this passageway. Shipping companies are now in a quandary as to whether they should play the waiting game or reroute ships around the Horn of Africa adding 7-14 days to their route.

Ultimately, extra costs incurred by this backlog will be passed along to consumers as companies will have a shortage of supplies and will have to pay more for the shipment of goods.

Lars Jensen, chief executive of SeaIntelligence Consulting told Fox News that the blockage “will drastically reduce global container shipping capacity and lead to further delays for American importers to get their orders delivered.” He added, “This couldn’t have come at a worse time because all ships available have already been deployed.”