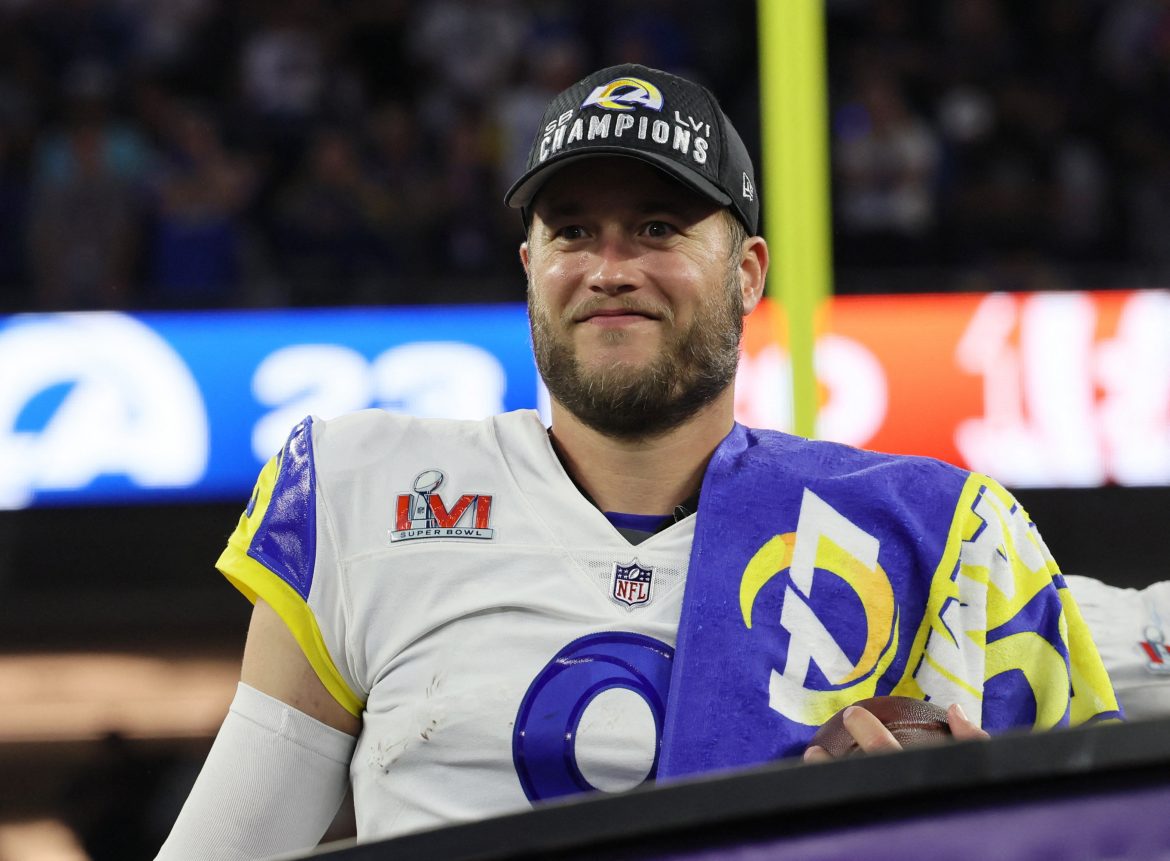 Los Angeles Rams quarterback Matthew Stafford found himself in the middle of controversy this week as the Rams celebrated their 23-20 victory over the Cincinnati Bengals in Super Bowl LVI.

At the Rams’ Super Bowl parade on Wednesday, Stafford was with his wife Kelly on the stage next to photographer Kelly Smiley. TV cameras captured footage of the photographer falling off the stage and showed Stafford noticing her fall but intentionally ignoring the situation.

Kelly Stafford, seen by many as the unsung hero of the ordeal, rushed across the stage to help, clearly distressed at Smiley’s plight as the camera cut away.

Kelly Smiley, a photographer on the stage at the LA Rams Super Bowl celebration, takes a step back and plummets to the ground fracturing her spine. Quarterback Matthew Stafford sees it happen, turns his back, and walks away. pic.twitter.com/9K7IrGCHLa

Fortunately, Smiley was not fatally injured, but she did fracture her spine and broke both of her cameras in the fall. The video went viral, and many were appalled at Matt Stafford’s apparent thoughtlessness to this woman in distress.

In what some believe to be a response to the public pressure, the Staffords announced on Thursday that they would be covering Smiley’s medical costs. The Staffords said in a statement in conjunction with the Los Angeles Rams,

We have been in communication with Kelly Smiley since yesterday’s incident and we are sorry for what happened. As we told Kelly, we will be covering all her hospital bills and replacing her cameras. We wish her a speedy recovery.