Mayorkas grilled by lawmakers on Capitol Hill over Title 42 repeal 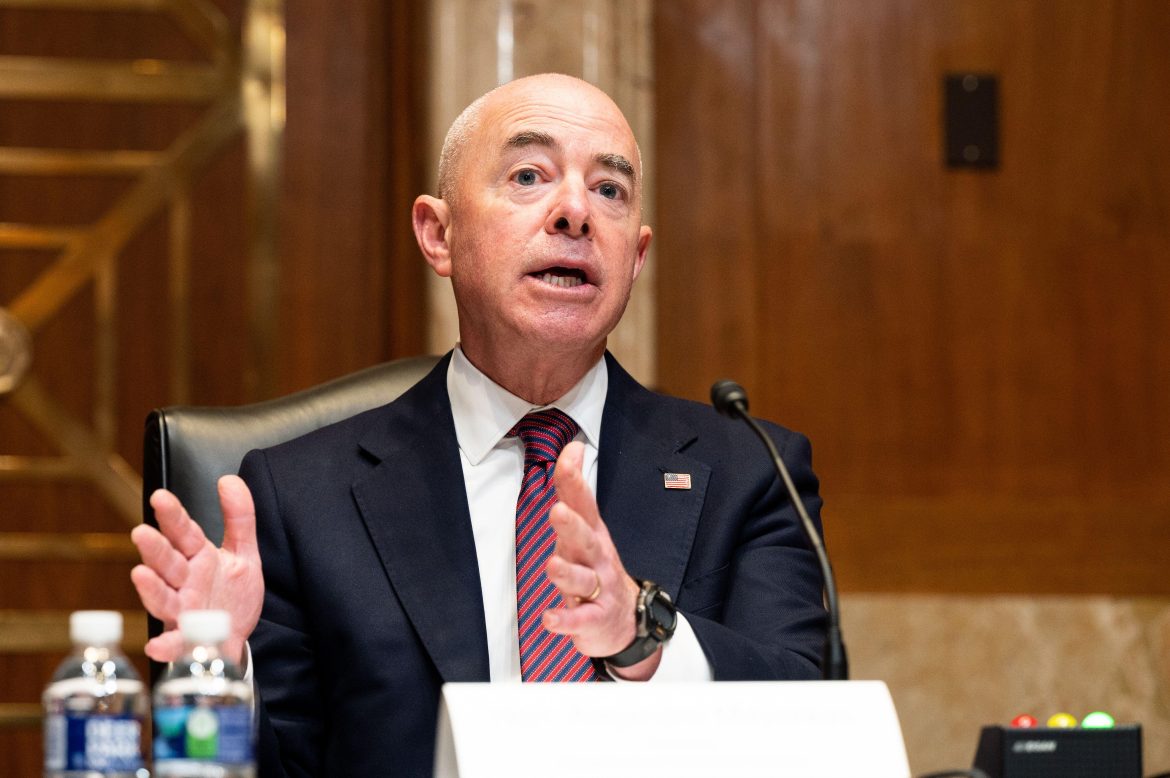 Tensions flared as Mayorkas defended his record on border security ahead of an expected migrant surge resulting from the May 23 repeal of Title 42, insisting that his agency is prepared.

His testimony before two separate House panels comes as another migrant surge looms in conjunction with ending the health directive used by both the Trump and Biden administrations to expel 1.7 million illegal immigrants, representing roughly half of migrant apprehensions since 2020.

Mayorkas acknowledged the expected surge while emphasizing the plight of migrants during his testimony.

“We expect migration levels to increase as smugglers seek to take advantage of and profit from vulnerable migrants,” he said.

The DHS secretary also said the agency “will continue to enforce our immigration laws” following the May 23 repeal, assuring the panel that migrants who cannot “establish a legal basis” for asylum in the U.S., will be “promptly removed from the country.”

The DHS said last month it anticipated three waves of potential spring migration, including daily border crossings could soar to 18,000 a day, which would represent yet another record-setting milestone in illegal immigration under the current administration.

“There is no question if we encounter 18,000 people in a single day that will seriously strain our capabilities. I just need to be clear in that regard,” Mayorkas said.

Fresh from a GOP caucus visit to the border, Republicans argued that lifting Title 42 will be detrimental to border security and serve to encourage more migration.

“If that tool goes away, it has the potential to profoundly impact border security operations,” Rep. Chuck Fleischmann (R-Tenn.) said of Title 42.

“We cannot manage our way out of this crisis with more processing capability or increase the ability of non-governmental organizations to address the near-term humanitarian needs,” he continued. “Many migrants our agents encounter are given a notice to appear and sent on their way into the interior of the United States to await a court date, often years into the future. It only encourages more people to come.”

Rep. Lucille Roybal-Allard (D-Calif.) acknowledged that Title 42 has helped mitigate the influx of migrants but said it does not mean it should remain in place.

“Even though this authority is legally premised on the mitigation of public health risks, there can be no denying that it has also helped [U.S. Customs and Border Protection] manage the border by reducing the number of people that require processing,” said the appropriations subcommittee chair. “But that is not a legally sufficient reason to continue it. And it would fly in the face of the legal due process rights of migrants,” she said.

In the DHS secretary’s subsequent appearance before the House Homeland Security Committee, Rep. Michael McCaul (R-Texas) grew emotional as he expressed his profound disappointment in Mayorkas’ handling of the border, noting that the two of them once worked well together during the Obama administration.

“I must say, sir, with all due respect, I am disappointed,” McCaul said, appearing to choke back tears.

Republicans demanded to know how the administration plans to deal with $2.5 billion appropriated for border wall construction that has not been spent.

“We are well aware of our responsibility to spend the funds that have been appropriated to the wall and we are undertaking an analysis of how most effectively to do so while honoring the president’s commitment,” Mayorkas said in response to a question from Rep. Kay Granger (R-Texas) on the subject. “We are dedicated to spending those funds in a way that enhances safety and security,” he added.

Things became particularly heated when Rep. Michael Guest (R-Miss.) called Mayorkas a liar for refusing to admit he is doing a horrible job in protecting the border, pointing to the untenable situation faced by overburdened border agents, some of whom Guest said personally told him they feel Mayorkas has abandoned them.

Committee Chair Bennie Thompson (D-Miss.) interjected after the comment, reminding members that “decorum was the order of the day.”

Rep. Eric Swalwell (D-Calif.) accused his Republican colleagues of engaging in political theater during the hearing.

“Border politics are pretty easy, right? You can pander to grievances, scare Americans, demonize men and women who left everything behind, carrying nothing going to a place they don’t know, make them the enemy, really fire Americans up. It’s really easy to demonize and weaponize that issue; it’s a lot harder to solve it,” he said.

Mayorkas will testify before the House Judiciary Committee today and is likely to face tough questions from ranking member Rep. Jim Jordan (R-Ohio,) who previously said he intends to grill him over the border crisis. It remains to be seen if the DHS secretary will be confronted with the death of Texas National Guardsman Bishop Evans who recently drowned in the Rio Grande while attempting to rescue two illegal immigrants crossing the border.

The Biden administration on Tuesday provided more details for its plan to respond to the anticipated migrant surge next month after receiving bipartisan criticism for failing to do so. The plan involves sending transportation and medical resources to the border and adding additional personnel to process asylum-seekers and deport those who fail to meet asylum requirements. During his testimony, Mayorkas pointed to deportations as an essential “pillar” of the plan, saying that the DHS would be “employing our authorities to effect those removals as swiftly as possible.”

Biden says children are ‘not somebody else’s’ in the classroom