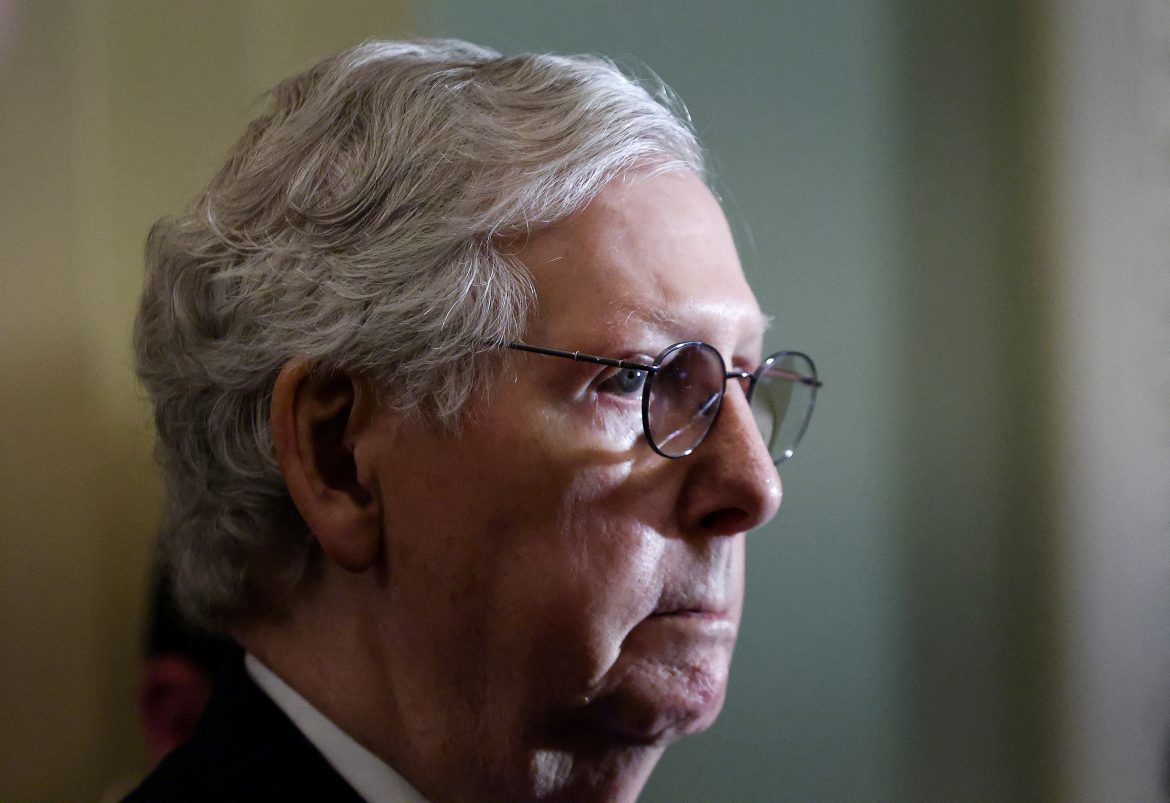 Senate Minority Leader Mitch McConnell (R-Ky.) announced from the floor of the Senate that he would vote against the confirmation of Judge Ketanji Brown Jackson’s appointment to the Supreme Court.

McConnell made good on his pledge to withhold judgment until after Jackson’s confirmation hearing, but he did not wait long, announcing his vote before the Senate adjourned Thursday.

“I went into the Senate’s process with an open mind,” McConnell said during his speech. “But after studying the nominee’s record and watching her performance this week, I cannot and will not support Judge Jackson for a lifetime appointment to our highest Court.”

McConnell’s vote is inconsequential in the confirmation process – Democrats can confirm Jackson without a single Republican vote, and any hopes Republicans might have harbored for a Democratic defection were stamped out Friday morning when moderate Sen. Joe Manchin (D-W.V.) announced his support of Jackson.

However, the minority leader’s announcement signals that the vote will likely come down to party lines, with only Republican moderates like Lisa Murkowski of Alaska or Susan Collins of Maine likely to even consider voting to confirm. It also marked a turning point in how McConnell has discussed Jackson.

McConnell has been, if not complimentary, at least kind in his criticism. He had previously veered away from talks of the judge’s sentencing of people convicted on child pornography charges. However, on Thursday, McConnell cited Jackson’s sentencing practices as evidence of her unwillingness to apply laws with which she disagrees.

“In several egregious instances, from child exploitation to fentanyl trafficking, the nominee used especially unusual and creative legal moves that stretched the bounds of the judicial role,” McConnell said in a different floor speech. “In the nominee’s own words, she simply has a — ‘policy disagreement’ — with parts of sentencing law. Evidently the Judge’s personal policy views change how she applies the law.”

During her questioning from Sen. Lindsey Graham (R-S.C.) on Wednesday, Jackson had sought to defend her sentencing of child pornography offenders which, while similar to trends of judges across the nation, were nonetheless well below federal sentencing guidelines.

“The point of the guidelines is to assist judges in determining what punishment to provide in cases and they are horrible cases but the idea is that between the range of punishment that Congress has prescribed,” Jackson said. “Judges are supposed to be providing proportional punishment based on what a person has done.”

Jackson then uttered a statement that will undoubtedly become the target of mockery, at least among conservatives, for years to come.

“On the internet, with one click you can receive, you can distribute tens of thousands,” Jackson said. “You can be doing this for 15 minutes and all of a sudden you are looking at 30, 40, 50 years in prison.”

Graham interjected at the time to say, “I hope you go to jail for 50 years if you’re on the internet trolling for images of children and sexual exploitation.”

Judge Jackson: "In comes the internet…with one click you can receive, you can distribute tens of thousands. You can be doing this for 15 minutes and all of a sudden, you are looking at 30, 40, 50 years in prison."

Critics have seized on the fact that many crimes, including violent acts like murder, often take less than 15 minutes to complete but would carry severe penalties.

The more popular item of ridicule, at present, is Jackson’s statement that, as she lacks any training as a biologist, she cannot define the word woman.

Republican senators and conservative commentators have come under fire for allegedly being too harsh on Jackson, and Fox News compiled a list of networks that have levied such accusations.

McConnell, though, had little sympathy for Jackson, who he said faced a far kinder atmosphere than Justices Brett Kavanaugh and Amy Coney Barrett, both Trump appointees, encountered during their confirmation hearings.

“[Nobody] could have less credibility to police the fine details of confirmation hearings than our Democratic colleagues on the Judiciary Committee,” McConnell said. “The last 48 hours were a dry and friendly legal seminar compared to the circus that Democrats inflicted on the country just a few years back.

“The American people know it is not asking too much to ask a federal judge legal questions about her record. I just wish the Senate had gotten more answers.”