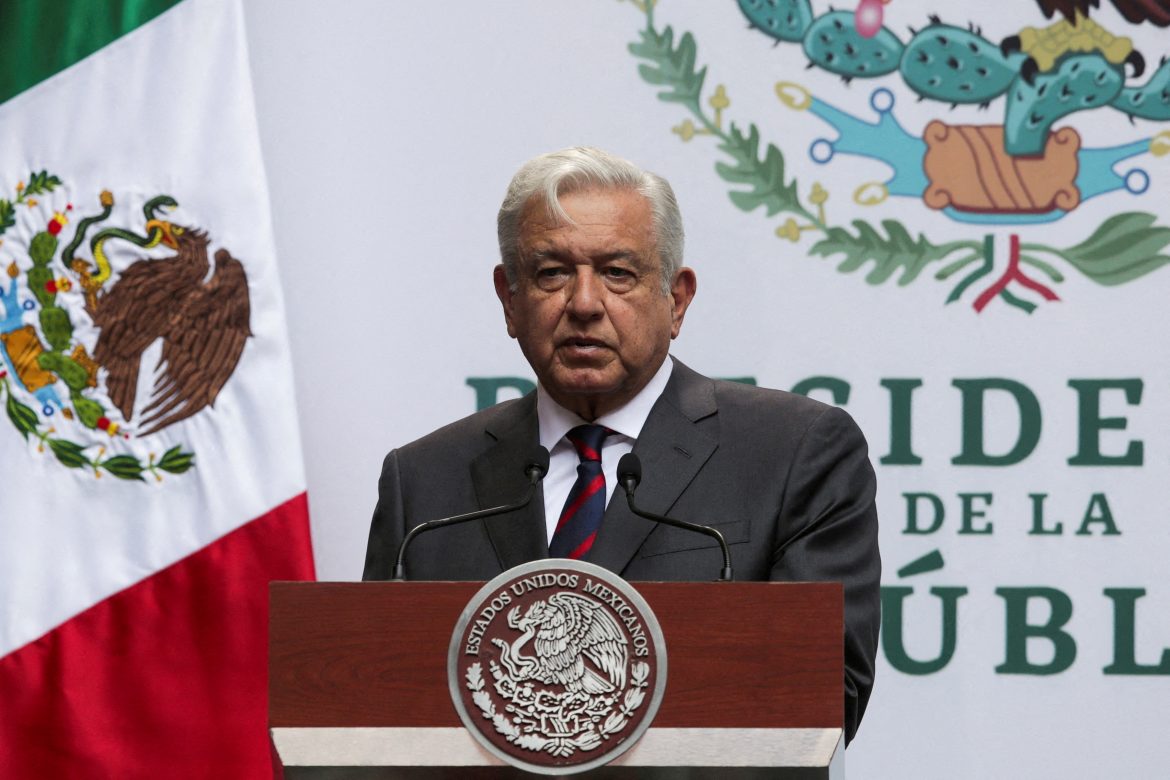 “Almost nothing has been invested so far,” Lopez Obrador told a regular news conference, making reference to prior U.S. commitments to invest in Central America.

Lopez Obrador suggested the U.S. government was taking longer to address the Central America issue than it did to approve funds to help Ukraine combat Russia after the invasion.

“We are asking them to hurry. [Washington] managed in a few days to send $30 billion for defense to Ukraine and four years have passed without the authorization of $4 billion for Central America,” he said.

The president said Central American leaders are asking for the funds, which are necessary to boost economic growth and keep citizens from migrating.

Asked about the government’s stance on Russia’s invasion of Ukraine, Lopez Obrador said his administration will not impose sanctions on Russia and called for dialogue.

Mexico is preparing to address the prospect of more migrants crossing the country once the United States lifts immigration restrictions put in place in response to the pandemic, Mexico‘s foreign minister said on Tuesday.

U.S. President Joe Biden’s administration said in April it planned to end the public health order known as Title 42, which allows the expulsion of migrants to prevent the spread of COVID-19, on May 23, although a federal judge recently blocked the plan from proceeding.

“There could be a problem of higher migration flows, so we’ll have to start to work on some ideas,” Foreign Minister Marcelo Ebrard told a news conference in Washington after meeting with top U.S. officials.

The Department of Homeland Security (DHS) said earlier that its chief, Alejandro Mayorkas, had discussed the U.S. government’s strategy for ending the policy, called Title 42, in a meeting with Ebrard.

However, when asked whether Biden’s plan to unwind the policy would be sufficient, Ebrard said he needed to review the full proposal. He underscored that Mexico would not loosen up on migration controls.

“We are not going to let … Mexico become a country where just anybody can pass through,” he said.

In recent years, hundreds of thousands of Central Americans have crossed through Mexico on their way to the U.S. border. More recently, migrants from other countries such as Cuba and Haiti have also traversed Mexico in an effort to enter the U.S.

As part of a regional effort to curb migration, U.S. officials agreed to a Mexican proposal to launch a job creation program in Central America, Ebrard said.

He also noted that U.S. officials set out a proposal for Mexico to become a large-scale clean energy producer, particularly from solar sources.

Mexican President Andres Manuel Lopez Obrador has pushed to prioritize the role of the state in the energy market, triggering concern from the United States that such moves could hamper investment and violate a new trade deal.

Speculations of an NFT market crash surface from WSJ report