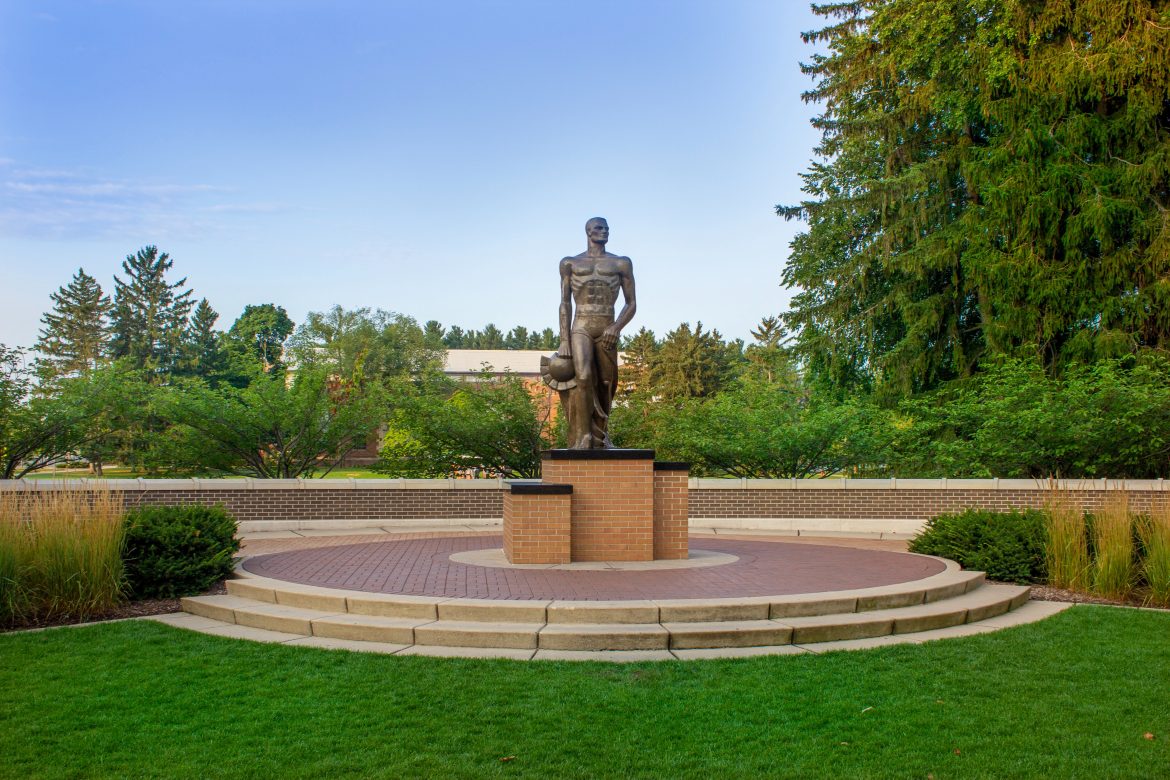 The old saying that some people can’t win for losing certainly applies to the Michigan State Spartans football team. Already mired in a thus-far-unsuccessful season, the team is now facing the public embarrassment of having to suspend numerous players who, at a minimum, engaged in one of multiple fights following a Saturday loss at in-state rival Michigan.

“We are transparently working with law enforcement and the Big Ten Conference to evaluate additional facts and evidence surrounding the events in Ann Arbor,” a joint statement from Michigan State Vice President and Director of Athletics Alan Haller and coach Mel Tucker reads.

The trouble began Saturday in the immediate aftermath of the rivalry game, when footage from within the single tunnel that leads to both locker rooms at the University of Michigan showed multiple MSU players striking an opposing player.

During the exchange, at least one Michigan State player used a helmet to strike Michigan defensive back Gemon Green while several other Spartans teamed up to attack defensive back Ja’Den McBurrows.

“We will continue to take appropriate action in this matter as we learn more,” the joint statement reads. “The student-athlete suspensions will remain in place until the investigations are completed.”

Michigan coach Jim Harbaugh has been adamant that he expects severe punishments for the Michigan State players, who Harbaugh believes to have committed an assault.

“There needs to be accountability,” Harbaugh said during his Monday press conference. “There needs to be a full, thorough, timely investigation. I can’t imagine this will not result in criminal charges. The videos are bad. It’s clear what transpired. It’s very open and shut. As they say, watch the tape.”

The Spartans have not dodged the issue and have promised to continue to issue sanctions if and as more information becomes available.

“We’re not here to make any excuses for the behaviors on Saturday,” Tucker said.

To date, no official announcement has been made regarding the filing of criminal charges. However, ESPN reporter Tom VanHaaren tweeted that he spoke with Green’s father, who said that they plan to press criminal charges and take legal action against his attackers.

This marks the second time this season that the Michigan football team has been involved in an altercation with an opposing team in the Michigan tunnel, although the earlier case was in no way comparable in terms of violence.

In mid-October, Michigan and Penn State engaged in a heated standoff when, it appeared, the Nittany Lions tried to block Michigan from entering its locker room.

Penn State coach James Franklin criticized Michigan for not having a better plan for getting each team into its locker room without risking such altercations. Harbaugh responded by accusing Franklin of having instigated the affair.