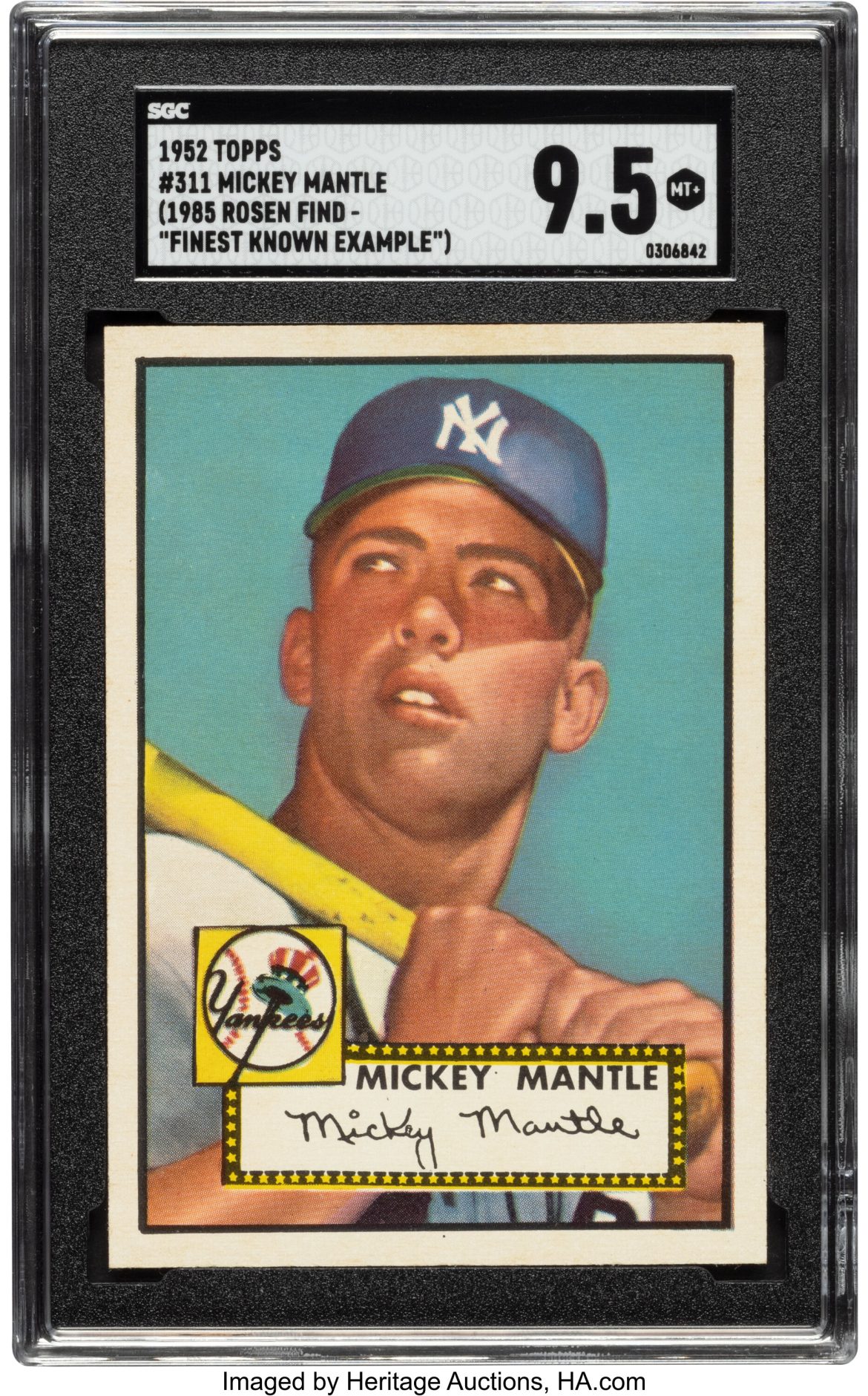 The new record for the most expensive baseball memorabilia transaction was broken on Sunday, when a signed 1952 Topps Mickey Mantle card was sold for a jaw-dropping $12.6 million at a Heritage Sports auction.

The Mickey Mantle card nearly doubled the Wagner card in value, showing the break-neck speed at which the memorabilia market is growing.

ESPN reports that the card is so high in value because of its grading from memorabilia judge SCG. The card received an impressive 9.5, meaning it is in near-perfect condition.

This card is arguably the finest-condition example of the most iconic post-war card in the world. That grade, plus the fact it has documented provenance from the most storied find in hobby history, puts this card in a category of its own.

Of course, readers would be remiss to ignore the ultimate reason why the card is of such great value – the legendary quality of the man to whom its signature belongs.

Mickey Mantle was one of the greatest center fielders in baseball history, a Hall-of-Fame switch-hitter on the powerful New York Yankees teams of the 1950s and 60s. The Eisenhower years were a heady time in New York City for baseball, as the Yankees, Giants, and Dodgers dominated the sport, each of them led by a preeminent center fielder. Duke Snyder patrolled Brooklyn’s center field at Ebbets Field and Willie Mays manned the position at the Polo Grounds for the Giants, but none of them enjoyed as much championship success as Mantle.

He had a lifetime batting average of .298, with 536 home runs and over 1,500 runs-batted-in, won three American League MVP awards, and led the Yankees to 12 World Series appearances, winning seven of them.

Mantle’s one major downside was his health. When he was healthy, he was perhaps the best player of his generation, but his career was hampered by injuries.

This included the 1961 season where he battled teammate Roger Maris to beat fellow Yankee legend Babe Ruth’s single-season home run record. Mantle, who protected Maris in the lineup as the cleanup hitter for the Bronx Bombers, remained neck-in-neck with his teammate until injuries at the end of the season left him with 54 home runs, seven behind Maris’ record-setting 61.