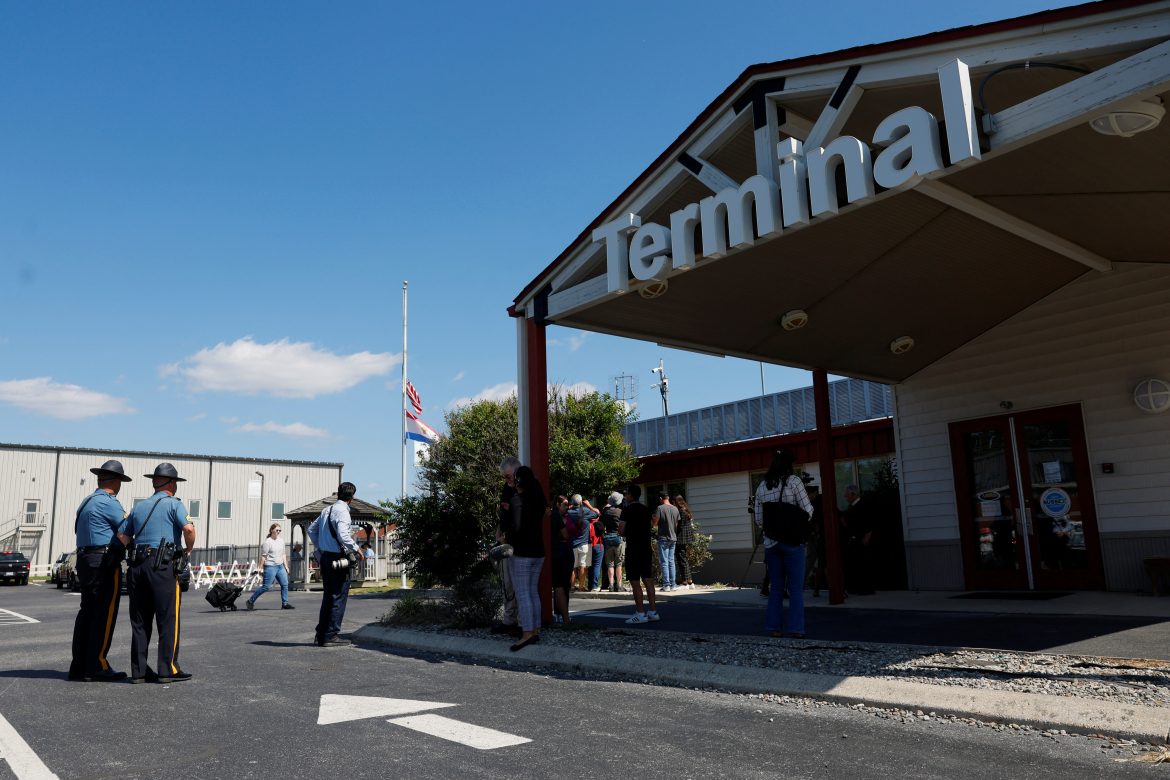 The White House said on Tuesday that it was aware of reports of a flight carrying migrants to an area near President Joe Biden’s vacation home in Rehoboth Beach, Delaware, and would work with state and local officials to help the migrants if they arrived, while condemning it as a “political stunt.”

Florida’s Republican Governor Ron DeSantis did not confirm reports of the flight on Tuesday nor did he indicate if he was behind the action. Last week, he took credit for a pair of planes that dropped off nearly 50 migrants, mostly from Venezuela, on the wealthy vacation island of Martha’s Vineyard, Massachusetts, with no warning.

Asked at the White House about his reaction to the possibility of DeSantis sending migrants near his Delaware beach house, Biden told reporters, “He should come visit. We have a beautiful shoreline.”

"He should come visit [Delaware], we have a beautiful shoreline." pic.twitter.com/BRChyXjYFc

The White House said it was coordinating closely with local officials and had received no heads up from DeSantis, with spokesperson Karine Jean-Pierre saying “his only goal is to create chaos.” She called the moves “political theater” and a “cruel, premeditated political stunt”

DeSantis, who is up for re-election in November and is seen as a possible presidential contender in 2024, joins Republican governors from Texas and Arizona in sending migrants to Democratic-controlled cities, in an effort to criticize the Biden administration’s handling of the U.S.-Mexico border where there have been a record 2.1 million recorded crossings in 2022, with weeks still to go in the fiscal year.

“I think it’s opening people’s eyes to the solution, which is let’s have a secure border,” DeSantis said in a press conference Tuesday.

Texas, which has sent more than 11,000 migrants to Washington D.C. and New York City since April, stepped up its campaign in recent days, dropping migrants off near the official residence of Vice President Kamala Harris in Washington.

A spokesperson for Delaware Governor John Carney said in a statement that the state was coordinating with federal officials and other groups and “are prepared to welcome these families in an orderly manner.”