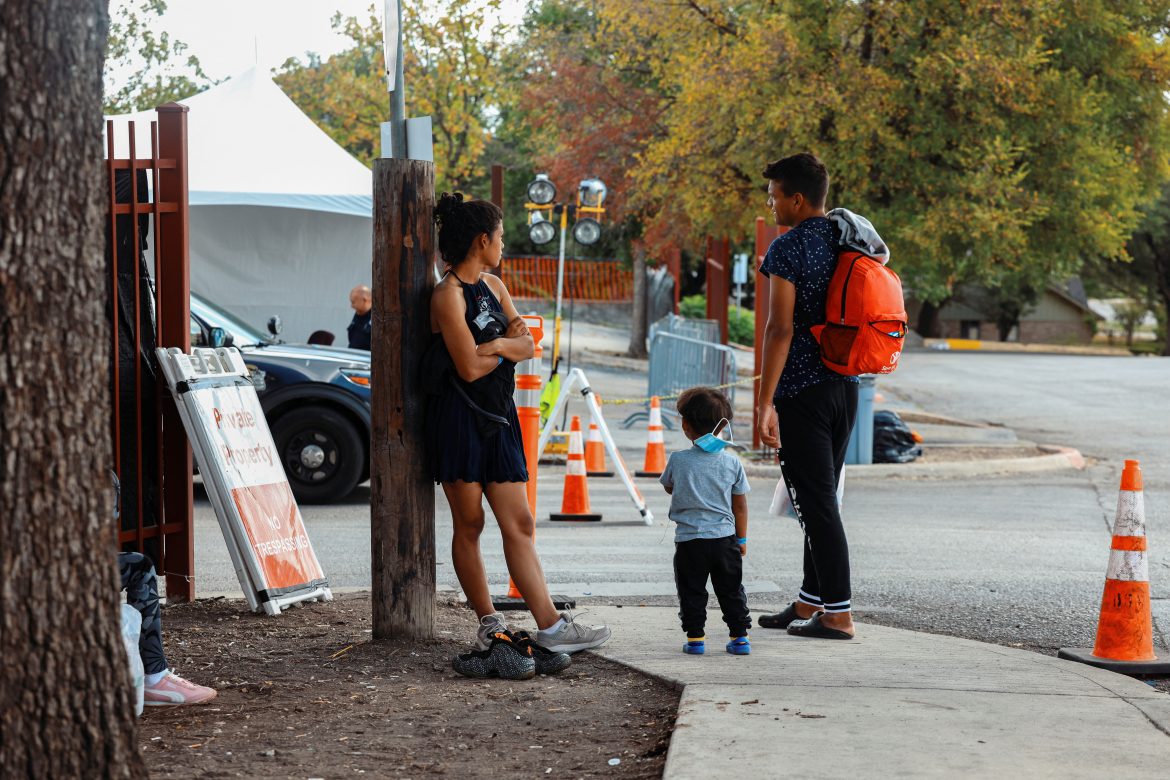 Civil Rights attorneys representing the group asked a Massachusetts federal judge to declare DeSantis’s actions illegal under the Constitution and state and federal law. The governor’s office, however, argues that the relocations were conducted on a ‘voluntary basis.’

The class-action lawsuit was filed by Alianza Americas, a network of pro-immigrant groups, on behalf of plaintiffs Yanet Doe, Pablo Doe, and Jesus Doe.

Boston-based Civil Rights lawyers representing the trio claim that the migrants boarded one of two flights chartered by DeSantis to relocate them from Texas to Massachusetts’ posh Cape Cod resort under false pretenses. The suit alleges that the Sept. 15 relocations violated the unauthorized migrants’ Fourth and Fourteenth Amendment rights, as well as the Civil Rights Act. The plaintiffs further accuse DeSantis of committing fraud, false imprisonment, and inflicting emotional distress on the illegal immigrants.

“For the Governor of Florida to cynically use recently arrived immigrants who have applied for asylum in the U.S. to advance a hate-driven agenda intended to create confusion and rejection throughout the country, is not only morally despicable but utterly contrary to the best traditions of humanitarian protection embraced by most Americans,” Oscar Chacòn, Alianza Americas’ executive director, said in a press release announcing the suit.

The complaint alleges that the migrants were “pursuing the proper channels for lawful immigration status in the United States” and that DeSantis’s actions represented “cruelty akin to what they fled in their home country.”

“Defendants manipulated them, stripped them of their dignity, deprived them of their liberty, bodily autonomy, due process, and equal protection under law, and impermissibly interfered with the Federal Government’s exclusive control over immigration in furtherance of an unlawful goal and a personal political agenda,” it continues.

The lawyers are also asking the judge to block any further efforts by the Florida governor to compel migrants “to travel across state lines by fraud and misrepresentation.”

“No human being should be used as a political pawn in the nation’s highly polarized debate over immigration,” said Ivan Espinoza-Madrigal, executive director of Lawyers for Civil Rights which represents the migrants.

The complaint also provides a detailed narrative of the plaintiffs’ version of events regarding how they came to board the flights.

The migrants say they were approached by two individuals at a migrant resource center who identified themselves as “Perla” and “Emmanual” and allegedly offered them fast-food restaurant gift cards and hotel accommodations, according to the suit. The complaint states that the pair proceeded to promise the migrants certain benefits if they agreed to board flights. The plaintiffs claim that they believed that the flights were destined for Washington D.C. or Boston but that they were told, mid-flight, that they would instead be taken to Martha’s Vineyard.

Taryn Feske, DeSantis’s communications director, referred to the suit as “political theater” in a statement and argued that relocations were done on a “voluntary basis.” The governor’s office also provided copies of consent forms listing Massachusetts as the final destination, which Feske said were willingly signed by the plaintiffs.

DeSantis officials also say that they provided each individual that boarded the plane with information on resources that Massachusetts provides.

Feske also slammed the decision to call in the National Guard to remove approximately 50 migrants.

“The immigrants were homeless, hungry, and abandoned – and these activists didn’t care about them then,” said Feske. “Florida’s program gave them a fresh start in a sanctuary state and these individuals opted to take advantage of chartered flights to Massachusetts. It was disappointing that Martha’s Vineyard called in the Massachusetts National Guard to bus them away from the island within 48 hours.”

The lawsuit comes after a Texas sheriff separately launched an investigation into the flights.

Bexar County Sheriff Javier Salazar, a Democrat, said it is too early in the investigation to name suspects or know what laws were broken but said that he has enlisted the help of an attorney representing some of the migrants to determine who should be charged and what those charges might be.

“We want to know what was promised to them. What, if anything, did they sign? Did they understand the document that was put in front of them if they signed something? Or was this strictly a predatory measure?” Salazar said, according to The Texas Tribune.

DeSantis became the latest GOP governor to relocate illegal migrants to cities led by Democrats who previously said they would welcome migrants. The relocations have sparked fury among Democrats who have accused the governors of using migrants as “political pawns.” The GOP leaders, however, say they are fed up with President Biden’s refusal to address the border crisis — one they say he has created.

Texas Gov. Gregg Abbott and Arizona Gov. Doug Ducey have both argued that the relocations provide much-needed relief to border communities in their states that are overwhelmed by an unprecedented flow of unauthorized migrants as a direct result of Biden’s lax border policies.

FISM recently reported that a record-shattering 2.1 million migrant encounters were recorded in 2022.