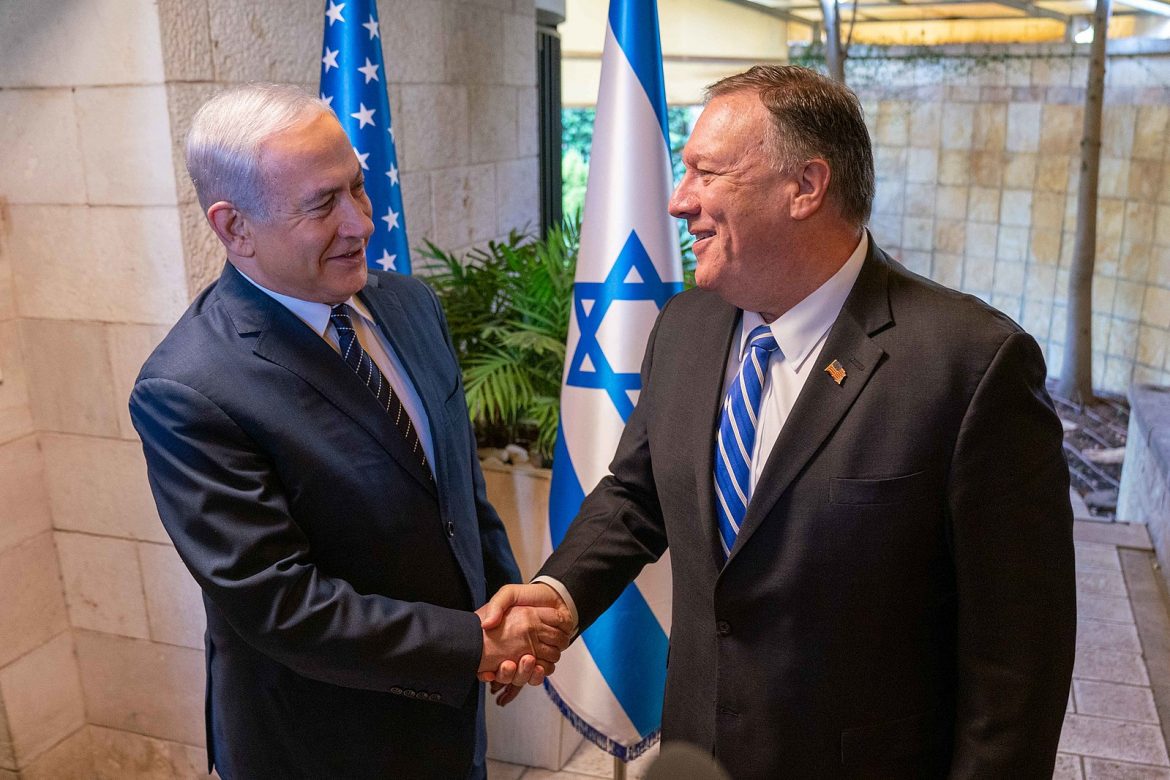 During NRB 2021, Pompeo sat down with New York Times bestselling author Joel C. Rosenberg to touch on the former Secretary of State’s career and foreign affairs policies. In every question, Pompeo undoubtedly gave the glory to God in every decision and action he ever made while in the position.

First and foremost, Pompeo noted that Iran is still America’s biggest enemy and is especially a great threat to Israel, which he still says is “our greatest ally.” He says that Biden is acting thoughtfully and diplomatically about foreign affairs, but this approach is also allowing Iran to develop their nuclear program without any decisive pushback.

Trump had withdrawn from multiple deals with Iran and imposed sanctions on them due to their increased breaches of nuclear deterrence agreements and involvement in terrorist activities. In addition to sanctions, the U.S. also eliminated a top Iranian official in early 2020 known as Qasem Soleimani. Since then, Iran has made multiple threats against the U.S. and Trump himself.

Pompeo ultimately summed up the foreign policy differences between Trump and Biden by saying that the Trump administration “addressed the world we saw, we were very realistic.” In Iran’s case, Pompeo said that Biden’s diplomatic approach will not work all the time because they are an “ideological regime.” No monetary agreement or physical object will satisfy their goals because “no accommodation will change their revolutionary zeal.”

Pompeo also touched on each president’s response to Israel. He said that he and Trump always supported Israel’s right to defend itself. Pompeo removed language in certain documents which called Israel an “occupying force” which, combined with the relocation of the American embassy to Jerusalem, cemented Israel’s sovereignty as a nation in U.S. eyes.

Although he says that Biden spoke well of Israel during the Hamas rocket barrages from Gaza, the 46th President sill allowed pro-Palestine messages from groups like BLM to shine through and create confusion about America’s stance on the matter.

The interview also turned to China, specifically with the horrific and genocidal treatement of the Uighur Muslim people in the Xinjiang region and the persecution of Christians. In addressing these injustices, Pompeo said he and Trump realized that they had to listen, observe, and “recognize the dignity in every human being.”

In fact, the fight for religious freedom worldwide was one of Pompeo’s biggest goals while in office. He mentioned that he held gatherings at the State Department on this subject and invited people from around the world to discuss furthering this goal everywhere possible.

The former Secretary of State also reminisced on his tenure as a whole, and in particular his professional relationship to President Trump. Pompeo interviewed for and became the CIA director during the Trump administration. He briefed Trump daily on foreign affairs, and said they had rational conversations about anything and everything that Trump wanted more information about. When he was asked to be the Secretary of State, this is where he recognized that God granted him this opportunity and that he would work his best to do it right.

God is so, so GOOD to open doors for His glory through former Secretary of State Mike Pompeo. Thank you for this outstanding atrticle.