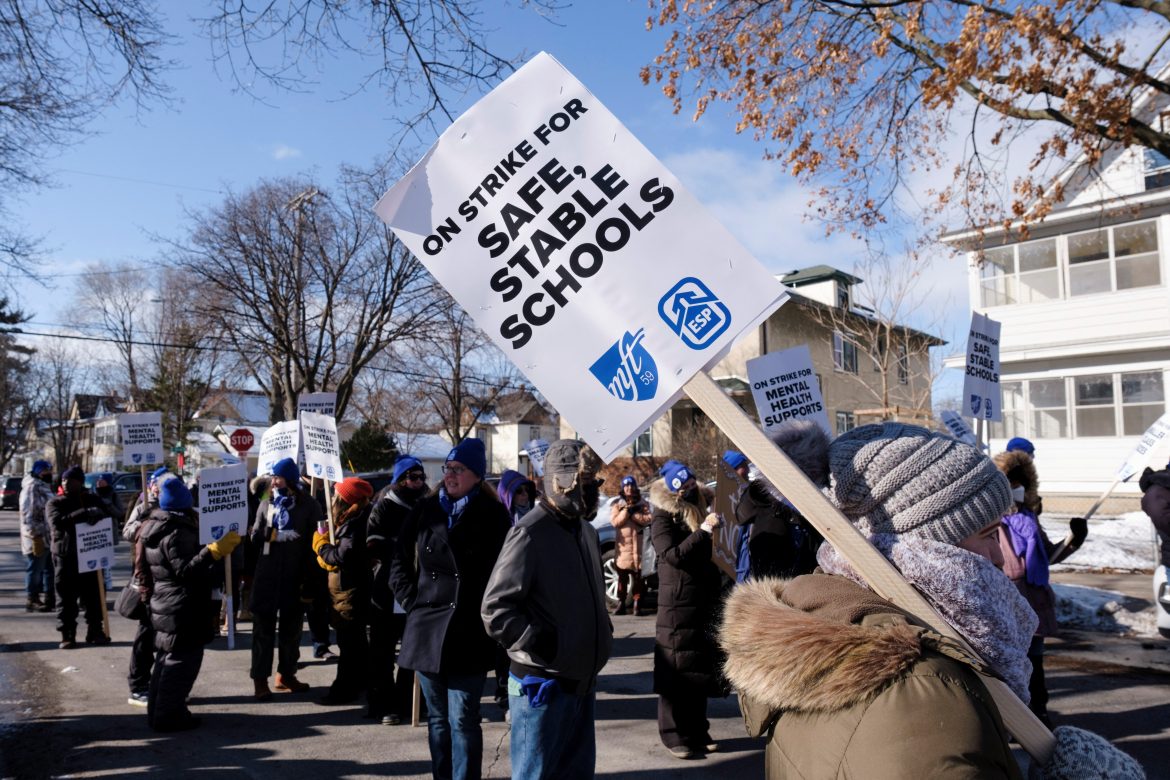 Minneapolis teachers approved a deal on Monday to end a strike over pay, class sizes and other issues that has kept some 30,000 students out of classes for more than two weeks. Seventy-five percent of union members voted in favor of the negotiated agreement.

Students are now set to return to school on Tuesday.

The city’s 4,500 teachers and support staff walked out on March 8 after failing to reach a new contract with the district, the first teachers’ strike in Minneapolis in more than five decades.

“The collective action of our members has shown that strikes work,” Shaun Laden, a chapter president at the Minneapolis Federation of Teachers and Educational Support Professionals, said at a news conference on Friday.

Caps on class size and a framework to provide mental health support for students also had been agreed upon.

The district said it will add 42 minutes to each school day and extend the end of the school year to June 24 to make up for instructional time lost to the strike.

Meanwhile, a teachers’ strike in Sacramento, California, was set to enter its second week, after talks failed to yield a contract last week.