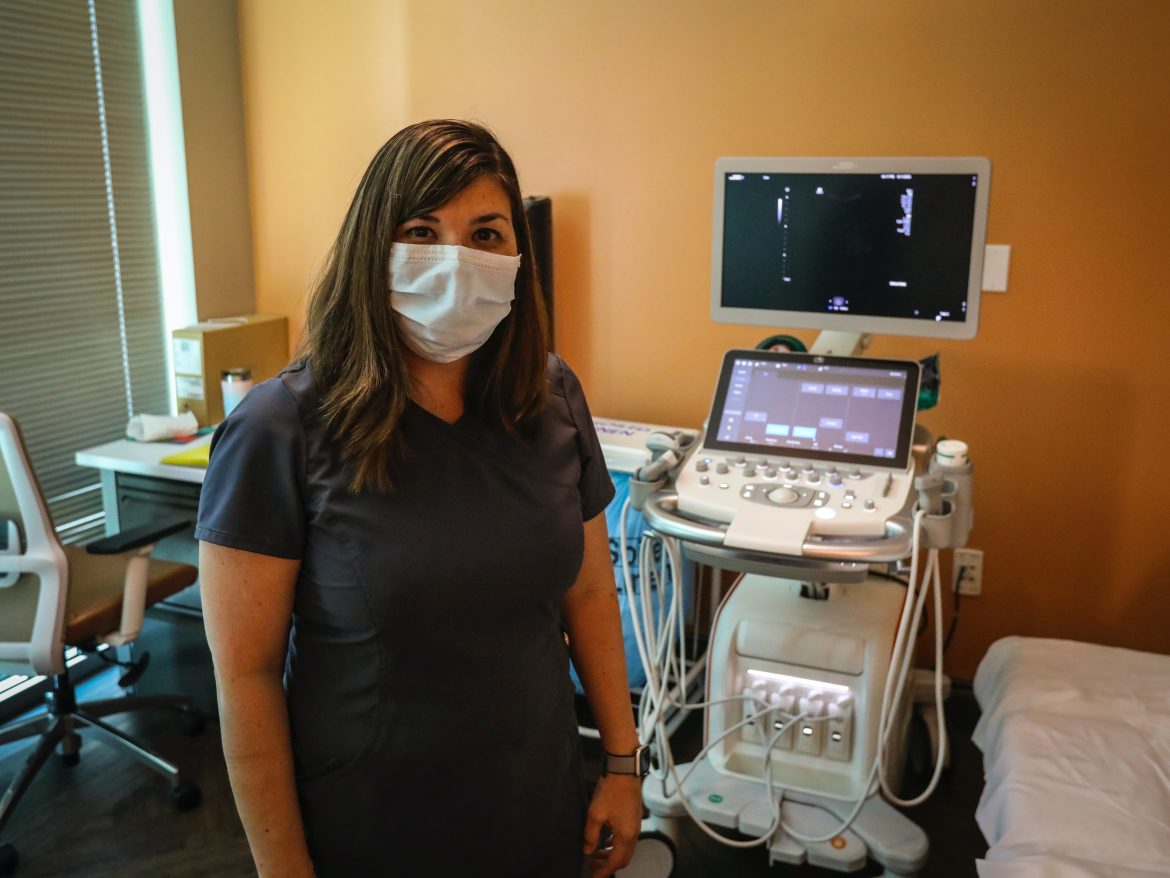 Engineers from MIT have created a new ultrasound device that can be worn for up to 48 hours, allowing doctors to continuously monitor and capture images of internal organs and tissues while the patient is mobile. The device has the potential to provide a breakthrough in imaging as it would allow doctors to monitor internal processes in different scenarios in real time.

The bioadhesive ultrasound (BAUS) device is made of a thin and “rigid piezoelectric probe array” that “is bonded to the skin with an acoustically transparent hydrogel elastomer.” The device is durable and lets the patient move around as they normally would, researchers reported.

The sticky patch is connected to an instrument that is able to translate the sound waves into images. The device has the potential to be used in settings where continuous monitoring is necessary, without the presence of a technician.

The team of engineers published their findings in Science and described how the stamp-sized patch was able to capture images of internal organs, including blood vessels, muscle, heart, gastrointestinal tract, diaphragm, and lungs of real patients performing various physical activities such as jogging or even drinking.

Ultrasound technology has been used for decades as a non-invasive imaging tool routinely used in monitoring fetal development and detecting tumors, blood clots, or other abnormalities in organs or tissues. Clinicians are able to capture these images by using an ultrasound wand or probe that directs sound waves into the body, which then reflect back out, producing a high-resolution image of what is inside.

Engineers tested different versions of the new probe at different frequencies to analyze its ability to capture high-resolution images at different depths of the body. They were able to get images of blood vessels and muscles as the study participants moved from a sitting to a standing position or even exercised.

Researchers were also able to capture images of the four chambers of the heart and recorded the stomach of one patient emptying after the participant drank juice.

The ultimate goal is that the patch will be used wirelessly.

“We believe we’ve opened a new era of wearable imaging: With a few patches on your body, you could see your internal organs,” the study’s senior author, Xuanhe Zhao, a professor of mechanical engineering and civil and environmental engineering at MIT, said.

“We envision a few patches adhered to different locations on the body, and the patches would communicate with your cell phone, where AI algorithms would analyze the images on demand,” he said.

The team of engineers plans to use software systems and algorithms to analyze images quickly and accurately. They hope that medical professionals will be able to use the device not only in hospitals, but in outpatient settings as well, which would let clinicians monitor patients in a variety of settings and for multiple disease processes.

The next step for researchers is to prove the device’s safety and efficacy in clinical trials in order to seek Food and Drug Administration approval.

Awesome! This looks like a new era in diagnostics.