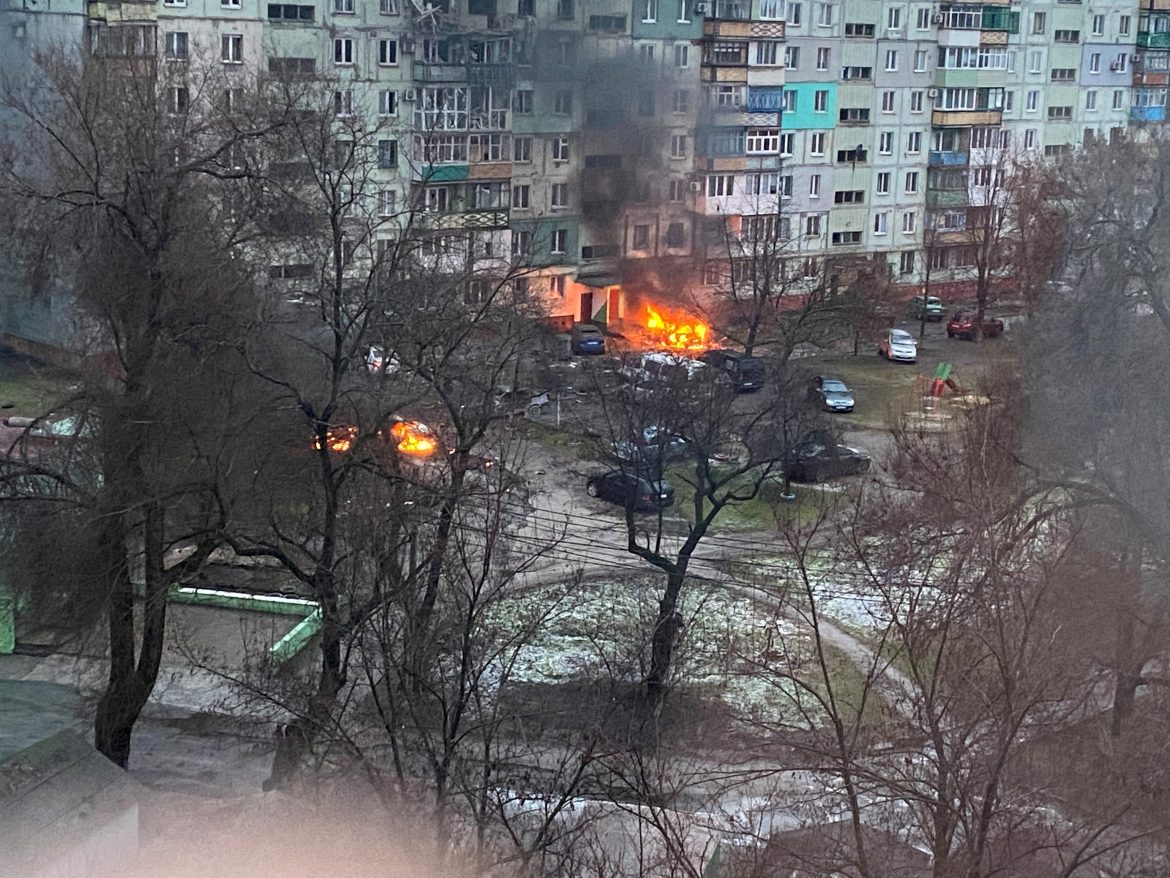 The Ukraine-Russian war is now in its tenth day of conflict, with concerns of civilian safety and Russian war crimes mounting.

The assault on the capitol city of Kyiv continued throughout the night, according to Fox News correspondent Benjamin Hall who is on location:

Gunfire, artillery thuds and air sirens across #Kyiv tonight – with the occasional flash lighting up the sky.. #Ukraine

Meanwhile, reports that Russia utilized cluster bombs on the second largest city of Kharkiv appear to be true. This constitutes a war crime because “it shows brazen and callous disregard for human lives,” according to Director Steve Goose of Human Rights Watch.

Amid growing concerns of safety, Russia announced a partial ceasefire early on Saturday to allow Ukrainian civilians to evacuate unharmed from the cities of Mariupol and Volnovakha, less than 20 civilians were able to make use of these humanitarian corridors. Russia and Ukraine have both blamed each other for unsafe circumstances that kept Ukrainians hiding in shelters.

Although the larger assault on Ukraine would continue, Russian news media RIA reported that citizens from Mariupol would be able to safely leave between 12 pm and 5 p.m. Moscow time. Similarly, troops were supposedly ordered to a ceasefire so civilians could also leave Volnovakha. It was supposed to be the first of several planned evacuation stages that would ultimately get 200,000 Ukrainians from Mariupol and 15,000 from Volnovakha to safety.

However, Mariupol’s city council claims that Russian troops, which encircle the city, did not honor their ceasefire. They asked citizens to return to shelters while awaiting an update on evacuation plans.

A Doctors Without Borders staff member within the city corroborated the claim to Reuters, describing that “the shelling was harder and closer.”

Russian troops also tightened their control around the city and carried out strikes on military infrastructures during the announced ceasefire, according to Ukraine Defense Ministry spokesman Igor Konashenkov.

“We are simply being destroyed,” Mariupol Mayor Vadym Boychenko said.

Russia reported that only 17 people left the larger southeastern port city and none from Mariupol. RIA said that Ukrainian “nationalists” were at fault for the failed evacuation plan.

Today, Russian President Vladimir Putin said that he wanted Ukraine to have a neutral status and be “demilitarized” and “denazified.”

The U.N. refugee crisis agency expects the number of Ukrainian refugees to reach 1.5 million by the end of this weekend. While most refugees have family and friend connections outside of Ukraine that have helped house and provide for the current 1.3 million individuals, this could change quickly with future waves according to UNHCR head Filippo Grandi.

Grandi told Reuters in a Saturday telephone interview, “This is the fastest moving refugee crisis we have seen in Europe since the end of World War II.”

These refugees continue to call for world leaders to do more to end the conflict. “Please close the sky,” said Solomiya Zdryko to Reuters. The 18-year-old fled from Lviv in western Ukraine. “I know that it’s not possible for us to join NATO, but at least close the sky because people are dying.”

NATO has resisted creating a no-fly zone over Ukraine because of how it might escalate the war beyond the Ukrainian borders. Yesterday, they once again rejected this option at a security meeting.

Putin says sanctions are “akin to act of war”

Russia’s invasion of Ukraine has drawn international condemnation and sanctions, which has caused the power of the rouble to lose roughly 1/3 of its power so far. The sanctions have mainly targeted Russia’s biggest banks. The central bank has had much of its $640 billion in reserves frozen while other banks have been barred from SWIFT, a global payments system.

Officials in western countries are discussing another round of sanctions that might target Russia’s energy sector. This includes a possible U.S. ban on Russian crude oil.

Putin said this morning from Moscow, “These sanctions that are being imposed are akin to a declaration of war but thank God it has not come to that.”

Kremlin spokesman Dmitry Peskov has also accused the West of “economic banditry.” Russia has threatened to retaliate but has not given specific details.

SpaceX CEO Elon Musk revealed that his company has been experiencing signal jamming of their Starlink internet satellites early this morning. The satellites have been positioned over Ukraine since Musk answered a Ukrainian government official’s call for help last weekend.

Will cause slight delays in Starship & Starlink V2.

Musk responded to a user’s question with more details, “Some Starlink terminals near conflict areas were being jammed for several hours at a time. Our latest software update bypasses the jamming.”

The CEO also claimed that some governments, but “not Ukraine,” asked for his company’s increased involvement in the war by blocking “Russian News sources.” Musk harshly rejected this request, claiming he would not block news “unless at gunpoint.”

He added, “Sorry to be a free speech absolutist.”