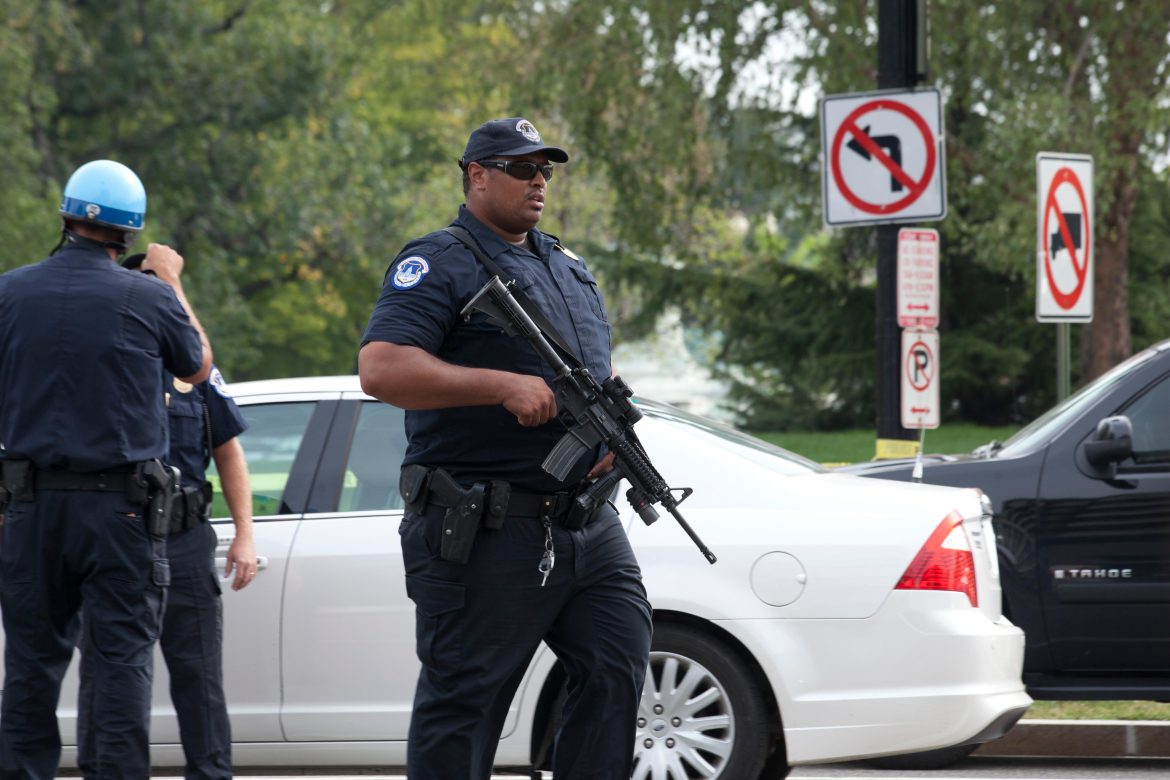 This upcoming school year, parents in one North Carolina County won’t know if their child is going to be shot and killed in the next school shooting, but they will know that there’s an AR-15 at their child’s school.

Each of the six schools in Madison County, North Carolina will have an AR-15 secured in a safe along with other items, including ammo and a breaching tool that would help break through barricaded doors, according to a recent report in the Asheville-Citizen Times.

The county’s school resource officers have been training with instructors during the summer on the proper use of the semi-automatic rifles.

“The reason we put the breaching tools in the safes is that in the event we have someone barricaded in a door, we won’t have to wait on the fire department to get there,” Madison County Sheriff Buddy Hardwood said. “We’ll have those tools to be able to breach that door if needed. I do not want to have to run back out to the car to grab an AR, because that’s time lost. Hopefully, we’ll never need it, but I want my guys to be as prepared as prepared can be.”

This comes in the wake of the school shooting in Uvalde, Texas that left 19 children and two teachers dead after a shooter walked into the school with an AR-15 and shot them. The way police responded to that shooting, and the excessively long time between their arrival and their entrance into the room where the shooter held students and a teacher at gunpoint has been under scrutiny.

“Those officers were in that building for so long, and that suspect was able to infiltrate that building and injure and kill so many kids. I just want to make sure my deputies are prepared in the event that happens,” Sheriff Hardwood said. He added that members of his office have been working hand-in-hand with school officials in two training sessions held this summer.

The sheriff announced the new school safety measures in a video shared on Facebook. He said he understood that some may be worried about seeing school officials handling AR-15s. He said that it’s a necessary measure due to the increase in school shootings across the country.

“I hate that we’ve come to a place in our nation where I’ve got to put a safe in our schools, and lock that safe up for my deputies to be able to acquire an AR-15. I want the parents of Madison County to know we’re going to take every measure necessary to ensure our kids are safe in this school system,” Sheriff Hardwood said.