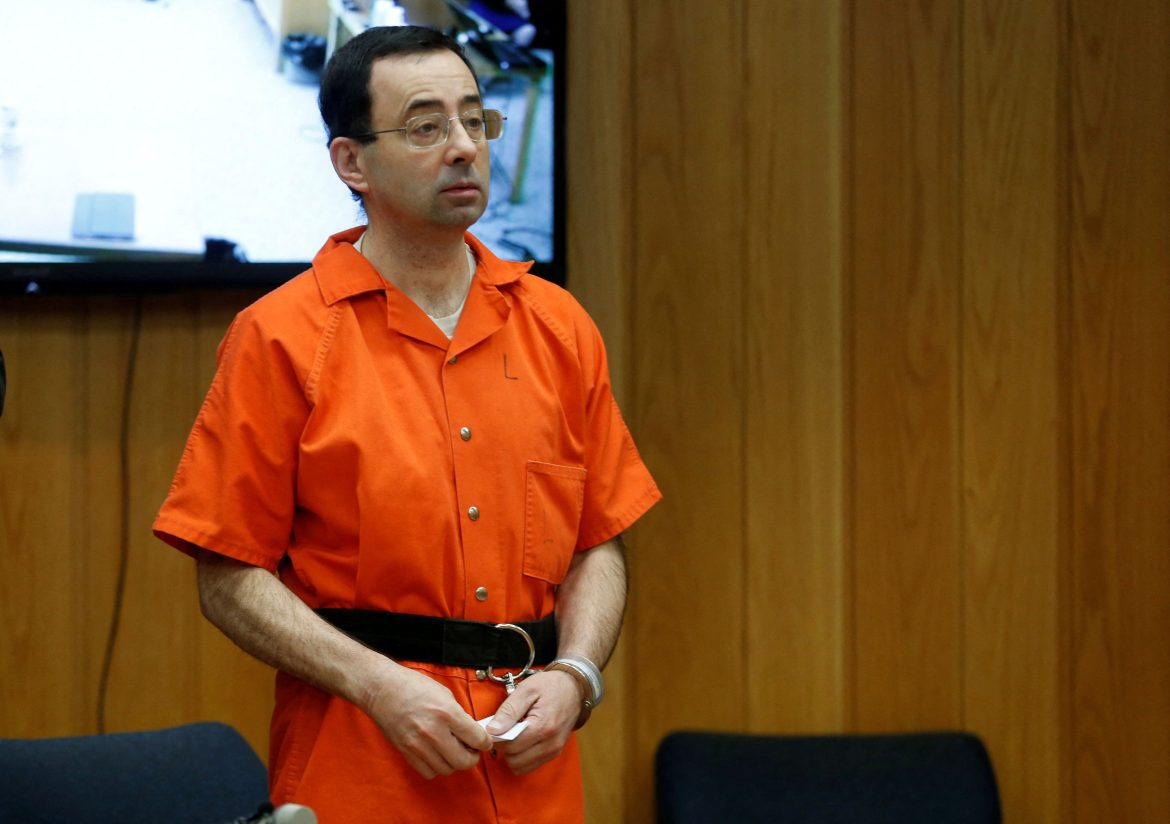 Thirteen unnamed sexual abuse survivors of Larry Nassar are seeking $130 million from the FBI over allegations that it botched the investigation into the former USA Gymnastics doctor, their lawyers said on Thursday.

The individuals say they suffered further abuse as a result of the FBI‘s failure to properly investigate Nassar after being made aware of some of the accusations against him. Each is submitting an administrative tort claim.

“This is the largest failure on the part of law enforcement in the history of the world as it pertains to the protection of children, and there must be institutional accountability to make sure this doesn’t happen again,” attorney Jamie White said in a statement.

The FBI responded to a request for comment by referring Reuters to remarks made by Director Christopher Wray before the U.S. Senate Judiciary Committee in September.

The U.S. Justice Department’s internal watchdog said in July that the FBI dragged its feet in probing sexual abuse allegations against Nassar, who was sentenced in 2018 to up to 175 years in prison for abusing young female gymnasts in his care.

It also accused two FBI officials of lying to cover up “numerous and fundamental errors” that allowed Nassar’s abuse to continue.

McKayla Maroney, a member of the Olympic gold medal-winning London 2012 team, told the Senate Judiciary Committee in September that she spent three hours on the phone with the FBI in 2015 detailing her story, but that the law enforcement agency failed to document it for a year and a half and misrepresented her remarks.

Attorneys for the 13 individuals said the tort claims could be a precursor to a civil lawsuit and that the FBI has six months to respond.

“No one should have been assaulted after the summer of 2015, because the FBI should have done its job,” Grace French, a Nassar survivor and founder of advocacy group The Army of Survivors, said in a statement.

“To know that the FBI could have helped to avoid this trauma disgusts me,” she said.