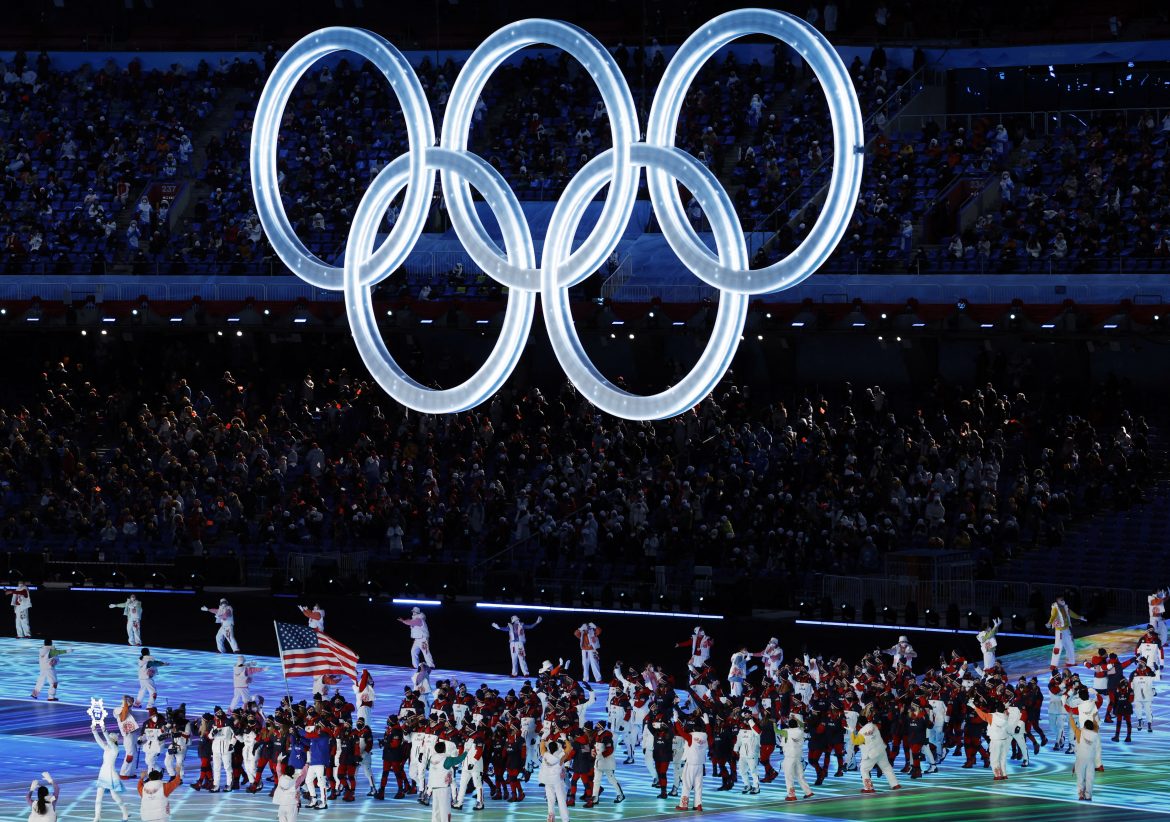 NBC featured China experts who spoke in stark terms about the status of Uyghurs and other Muslim minority groups in China’s northwest region of Xinjiang, among other controversies facing the host country.

“Western governments, the White House, human rights group allege that the Chinese government is engaged in a systematic repression of Muslim Uyghurs in Xinjiang,” said Andy Browne, editorial director of the Bloomberg New Economy Forum and one of two China experts hired by NBC for its broadcast.

“They allege that this is a massive program of social engineering aimed at suppressing Muslim Uyghur culture, language, tradition, identity. They allege a host of human rights abuses, forced labor, coercive birth control practices, indoctrination, and that this all adds up to a form of cultural genocide.”

The United States has deemed China’s treatment of the Uyghurs to be genocide. China denies allegations of genocide or other human rights abuses, and says its camps in Xinjiang provide vocational training and are needed to fight extremism.

In 2014 NBCUniversal paid $7.65 billion to extend its exclusive U.S. broadcasting rights for the Olympics through 2032. NBC’s contract for the Beijing Games is by far the world’s largest.

Rights and press freedom groups have also voiced concerns about the ability of NBC and journalists in general to freely report during the Olympics, citing Beijing’s clampdowns.

The narrator of a pre-recorded NBC video segment Thursday detailed “other concerns that have also contributed to this latest flashpoint between the U.S. and China,” including the escalation of crackdowns on pro-democracy sentiment in Hong Kong.

In a presentation to reporters last month, NBC said its broadcast coverage of the Games would include the “geopolitical context” of China as the host nation.

The Beijing Winter Games opened on Friday night in a snow- and ice themed ceremony at the Bird’s Nest stadium that concluded with the cauldron lit by two young Chinese Olympians, one of them a member of China’s Uyghur minority.

During a performance that went longer than scheduled on a frigid night in the Chinese capital, President Xi Jinping declared the opening of an Olympics whose preparations were beset by the pandemic and criticism over human rights in China.

Dinigeer Yilamujiang, a 20-year-old cross-country skier born in Altay in the western Xinjiang region, lit the cauldron along with Zhao Jiawen, 21, who competes in Nordic combined, finishing a torch relay whose final runners were Chinese Olympians from recent decades.

The identity of the final cauldron lighter is traditionally kept secret until the last moment, and Dinigeer’s inclusion was noteworthy since China’s treatment of its Uyghur Muslim minority – which Washington deems genocide – was the trigger for a diplomatic boycott by several Western countries including the United States.

China rejects allegations of human rights abuses and sought to convey a spirit of inclusion during Friday night’s ceremony, in which the Chinese flag was passed among 56 people representing its different ethnic groups before it was raised for the national anthem.