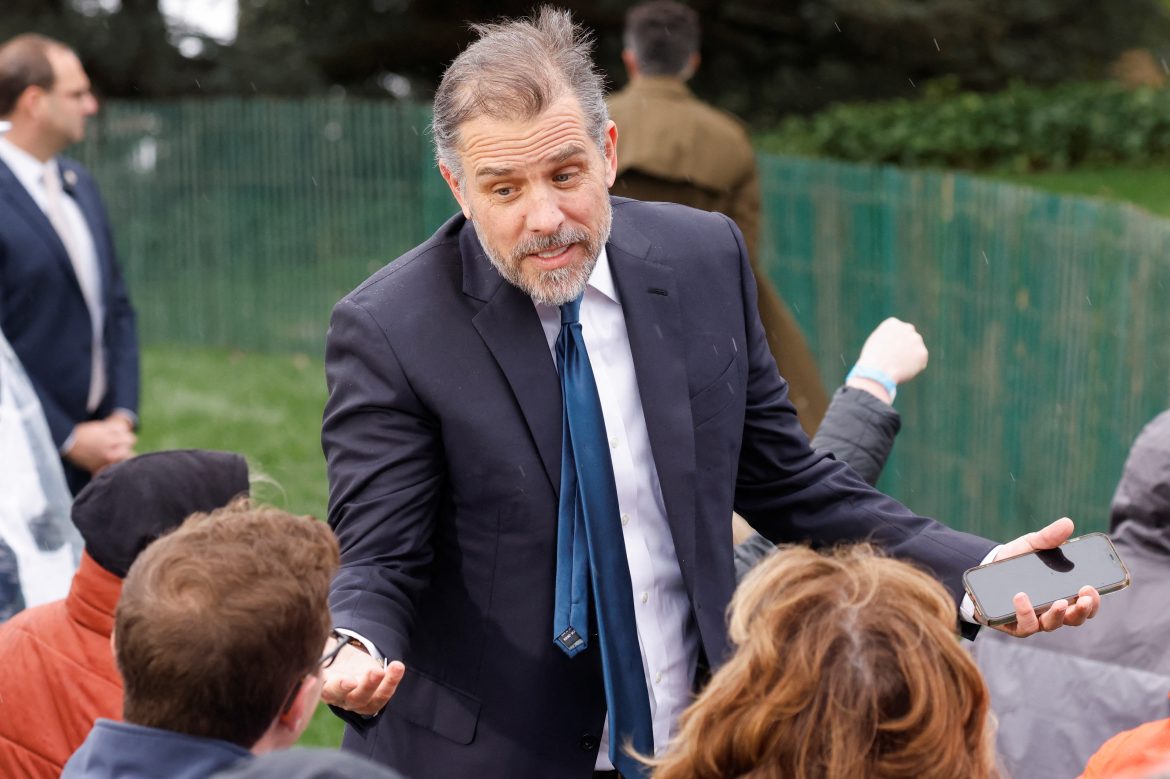 A recent analysis of Hunter Biden’s laptop drive, which was infamously left unclaimed in a computer repair shop during 2020, shows that President Joe Biden’s son had massive dealings with China. The probe revealed that the younger Biden received $5.8 million in payments from business associates, including one whom he called the “chief spy,” stoking fears of foreign influence in the White House and compromised national security.

This new information further shows how the mainstream media is attempting to climb out of the hole they dug during the initial reporting of the laptop controversy, after repeatedly denying its existence and lambasting those who did not fall in line as conspiracy theorists. It also suggests that the president lied on national television to Americans.

NBC News acquired a copy of the laptop hard drive contents from “a representative of Rudy Giuliani” to examine, leading to their report on the transactions. Their report comes after Republican-led Senate committees released information regarding their investigations into Hunter’s business affairs.

NBC News reported that data from their hard drive investigation shows Hunter Biden “brought in about $11 million via his roles as an attorney and a board member with a Ukrainian firm accused of bribery and his work with a Chinese businessman now accused of fraud” while his father was serving as vice president. Of that amount Hunter Biden and his company earned roughly $5.8 million from two deals connected to Chinese businessmen, over half of his total earnings from 2013 to 2018.

The more lucrative deal netted Hunter $4,790,375 from energy company Hudson West III, according to a Senate filing. Hudson West is partially funded by a Chinese-owned oil and natural gas company called CEFC. This company is headed by Ye Jianming, who has since disappeared from the public eye and is suspected to be held in detention within his own country for “economic crimes.” CEFC provided payments to Owasco P.C., which government filings show is controlled by Hunter Biden.

According to May 2018 audio messages retrieved from the laptop, Hunter Biden referred to Ho as “literally the f*****g spy chief of China.” The same recording also reveals that Joe Biden had called to inquire about the younger Biden’s business affairs.

However, during the Oct 22, 2020, presidential debate against Donald Trump, the elder Biden said, “My son has not made money in terms of this thing about, what are you talking about, China.” He also previously defended Hunter’s business dealings during the Sept. 29, 2020, debate.

Both occasions mark a point where the current president lied to the American people, which was notably left out of NBC’s report.

In April, FISM reported on how the mainstream media is being accused of a “limited hangout” style of reporting to strategically break important details about Hunter Biden’s laptop. By slowly releasing information instead of sharing all the details at once, this method allows the media to give an appearance of truthfulness without revealing the full depths of how badly they misled the public.

When the New York Post originally shared about Hunter’s hard drive, including how they obtained it and the data it contained, the controversy was dismissed as false by President Biden and others. The majority of the media at the time assisted in this endeavor by staying silent on the controversy or framing it as a Republican-based rumor. Social media giants Facebook and Twitter even took steps to suppress the reach of the story, actively preventing Americans from learning the truth.

Because of the actions of news sites like New York Times and NBC in 2020, Americans missed crucial information before voting in a heated election. This actively prevented public opinion from pivoting in Trump’s favor by denying the authenticity of the recovered data, which many believe helped Biden secure the win.

Now the Senate reports have made it impossible for the media to stick to their original reporting style. The media continues to frame the story in certain lights to conceal the part they played in deflecting from the truth. For example, the first NBC written report that confirms the truth of Hunter’s hard drive was not posted until March 31, 2022. Even then, the content of that story focused on negatively portraying President Donald Trump.

Even NBC’s latest laptop report obscures important details through the sheer length. But even if it was a more manageable article to read, the true story is missed: a U.S. presidential candidate knowingly lied about son’s business deals connected to China, and the majority of media companies buried the report during an election cycle.