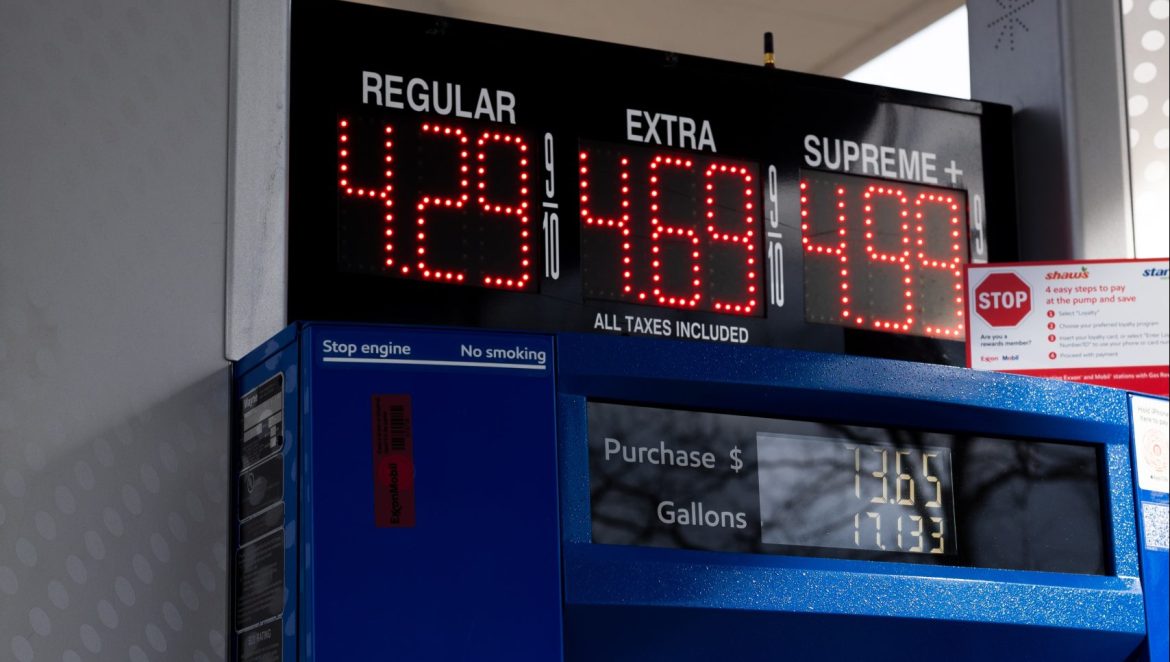 Average gas prices in the U.S. rose yesterday for the first time in 98 days. The national gas average currently sits at $3.68, AAA.com data shows, up from $3.19 a year ago and $2.39 on former President Donald Trump’s last day in office.

The data shows people in most Western states are still paying well above $4 per gallon, including a national-high average of $5.519 in California, while states in the southeast remain just above $3 per gallon.

“All streaks have to end at some point, and the national average for a gallon of gas has fallen $1.34 since its peak in mid-June,” AAA spokesman Andrew Gross said on Monday in a blog post.

Gross cited the war in Ukraine, the COVID-19 pandemic, economic recession, and the hurricane season as “big factors tugging on global oil prices.” As inflation continues to rise, and Democrats continue their anti-oil policies, gas prices are likely to rise again.

“All this uncertainty could push oil prices higher, likely resulting in slightly higher pump prices,” he continued, adding that there could be “some upward pricing pressure if global oil prices spike” in the wake of Russian President Vladimir Putin’s announcement this week of the first draft since World War 2.

“This winter, the European Union will cease, for the most part, buying Russian oil. And, in addition, they will ban the provision of services that enable Russia to ship oil by tanker. And it is possible that that could cause a spike in oil prices,” Yellen said. She added that U.S. and European Union price caps on Russian energy could help lower global oil prices.

The Biden administration has repeatedly blamed Russia’s war on Ukraine for soaring fuel costs. While the conflict is undoubtedly a contributing factor, the effects could be largely mitigated by stepping up domestic crude production through the release of oil and gas permits mired in bureaucratic red tape, Republican lawmakers say. Permitting reforms promised to Sen. Joe Manchin (D-W.Va.) in exchange for signing on to the Inflation Reduction Act are currently holding up negotiations in both chambers of Congress to forestall a government shutdown ahead of an Oct. 1 deadline.

This article was partially informed by an NBC News report.