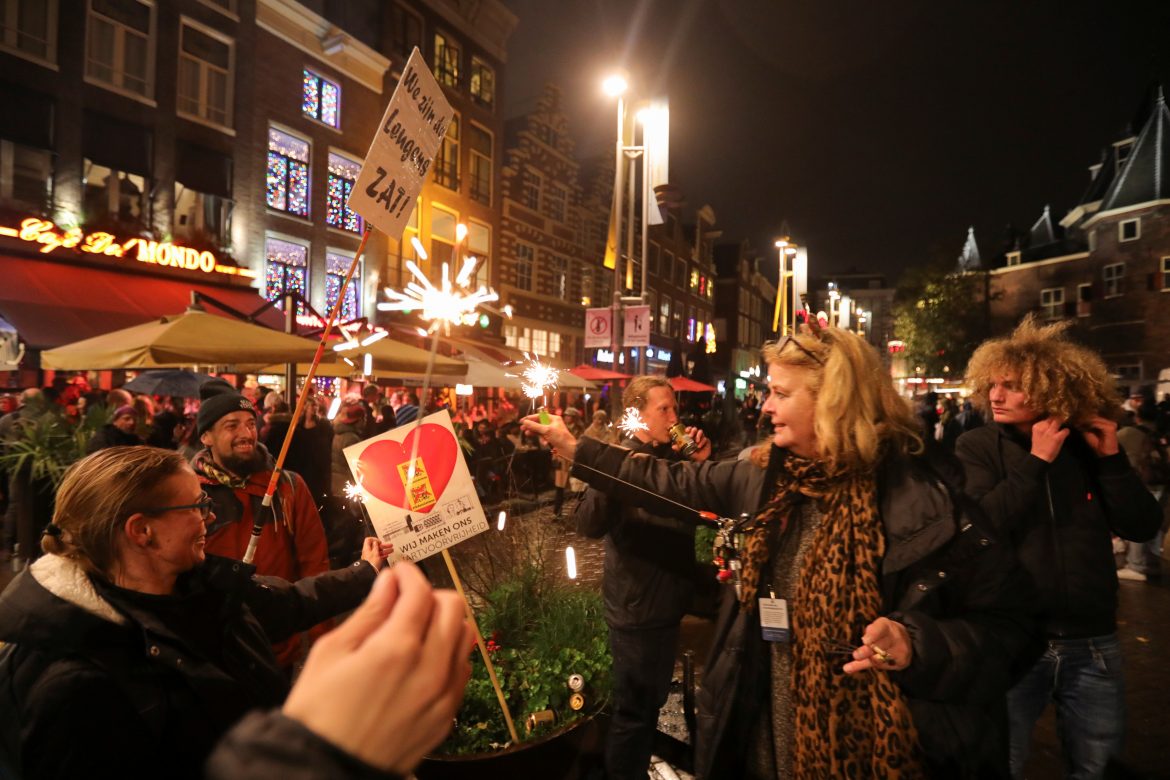 Recent COVID restrictions in the Netherlands prompted the younger population to lash out against government control. Armed with fireworks, rocks, and the ability to set cars ablaze, the rioters represented only a small percentage but the most violent of Europeans who demonstrated their anger with lockdown restrictions this weekend.

The Netherland protests began Friday night in Rotterdam. On the previous Saturday, Netherland announced new restrictions to help counter the highest level of daily COVID-19 infections the country has experienced so far during the pandemic. These measures, meant to last three weeks, required an earlier closing time for restaurants and closing sporting events to the public.

They also limited corona passes only to the vaccinated or COVID-19 recovered members of its 17.5 million population. Previously, a negative test result would suffice for this pass.

Unrest became volatile after an announcement earlier on Friday that fireworks would be banned for the second New Year’s Eve in a row to prevent a rush of firework-related injuries into hospitals already strained from the pandemic.

The riots continued Saturday night and spilled into Sunday morning, resulting in 40 detained and 19 arrests within the city. At one point, groups of rioters rushed the fields of two different Eredivisie league soccer games to set off fireworks. Police countered the protestors with water cannons, dogs, and a mounted police force. Still, there were resulting injuries.

“Three rioters were wounded when they were hit by bullets. They remain in hospital,” the police stated. It’s unclear if the bullets were fired by police or by somebody else.

The police also reported 5 injuries in their own force, stating that one of these injuries was serious.

Other provinces in the Netherlands, like the southern Limburg and the northern Flevoland, reported public disturbances and an additional 13 arrests.

On Saturday in Vienna, a protest also turned violent after 10,000 people joined together to protest lockdown measures and mandatory vaccinations. Thousands of others protested throughout Switzerland, Croatia, Italy, Northern Ireland, the Netherlands, and North Macedonia to show their growing distaste with government restrictions.

Apple’s electric car could debut as soon as 2025