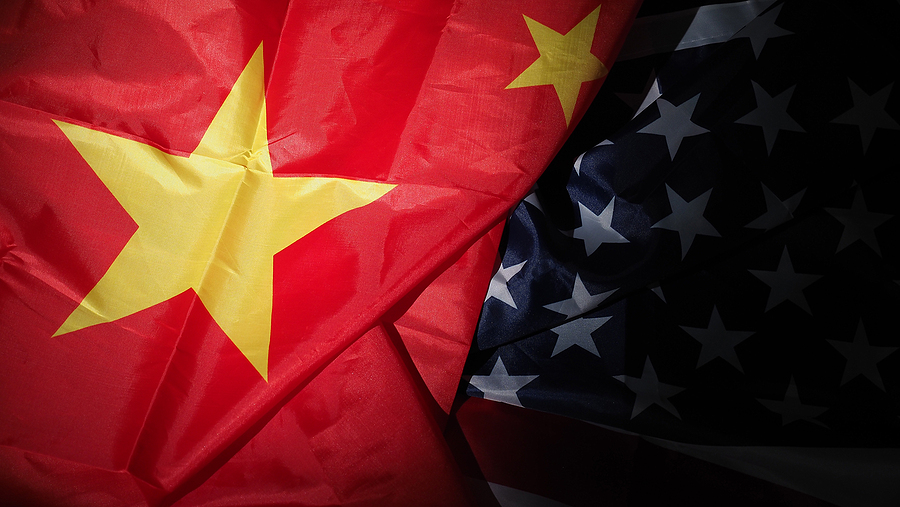 Joe Biden wanted a 10 percent cut in his son’s deal with a Chinese-government-linked energy conglomerate while serving as vice president, according to a recently-published bombshell book.

The book contains emails and documents retrieved from Hunter Biden’s now-infamous laptop that was discovered in 2019. While the mainstream media has largely ignored the bombshell laptop story and President Biden’s possible ties to Communist China, Devine reveals concerning details of the Biden family’s purported quest to benefit financially from Joe Biden’s position in the White House. Specifically the book discusses a multimillion-dollar agreement Hunter had to peddle Chinese influence in the U.S.

Based on excerpts from hundreds of emails discovered on Hunter Biden’s laptop said to have been recovered from a Delaware repair shop in April of 2019 along with WhatsApp message transcripts, Devine lays out a damning picture of the younger Biden’s efforts to cash in on his father’s influence. More importantly, she portrays that Joe Biden had knowledge of and participation in the CEFC deal, a claim he denied during his 2020 presidential campaign.

Hunter Biden’s ex-business associate Tony Bobulinski, who helped broker the CEFC deal at the time accused Biden of lying about his involvement:

I have heard Joe Biden say he has never discussed his dealings with Hunter. That is false. I have firsthand knowledge about this because I directly dealt with the Biden family, including Joe Biden.

An excerpt from Devine’s book, published with her permission in the Post, indicates that Bobulinski incorporated Sino-Hawk Holdings LLC in May of 2017. The company was described in the contract as “a global investment firm seeded with $10 million of Chinese money that would buy projects in the US and around the world ‘in global and/or domestic infrastructure, energy, financial services and other strategic sectors.’”

Another excerpt from the purported contract shows that Oneida Holdings LLC, another firm set up by Bobulinski, would have 50 percent ownership in Sino-Hawk with CEFC Chairman Ye Jianming owning the remaining 50 percent. According to a recently revealed email sent amongst the investors, Oneida’s equity breakdown is listed as follows:

During his shocking interview, Bobulinski confirmed that the “big guy” referenced in the emails was, in fact, Joe Biden.

Such allegations, if true, show that then Vice President Biden profited off of his position in the White House in direct violation of Federal Regulations Code 5 CFR § 2635.702 – Use of public office for private gain, which states:

Hunter Biden has been the focus of increased scrutiny for his profitable business dealings in China and Russia. It was revealed earlier this month that his company helped a Chinese firm acquire the world’s largest cobalt mine in a $3.8 million deal. In 2020, he was investigated for potentially violating tax and money laundering laws in his foreign business dealings, particularly in China.

Earlier this month, Grassley and Sen. Ron Johnson (R-Wis.) released additional evidence which detailed Hunter Biden’s ties to Chinese businessmen linked to the Communist government in a letter addressed to U.S. Attorney General Merrick Garland. The two senators co-authored the “Biden Report” last year detailing “questionable financial transactions between Hunter Biden and his associates and foreign individuals, including the wife of the former mayor of Moscow and individuals with ties to the Chinese Communist Party.”

During his Congressional address, Grassley noted that, when the “Biden Report” was initially released, Sen. Chuck Schumer (D-N.Y.) dismissed its validity, saying it “reads as if Putin wrote it.” Schumer was joined by other Democratic politicians and several mainstream media outlets in calling the evidence “Russian propaganda.”

“So, to my Democratic colleagues who falsely smeared our report: you now chair committees that have jurisdiction over these matters,” said Grassley. “I challenge you to use the same effort and energy that you exerted in the Trump/Russia investigation to expose the extensive ties between the communist Chinese regime and members of the Biden family.”

Grassley’s address to Congress can be seen in full here.

Princeton develops camera size of a grain of salt