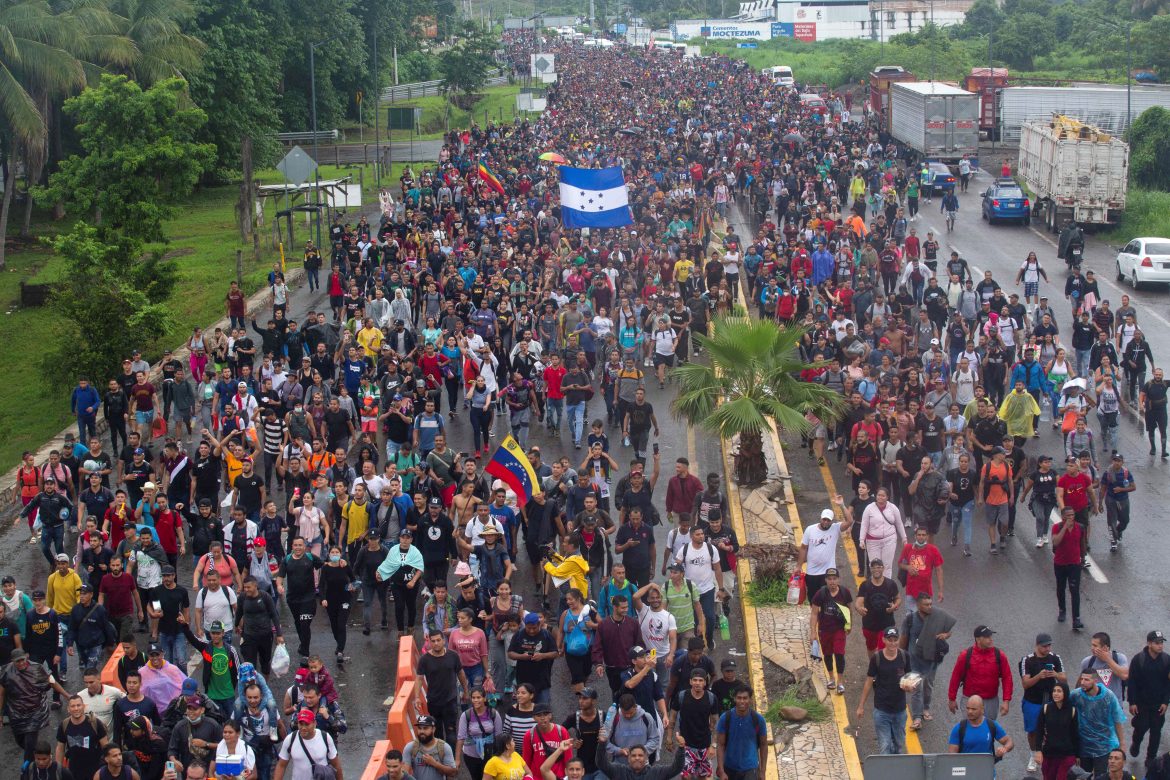 A caravan of migrants making their way to the U.S. southern border is on track to become the largest to date. Ten thousand asylum seekers departed from Tapachula, Mexico on Monday, a number that is expected to swell to fifteen thousand by the time they reach the U.S.-Mexico border.

A Haitian migrant traveling in the caravan told a Fox News correspondent on Friday that he is confident President Biden will keep his word about ending Title 42, despite a court ruling that has kept the expulsion policy in place.

“He promised the Haitian community he will help them,” the migrant said. “He will recall Title 42. He will help us have real asylum.”

Migrants from Cuba, Haiti, Nicaragua, and Venezuela have begun the long trek to the U.S. border along what is known as the coastal route.

“We consider we are around 9,500,” the caravan’s organizer, Luis Villagran, told Fox News Monday. “People keep on joining. In the first police check, there were approx 100-150 national guard, INM, state police, and [they] let us through freely,” he continued.

The Biden administration, meanwhile, continues its fight to roll back the Trump-era COVID-19 health policy that allowed border agents to bypass lengthy legal procedures and expel millions of asylum seekers. A Louisiana District judge blocked the CDC’s plan to repeal the policy last month in a lawsuit brought by 24 states.

Despite the ruling, the mere attempt by the administration to lift the policy has served as enough impetus for the migrants to make their way, en masse, to America’s southern border.

The crisis has become a political quagmire for an increasingly unpopular president, prompting Biden to embark on a more hardline, albeit short-lived, approach to immigration that appears to have done little to mitigate the crisis.

“Don’t leave your town or city or community,” Biden said last year in an ABC interview. “We’re gonna make sure we have facilities in those cities and towns run by department of — by DHS and also access with HHS, the Health and Human Services, to say you can apply for asylum from where you are right now.”

But migrants sifting through the mixed messaging have decided that the president’s actions hold more weight than his words and are banking on his administration’s efforts to lift Title 42 as the means through which they can gain asylum.

“Now we need him to keep his promise,” the Haitain migrant said.